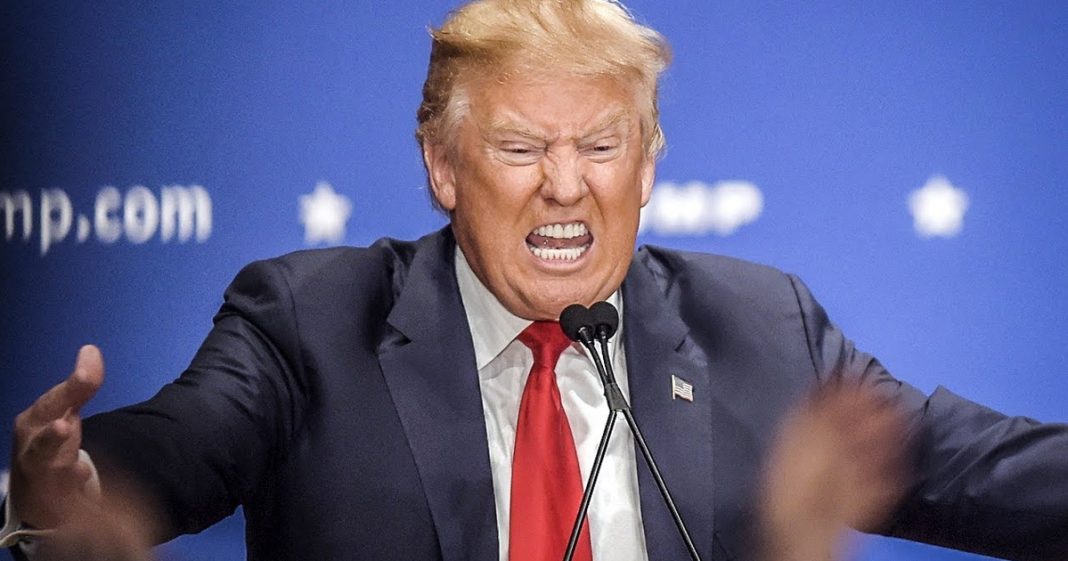 According to the latest polls, 67% of Americans believe that Donald Trump is a horrible role model for children in this country, and 90% of them believe that a President SHOULD be seen as someone that kids should look up to. This presents a problem for Trump, and the increase in bullying being reported by schools across the country has already been attributed to Trump’s behavior. Ring of Fire’s Farron Cousins discusses this.

Polls have proven to really not be Donald Trump’s best friends. Recently, we’ve seen polls showing that his approval rating is still going down, the amount of people that believe he is biased against black people is going up, and one of the latest polls shows that 67% of people in the United States do not view Donald Trump as a good role model for children.

To be honest, can you blame these two-thirds of people for not wanting their kids to be like Trump? Absolutely not. In fact, you have to question the remaining third of people who say, “Yes, he is a positive role model.” You have to wonder what the hell they’re thinking. What’s so positive about paying a porn actress $130,000 to stay quiet a few weeks before the election so that you don’t ruin your reputation? What’s so role-model-like of saying that you like to sexually assault women even when you know they don’t want it or even when they’re married, and you say that on tape? What is so admirable about anything Donald Trump has ever done in his life? What’s so admirable about Trump University, or Trump Stakes, or those four different casino bankruptcies, or Trump Airlines? The list goes on and on.

This man has somehow managed to fail his way to the top, and at least two-thirds of people in this country finally understand that. Sure, they probably want the same kind of thing for themselves, money, power, but they don’t want their kids to be like that. They don’t want their kids to grow up and see that that’s how you get ahead in life or that’s how you become a decent human being. They understand that that’s not the case. To be honest, as a parent with four kids of my own, I do not want a single one of them to grow up and to be anything resembling what Donald Trump is, and I hope that most other parents in this country, those who don’t already agree with that, I hope they come around very soon because the last thing we need is a new generation of kids who were brought up idolizing Donald Trump.