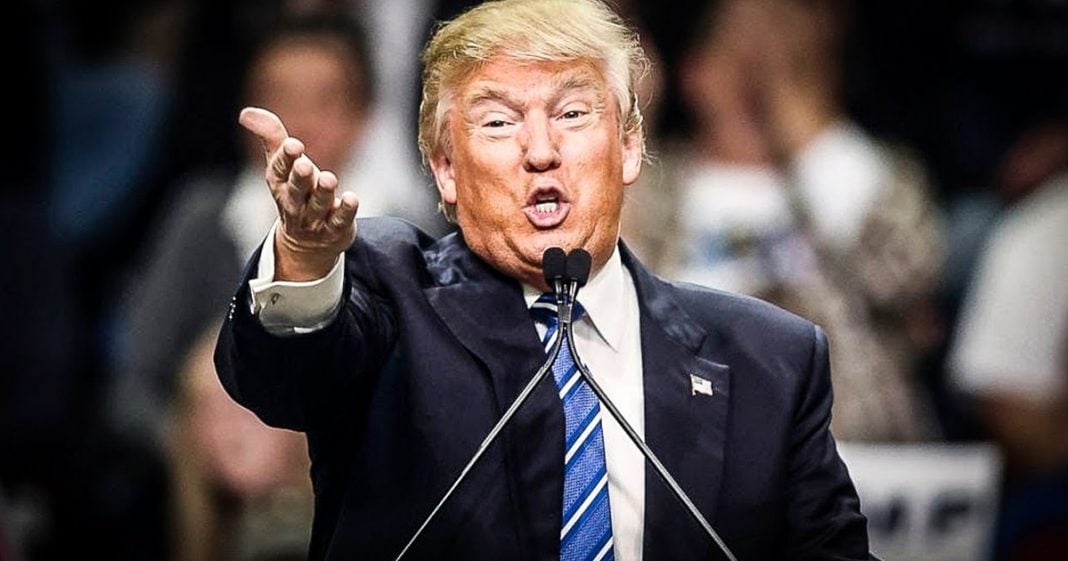 Donald Trump has decided that he’s going to single-handedly kill the renewable energy industry in the United States by imposing a 30% tax on imported solar panels. This tax is going to cripple the growing industry that was on pace to take over the country’s leading producer of energy, and Trump understands that perfectly, which is why he did it. Ring of Fire’s Farron Cousins discusses this.

They’re outpacing coal, natural gas, fracking, and even the oil industry in some regards; and it’s because of that that Donald Trump has decided to take a sledge hammer to the progress being made by the renewable energy industry in the United States.

At the time, when Republicans are talking about cutting taxes for all corporations, all industries, all wealthy people, they’re raising taxes on solar panels to help destroy the renewable energy industry in the United States in order to protect their buddies over in the fossil fuels sector.

Donald Trump has made it clear that he does not believe in climate change, and he does not even like renewable energy. He told us repeatedly on the campaign trail and in his last year of being president that coal jobs were coming back.

Well, they haven’t come back. They’re, in fact, still losing jobs because nobody wants to use coal anymore; but, not to be outdone, Donald Trump decided, “Well, you know what? If you don’t want to use coal, I’m going to make solar power, renewable energy, so damn expensive that you have no choice. That’s going to get me those coal votes in 2020, assuming I don’t go to prison before that election.”

That’s what we’re talking about here today. I have never in my lifetime, and I don’t think there ever has been in history, seen an administration in the White House be so hostile towards science, because that’s what’s at the root of all this. It’s not just that he’s taxing renewable energy to help drive them out of business, it’s that he’s also doing it because he doesn’t believe climate change is real!

I mean, the other … If you want to talk about dumb science, things from administrations, I guess, the only other thing that would compare to this was when John Adams decided to green light an expedition to go to the center of the earth because he thought the earth was hollow. That’s, essentially, what we’re dealing with here today, except that Donald Trump has plenty of evidence telling him that climate change exists. He just choose to ignore it.

He has the most well-informed, well meaning people at his disposal here in the United States, and, really, all around the globe, and yet he chooses to embrace ignorance, because that’s the only thing he understands.

For those of us who care about the environment, I’m sure we’re going to find a way to come up with that extra 30% charge that he’s putting on solar panels, but most people in this country aren’t going to be able to afford that. Governments who were thinking about, or, state governments, I should say, who were thinking about starting solar farms, they’re not going to be able to afford it anymore.

Instead, we’re going to get more years of using fossil fuels, spewing carbon into the atmosphere, and destroying the planet, all because Donald Trump is a complete science-denying moron.