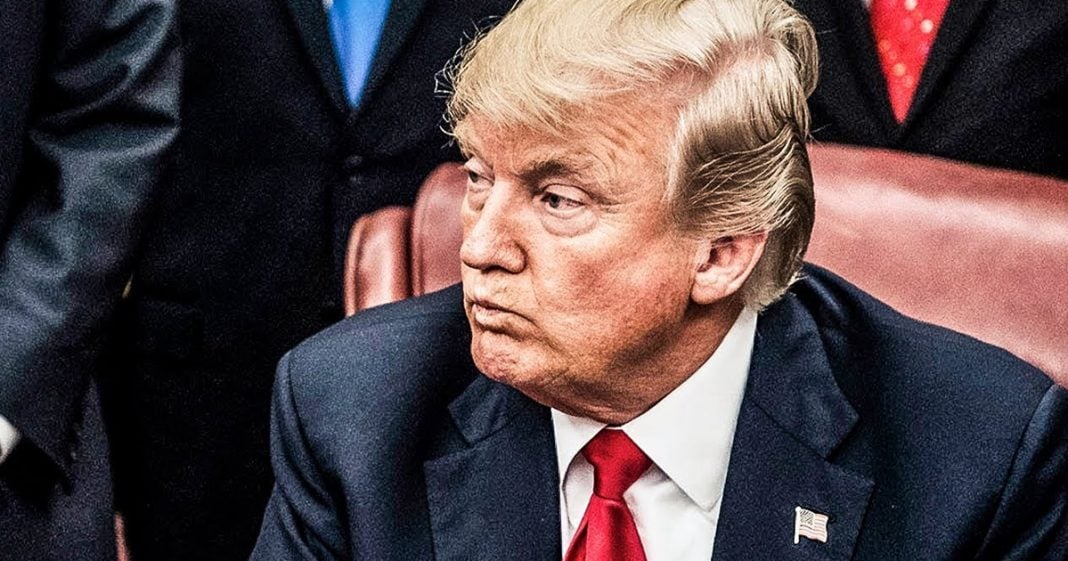 According to the latest round of global polling, the majority of non-US citizens and governments around the globe are not happy about Donald Trump, and they have lost a great deal of respect and trust in the United States because of Trump. How will this effect the global standing of the United States? Ring of Fire’s Farron Cousins explains why this is bad news for our country.

Last week a poll was released showing that the United States has lost its global standing amongst other countries, to levels even lower than they were during the George W. Bush Administration. Now, since that one poll came out, several other global polls have been released confirming that, yes, around the globe the United States’ image has fallen to about 30% approval rating, and trust rating, amongst about 134 other countries around the globe. There is a reason why people no longer trust us, or respect us, or look to us as leaders. And that reason, according to these polls, is because of Donald Trump.

The reason America’s image abroad has fallen is because of Donal Trump, his words, his words against other foreign leaders, mayors in places like London. His actions across the globe. His murdering of civilians with attacks overseas. That’s why people don’t like us. This particular story that came out in the Washington Post, talking about all these polls, actually hits on a very good point. During the George W. Bush Administration, when the global image of the United States began to fall, it sparked violence against Americans overseas. Especially, in areas that we had invaded and started unwinnable wars.

The hatred against the United States is what sparked the resurgence of Al Qaeda. That later on, evolved and became Islamic State that we’re currently fighting, God knows where, throughout the world. As long as Donald Trump is in office, and as long and people across the globe continue to start hating the United States, it’s only going to further violence against American citizens and American troops all over the planet. That’s what this does. We’ve seen it in the past. We saw it during the Bush years, and we’re beginning to see it now. That is why this is important.

Donald Trump and his America first policies may look good on paper, hell, it’s a great campaign talking point to idiotic supporters who don’t know any better. But in the real world, where there’s not just one country. Where you have to be a global partner with everyone else to get things done, America first doesn’t work. It is a very selfish and greedy and insular way of thinking, but that is what Donald Trump and his Republican supports are. They don’t give a damn about anybody else. They don’t give a damn about the future. They just care about the right here, right now, what can I get out of this. And that’s not anyway to run a country, and we’re seeing it now.

We need our allies. We need them for trade, for support, if we have to go and do a war. We need them in case we need help financially, but Donald Trump is destroying that, and it’s getting worse every single month. The worst part is, his idiotic supporters don’t seem to be able to understand that the United States cannot go it alone in this world. We need the support of everyone else. We need people to look up to us. And because of Donald Trump, they no longer do.