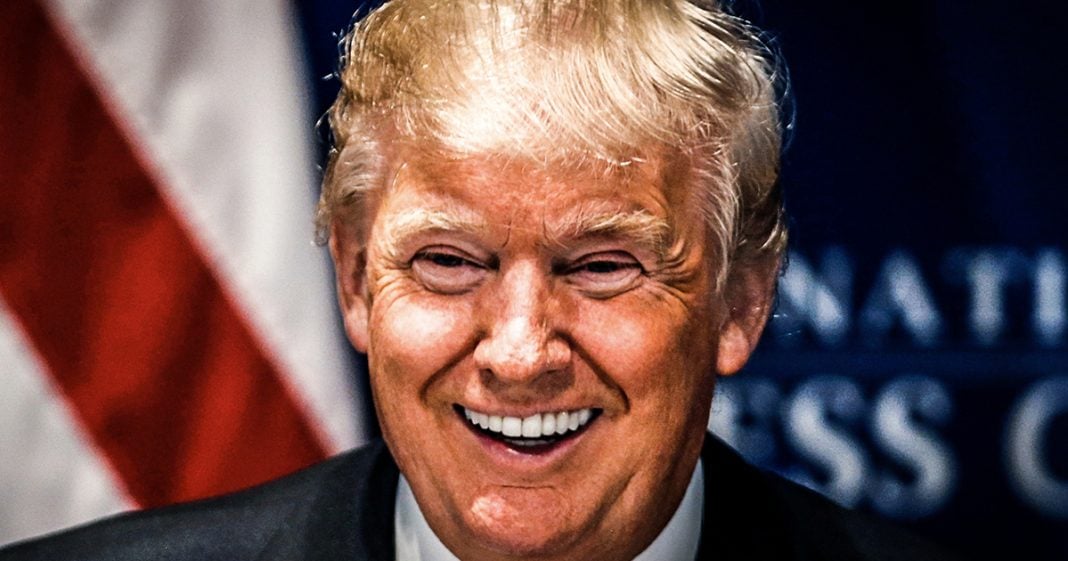 A new rule being pursued by the Trump Department of Labor would allow employers to legally steal the tips from their workers as long as they are paying their workers minimum wage. This will result in billions of dollars lost each year, mostly among female employees, but this is exactly what we’ve come to expect from the Trump administration. Ring of Fire’s Farron Cousins explains the proposed rule.

A lot’s been said about Donald Trump’s environmental policy, about his foreign policy, about his tax policy but so far we really don’t know too much about what’s happening at Donald Trump’s Department of Labor as far as what happens to American workers under this labor department policy. Well if you’re an hourly employee that receives tips as part of your wage, you’re probably going to get a pay decrease any day now. According to reports Donald Trump’s labor department is proposing and reviewing a new rule that would allow employers to legally steal the tips of hourly employees so long as that company pays those employees at least minimum wage.

Here’s what that means. That means if you’re a server in the United States or any other occupation where your primary source of income is tips from clients, those tips are no longer going to go for you. When somebody fills out their little credit receipt after eating their meal and they write down a tip, you don’t get that money any more. Instead that money, according to this proposed rule from the Department of Labor, goes to your employer. They may then choose to either give it to you, to keep it for themselves or as the labor department thinks is going to happen, kind of split it up a little amongst back of the house employees. People working in the kitchen, people working in administrative positions, otherwise people who wouldn’t normally receive those tips because they get higher wages to begin with.

This rule has the potential to cost the economy more than $5 billion every single year if those tips are taken away from those employees. Now as someone who has spent many years working in restaurants, I can tell you that this isn’t a job that people take because they love it. Trust me. A lot of servers, and I know there’s probably some who do fall under that category and that’s fine, but a lot of servers are younger people trying to get through college, just starting out, not sure what to do so they start waiting tables for a while until they move on. Those tips are everything for them. If they do not get those tips, they can’t pay their bills. A lot of us in the service industry had been in that position at one point or another especially during the time that I was waiting tables.

And now Trump’s Department of Labor thinks that it’s perfectly fine to steal those tips. The hard earned money because waiting tables, believe or not, not such an easy job. Not a fun job by any stretch of the imagination. And they want to take the small tips that these people get and keep it for themselves. This is especially true for chain restaurants, smaller locally owned businesses won’t necessarily gain as much but chain restaurants, when you have three, 400, 500 or more locations across the country and you steal wages, steal the tips from every single employee you’ve got, that’s real money that adds up quickly for the CEOs of those organizations and Donald Trump and his labor department feels that that is perfectly okay.