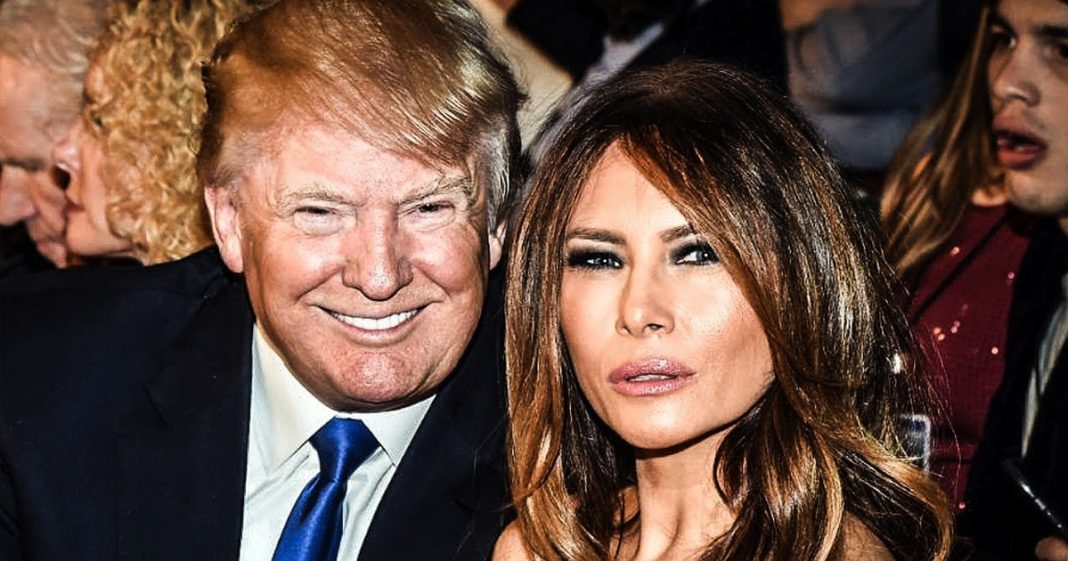 Donald and Melania Trump reached out to the Guggenheim Museum recently to see if they could “borrow” a Van Gogh painting to hang in their living quarters in The White House. The Guggenheim apparently has a sense of humor though, and instead of offering the couple the Van Gogh, they offered them up a used solid gold toilet instead. Ring of Fire’s Farron Cousins explains why the gesture is perfectly fitting for the Trumps.

Donald and Melania Trump were hoping to kind of spruce up their living quarters in the White House, so they recently wrote a letter to the Guggenheim Museum requesting a 1888 painting by Vincent Van Gogh called Landscape with Snow. Now this is a very popular painting. It’s a very priceless painting. And they were hoping that the Guggenheim would lend it to the first family to hang in their living quarters for the duration of the presidency. Well, the Guggenheim obviously doesn’t want to part with such a wonderful painting that brings in a lot of tourists. So instead of offering them the painting or any other painting or even a picture that their kids had drawn, the Guggenheim instead offered the Trumps a solid gold toilet that was part of a satirical exhibit that is no longer running. The exhibit was called America.

It was created to show the excess and the basically overall disgusting wealth that Americans abuse, that the wealthy elite people like Donald Trump, the money that they flush away. So the Guggenheim thought that, you know what? A guy like Donald Trump who we’ve seen in pictures loves to be surrounded by gold. Let’s offer him this gold toilet instead of the priceless painting that he wanted. And it gets even better. You see, the toilet, not only was it part of an exhibit, but the exhibit was in a bathroom at the Guggenheim that was open to the public and, yes, that golden toilet was used by visitors. So they didn’t just offer Donald Trump a golden to, they offered him a used golden toilet.

You know this story may not grab too much attention in the national press and it probably shouldn’t. It’s not a huge story. But what’s real fun here is the fact that such a distinguished group like the Guggenheim Museum is willing to poke fun at the President because even they, as pretentious as they might be, understand what Donald Trump is all about. It’s all about extravagance, it’s all about being over the top, it’s all about luxury, it’s all about showing that you have more. And what better way to do that than by having a golden toilet sitting in your bathroom?