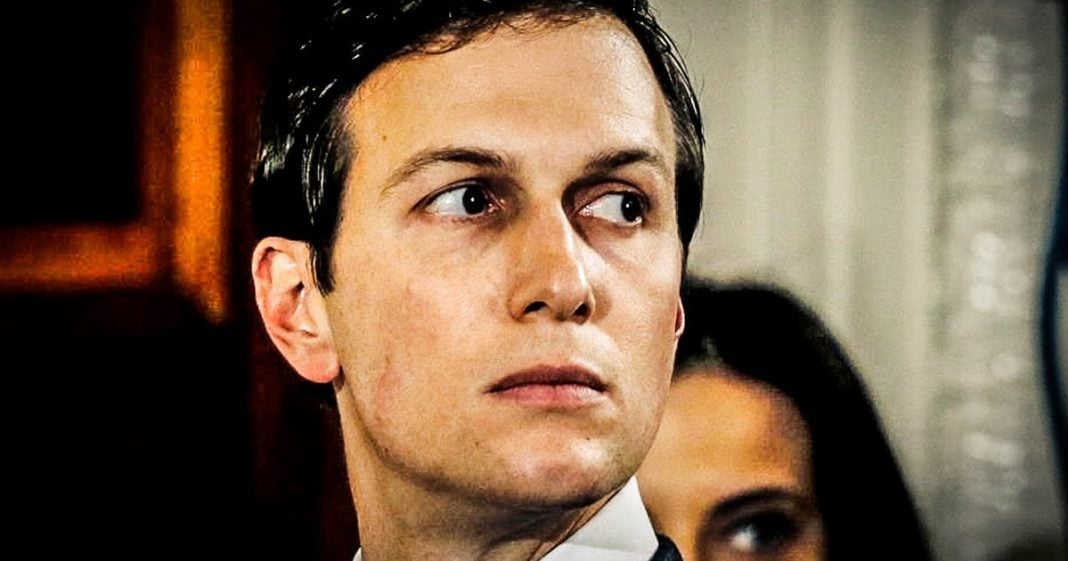 Republican Senator Chuck Grassley, the chair of the Senate Judiciary Committee, says that he will not be calling Jared Kushner to testify about his Trump Tower meeting because the Democrats on the committee have “spooked him.” If Kushner is too afraid to testify, that likely means that he has something to hide that could implicate him in a crime, as Ring of Fire’s Farron Cousins explains.

Donald Trump’s son-in-law, Jared Kushner, is a very fragile little creature. Not only does he have significant problems filling out every single form that he’s been required to fill out for the last year, but apparently, he’s so easily spooked that he will not have to testify in front of the Senate Judiciary Committee about that Trump Tower meeting that took place in June of 2016. According to Republican Senator, Chuck Grassley, the Chair of the Senate Judiciary Committee, he’s not going to call Jared Kushner in to testify about that meeting because according to Grassley, the Democrats have “spooked him.” They’ve scared him. He was a frightened little turtle and now he’s crawled up into his shell because he’s so terrified of those big bad democrats that Republicans tell us are weak, and worthless, and can’t get anything done.

Well, here’s what’s happening right now with the Senate Judiciary Committee. We have two Democrats, Blumenthal and Whitehouse on that committee that are trying to get the transcript of Don Junior’s testimony about that Trump Tower meeting released to Robert Mueller and hopefully to the public. Jared Kushner understands that. He also understands, in addition to Whitehouse and Blumenthal, Chuck Grassley’s also in favor of giving that testimony over to Mueller so he can aid in his investigation. Jared Kushner is afraid of that. He’s afraid that if he goes and speaks before the Senate Judiciary Committee that he’s going to say something that’s then going to be used in the investigation.

Now, why would somebody who has done nothing wrong be afraid that their words would be used in an investigation against them? Huh, doesn’t really make a lot of sense, but if you flip that and somebody who did do something wrong doesn’t want to testify because it could be used against them. That makes a hell of a lot more sense and I firmly believe that that’s the situation we’re looking at here with Jared Kushner. Yeah, he is a little spooked by the members of that Judiciary Committee and he damn well should be. Jared Kushner is the little nut that is going to crack and break this investigation open even further. He is the kind of guy that you put the slightest amount of pressure on him and he is going to squeal everything he’s ever known throughout his entire life. The investigators on the Senate Judiciary Committee understand it and I’m willing to bet that Bob Mueller, the Special Prosecutor, he probably understands that too.