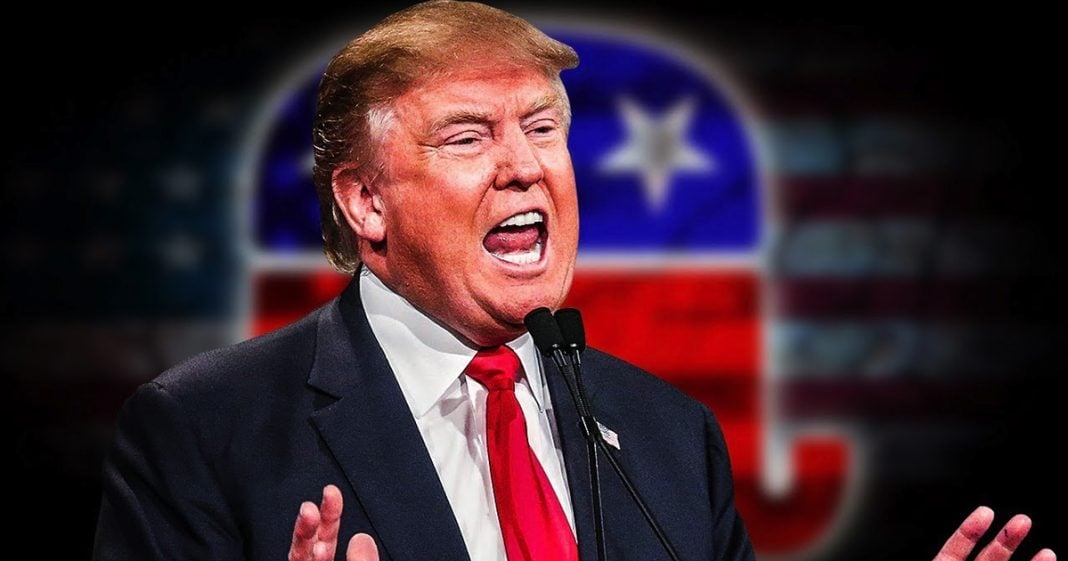 Donald Trump and his Republican allies have been screaming at the top of their lungs for the last two weeks about missing text messages and alleged “secret societies” that intelligence officials have created to overthrow Trump. Well, the missing text message that discusses the “secret society” has been uncovered, and it turns out that it was a sarcastic text meant to mock Republicans. Ring of Fire’s Farron Cousins discusses this.

For the last few weeks, the Republican Party, Fox News and all their little hosts, and even Donald Trump himself, all of these groups seem to have gone on some kind of weird mental decline, where they’re all willing to buy into conspiracy theories that were once relegated only to shows like Alex Jones. The most recent conspiracy theory being pushed around by Republicans, started by Republican Senator Ron Johnson, is that there is some kind of secret society operating with members of the intelligence community. They meet offsite, according to Johnson, and they’re basically plotting to overthrow Donald Trump.

Now, before we get into that, we have to tell a little bit of backstory here because there’s also the issue Republicans are pushing about the 50 to 55,000 missing text messages between Peter Struck and Lisa Page, the two people that were removed from Muller’s investigative team after their political bias was found out by the agency. Now, those 50 to 55,000 missing text messages, according to Republicans, are what tell the story of the secret society. Well, on Wednesday night, the text message specifically mentioning the secret society was revealed to the public. And here’s what it had to say, it came from Lisa Page to Peter Struck:

“Are you even going to give out your calendars? Seems kind of depressing. Maybe it should just be the first meeting of the secret society.”

Now, I’ve never been a member of a secret society, but I have to imagine if you were a member of a secret society, you wouldn’t be talking about the fact that you’re a member of a secret society. And like most rational-thinking American citizens, I can pretty much tell that this was written with sarcasm. This was a sarcastic text messages meant to mock others, and yet that is what Ron Johnson and the rest of the Republicans, and Fox News, and Donald Trump, have built their entire conspiracy around. The fact that they misread one single sarcastic text message, that is how desperate these morons have gotten. And yes, they are morons. Anyone who believes in this conspiracy theory is a moron. You’re choosing to be ignorant about the issue because you don’t take the time to read.

This has reached levels that are absolutely insane in the United States today. The Republican Party is losing its mind trying to undermine intelligence agencies just to protect Donald Trump. Fox News is in the same boat, and they’re still pushing it. They don’t care about this text message, they want us to believe there is really some kind of secret society hellbent on overthrowing Donald Trump, because she tweeted, or texted, excuse me, about a secret society, and because occasionally they meet offsite, presumably to have a few drinks with colleagues, which is commonplace. The Republicans have lost their minds, and so has any American citizen that buys in to this conspiracy theory garbage that they’re pushing on all of us.