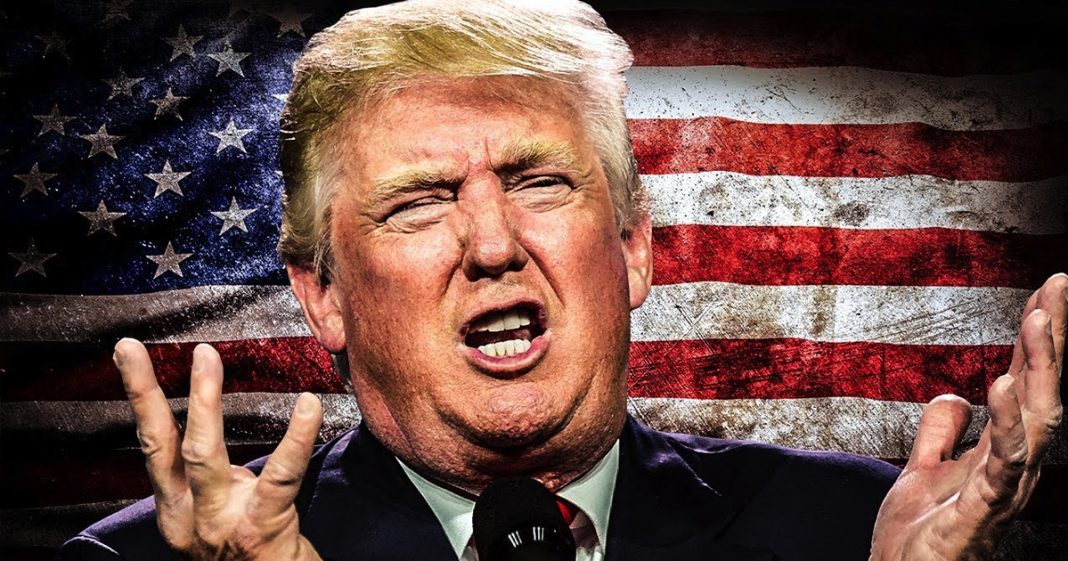 According to the latest numbers, the tourism industry in the United States has lost roughly 40,000 jobs in the last year due to dwindling tourism numbers from overseas visitors. Those in the industry say that Trump is to blame, and global surveys of attitudes towards the United States appear to confirm that information. If Trump is serious about creating jobs in the US, the best thing he could do is resign from office, as Ring of Fire’s Farron Cousins explains.

Over the last eight or nine months, we’ve seen reports coming in from people in the travel industry talking about the fact that tourism levels are dropping in the United States of people coming from out of the country to visit the United States.

Those in the travel industry admit that is because of Donald Trump’s presidency that fewer and fewer people from overseas are willing and wanting to come into the United States.

Donald Trump is the guy who a lot of people in this country were duped into believing was going to bring back American jobs. So far all of the jobs that he allegedly saved have already now been shipped off to Mexico and meanwhile he is sitting here being such a jackass on a world stage that nobody wants to come here and he cost us another 40,000 jobs.

When you look at all the jobs lost in wake of the tax break bonuses that were handed out, that’s another few ten thousand jobs here and there. 10,000 jobs there, 10,000 jobs over here. But yet they’re only focusing on the fact that maybe a thousand or 10,000 employees are getting a $1,000 one time bonus.

We are losing jobs at an alarming rate in this country. Job growth for 2017 grew slower than it did during Obama’s last few years in office. And yet Donald Trump and the republicans want us to think that somehow jobs are booming.

We’re going to see very quickly a remarkable dip in the number of new jobs created in the United States. And it is all because of Donald Trump. He is driving slow growth in the United States. Slow growth that they want to tell you is quick growth, but anybody who can read a chart can see, “Oh, no. Things are starting to go the other way.”

And his personal attitude? It make not affect jobs in the United States as far as corporations are concerned, but it sure as hell is hurting the tourism industry. 40,000 jobs in 12 months. So do the math. If he serves a full four year term, we’re talking about 160,000 jobs within the tourism industry. Young and old, high wage, low wage. Service industry to executives. People are losing jobs because Donald Trump is quite frankly a jerk to everyone around the globe.

It doesn’t seem like a very good reason for somebody to lose their job, yet 40,000 Americans are now in that position.