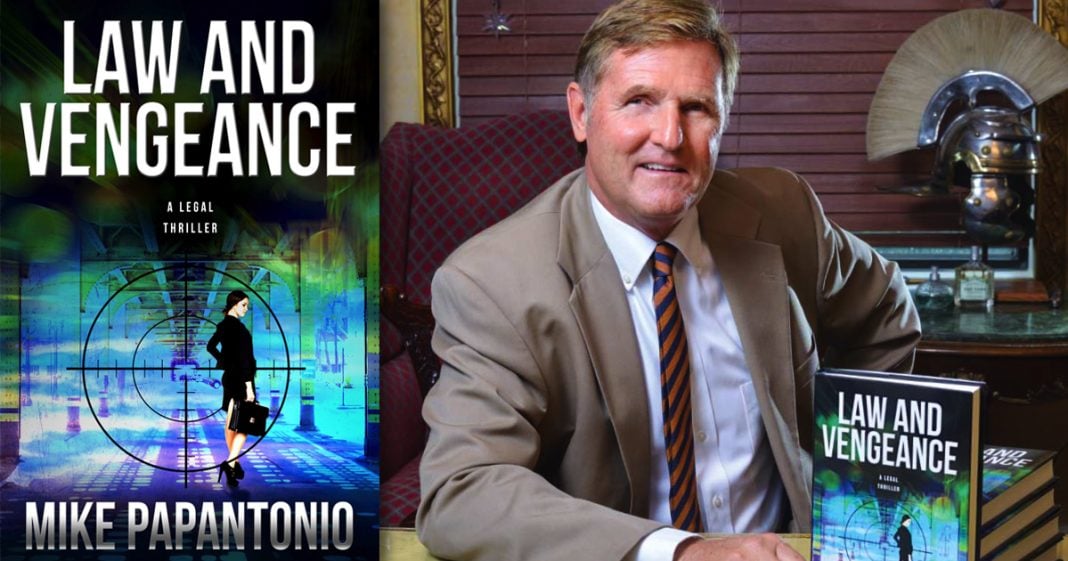 Via Pensacola Magazine – By Kelly Oden

Your professional career is well documented. What can you tell me about your upbringing?
Well, I was raised by a lot of different families, so it’s an interesting thing. I was raised primarily in Florida. I was born in New York, and I think I came to Florida when I was six weeks old or something crazy like that and I’ve been in Florida all my life. I was raised around Arcadia, Bradenton, Sarasota, Ft. Myers, Tampa, and St. Petersburg by different fami- lies and it was a great way to be raised because you learn so much. From every family you take some- thing different. One family, somebody in the family was an artist and they taught me how to oil paint. In another family, music was very important and they helped me become a musician. Another family got me interested in writing. With another family, I lived with a WWII flight instructor and he taught me how to fly at a very early age.

I understand you were a journalism major as an undergraduate?
Yes, I was a news editing major at University of Florida and I intended to work in the area of jour- nalism. My goal was to be a foreign correspondent and I was setting up for that, actually. I guess the last thing I had to get was command of a language. Back then everything was happening in South America. You had issues with conflict in about five areas in South America so foreign correspondents were go- ing there. I figured that’s where I’d end up, but it didn’t work out. I ended up going another route.

What got you interested in writing legal thrillers?
Great question. Well, you know, for a long time I’ve worked in media. I was probably the only liberal on Fox News for a while, then I did MSNBC and all along, whether it was CNN or whatever, I real- ized that these stories can’t be told. Written media typically doesn’t have the national advertiser prob- lem. But when you have, say MSNBC, and they’ve got eight pharmaceutical advertisements an hour and you want to do a story on Bayer because their product, Yaz, has killed women between the ages of 18-35. You would think the producers would say, “This is an important story,” but unfortunately the power of money, especially in television and co- operate media is overwhelming. You can’t tell the stories.

So what’s happened is, in order for people to hear these stories, sometimes this is the only kind of vehicle they can have. They can read a good thriller and hopefully it’s going to be an entertain- ing thriller for them, but then they can walk away and say “Well, what did I learn?” In these books they learn an awful lot about the dysfunction of the Department of Justice. They learn how predatory the pharmaceutical industry is, they learn that ev- erything is stacked against the whistle blower. So I think it opens some peoples’ eyes along the way. The vehicle of the book gives me many things to talk about. I think it’s kind of incumbent on a law- yer that’s writing about issues that they’re aware of to understand that maybe nobody else is aware of them and to try to get those stories out.

To what extent are the legal issues and happen- ings in your books factual?
Entirely. When you’re reading what happened in the case, it’s going to be accurate. Obviously it’s dressed up. There are some murders involved which didn’t take place and there are some fictional char- acters that you create.

Why did you choose to make your protagonist a woman?
Gina Romano was created because I’m really kind of outraged about the way women are handled in the practice of law. It’s ridiculous. You’d think it’s the last, best haven for progressive thinking and there should be no distinction in how we treat women in the courtroom. It’s a very real problem, so Gina Romano, to me, is based on a composite of the best trial lawyers I’ve worked with and she is faced with the same problems that female trial lawyers are faced with. And, you know, having a daughter that intends to practice law, I tend to take it very seriously.

Tell me about your writing process.
The characters are so important. There are two things that I think really are important, especially about a legal thriller. One is the concept of show me, don’t tell me. In order to get there you’ve got to create the character because how does the char- acter show you anything unless you know who the character is. It’s even hard to visualize a dialog and so I think the time spent on the character is im- portant. I have a big advantage because I have so many unusual characters around me day to day, so I just borrow a little bit here and a little bit there. Add it all up and I come up with a character that I like. I genuinely like Gina Romano and I like Nick Deketomis and Martin Bergman, you know, they’re people I’d want to hang out with. I’m always look- ing for back stories. And sometimes it’s just a nu- ance. Maybe something that everybody thinks is an affectation, but actually it’s a fairly well-engrained characteristic of the character. And so I’m always looking for that. I keep notes on my telephone and so the notes section on my iPhone is always jammed up with little thoughts.

You plan on writing two more books in this se- ries, right?
I’m working on the third one now, it’s Law and Addiction. It’s actually developing as the case is de- veloping. I know what it’s about in my head. I’ve got some really interesting characters in this book. You’re kind of torn both ways because it involves drug addiction and so many people are so judgmen- tal about drug addiction they’re not willing to dig and find a way to understand. So what it does is, it takes some of those people and it’s like taking lay- ers off an onion. It may be a pretty ugly character but let me show you where it started. It started in a dentist chair where they were given 70 OxyContin. They were a brilliant student, they were wonderful in their community, they had all these positives and all of a sudden they emerge and evolve into some- thing else and they live in Zombie Land. There are actually parts of the country that are called Zombie Land. If you get into this opioid crisis, read Dream- land. It is a spectacular book.