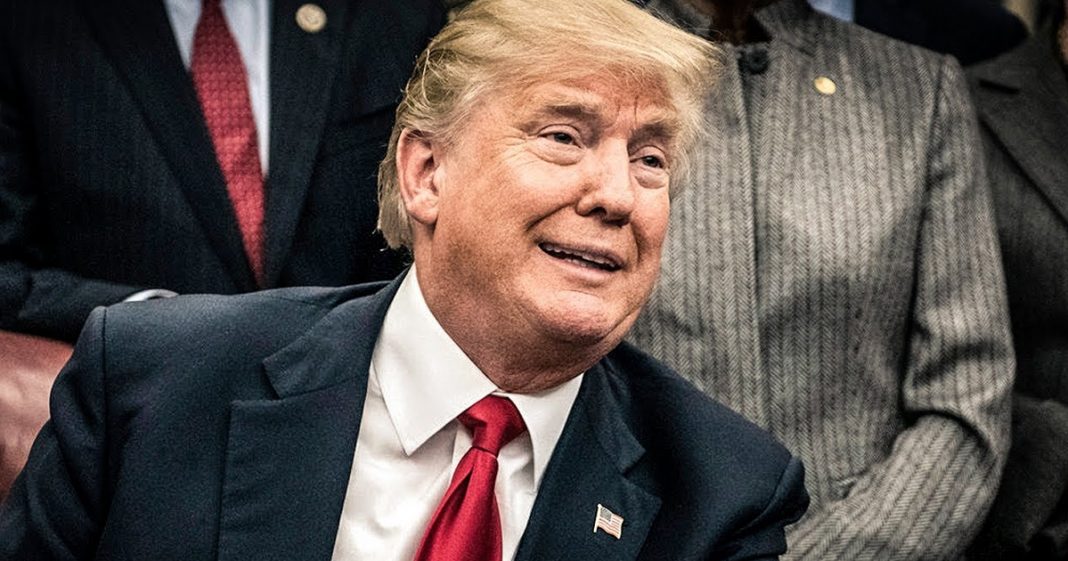 According to a new poll, a little more than 50% of American citizens agree that Donald Trump is clearly biased against people of color. But the numbers tell a much more important story than just the prejudices of the President, as Ring of Fire’s Farron Cousins explains.

According to the latest round of polling by The Washington Post and ABC News, more than half of people in the United States view Donald Trump as biased against black people here in the United States. Now this poll was conducted among several thousand US citizens, men, women, Republicans, Democrats, young, old, White, Black and Hispanic. And they really did a good job, I should say, of this sampling population that they interviewed for this particular poll.

But there is a number in this poll, buried towards the very end of this Washington Post story, that tells the real story of what’s happening here in the United States. And that is that 10% of people who still identify as strong supporters of Donald Trump and his Presidency, 10% of them, view him as biased against Black people, and yet they still support him. Or, more likely, because of that, they still support him. That little 10% that admits that he is biased, but they still support him, that’s the problematic number. And yes, it’s only 10% of a 50%, but that’s still far too large for people to say, “Yes, I think this guy is racist. And yes, I support him either in spite of or because of that.”

Now that’s the important number that Americans need to be focusing on right now because that’s the one that’s the real problem. It’s not just that we have a racist President here in the United States, it’s not just that he calls mostly African-American or Hispanic countries “shit-holes” while saying that we should bring in more people from predominantly White countries. It’s not that he is almost four times more likely to attack Black people on Twitter than he is White people. It’s not just that he calls kneeling African-American NFL players “sons of bitches” but calls White supremacists “some very fine people”. It’s that we have this portion of the population that sees that, understands it, recognizes it and processes it, and still says, “Yep. That’s my guy.” Those are the people that we have to be concerned about. Those are the people who continue putting people like Donald Trump into office. Those are the people who are holding back progress here in the United States. It is not just Donald Trump. It’s that 10% of his supporters who understand his racism and view it as what it is, and still support him in spite of it.