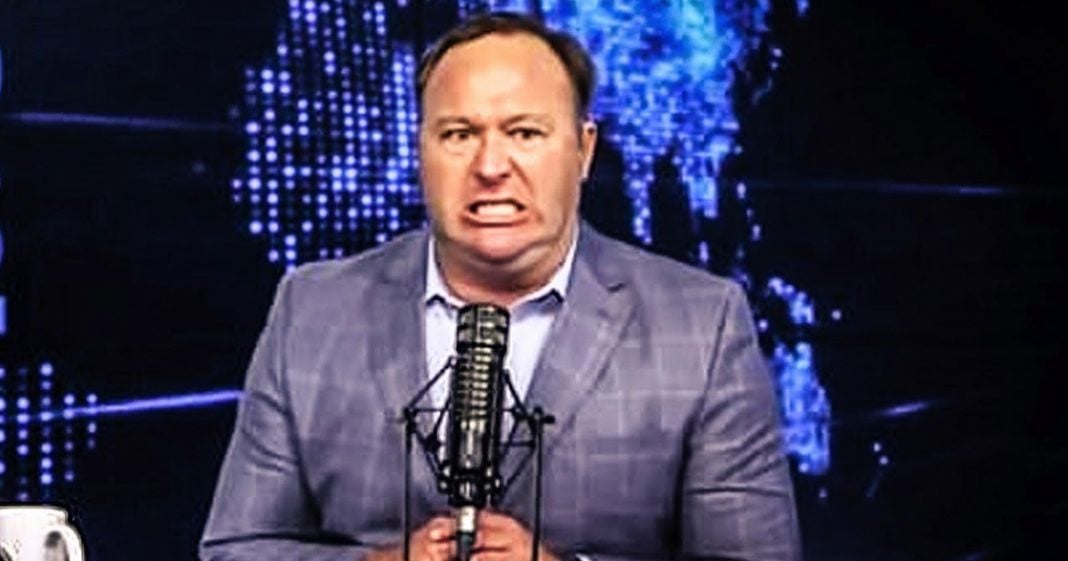 According to Alex Jones, he has received three phone calls in recent months from Donald Trump, but he hasn’t answered the calls because they come early in the morning when Jones is sleeping. Past reports have confirmed that Trump and Jones have been phone friends before, so there could be a shred of truth to Jones’ claims. Ring of Fire’s Farron Cousins discusses this.

Recently on his show, Alex Jones let a weird little nugget of information slip out to the American public. Take a look.

Alex Jones: So, I’ve talked to the CIA, FBI connections, Army Intelligence connections, former technical head of the NSA, and a bunch of other people that talk to the president. I’m going to leave it at that. I talk to the president. Haven’t talked to him in months. I’ve missed his call. Media wants a story, there it is. I missed the president’s call three times in the last few months. Uh oh, General Kelly will find out and go spank him. I just got to get up early in the morning because that’s when the calls come in his executive time. That’s what Trump does all day.

So what’s interesting here is that Alex Jones at the end of the segment says this is what he does all day. Is he referring to he does executive time all day, or he just calls Alex Jones all day? Either way it’s not really clear and to be honest, we have to take everything that this lunatic says with a grain of salt. He says he got connections at the CIA and the FBI and the da, da, da, da. I highly doubt that. I don’t think anybody serving in a respected government position, especially not those in intelligence agencies, would ever bother to call or communicate with, or even admit to being friends with a guy like Alex Jones.

Donald Trump, on the other hand, that story is a little bit more plausible, because we’ve seen reports in the past that, yes, Donald Trump does in fact call Alex Jones, and the two of them chit chat about news of the day. So, whether or not the president has once again resumed calling Alex Jones, we kind of have to take Jones’s word for that, or not take his word for it.

But in this particular instance, I’m probably going to err on the side of caution, and say that Jones isn’t being completely honest about it. I think Donald Trump probably has better things to tweet about than take the time to call Alex Jones on the phone at a time when Jones, as he pointed out, is sleeping. But the fact that Donald Trump at any point in his presidency has conferred with a guy like Alex Jones gives us all reason to worry.

Alex Jones is not somebody that any normal human being should take seriously on really any issue at all. He’s not the kind of guy that should be talking to the President of the United States. As we have pointed out numerous times over the last few years, Alex Jones is a serial liar. He makes things up. He calls all of these massive atrocities and tragedies that we’ve had in the United States false flags. Everything from school shootings to natural disaster, it’s all a false flag. It’s all the government doing this to try to take away our guns, or to wipe out populations for some reason or another. Not exactly the kind of guy that you want having the ear of the President of the United States.

So I do hope that Donald Trump is not stupid enough to pick up the phone and call Alex Jones, but unfortunately, giving Trump the benefit of the doubt of being too smart to do something, isn’t exactly something we’re accustomed to do.