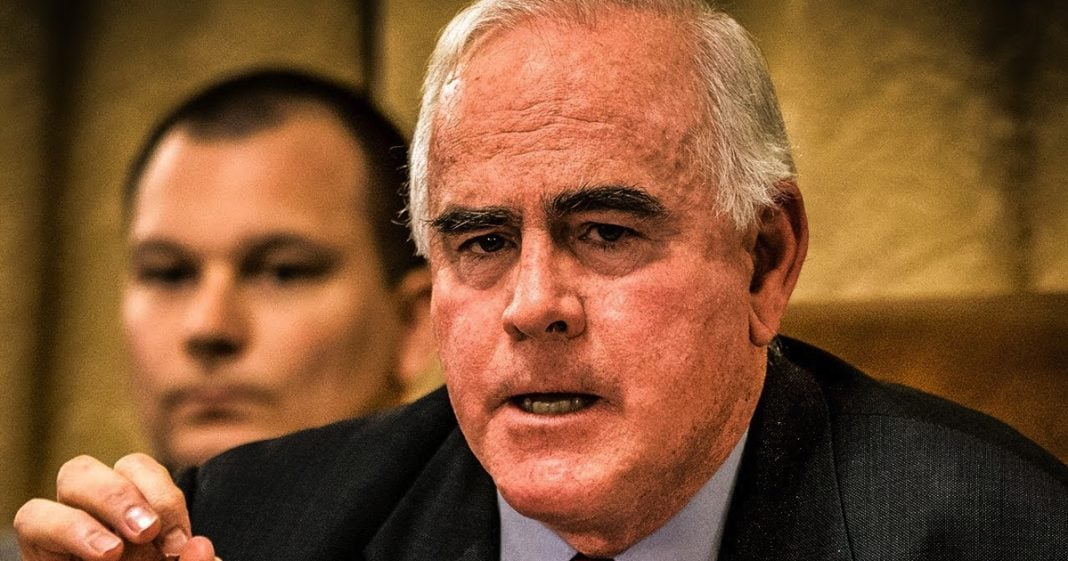 According to Republican Congressman Patrick Meehan, the reason he “lashed out” at an aide upon learning that she was in a relationship (a move that many characterized as sexual harassment and he paid a huge settlement to the aide) was because of the stress he was facing from his constituents over Obamacare. There is clearly nothing that Republicans won’t blame on Obamacare, even their own psychosis, as Ring of Fire’s Farron Cousins explains.

One of the most popular memes that was going around at least for the beginning of the Obama Administration, the first few years of it, was the Thanks Obama meme where anything bad that happened, everybody just blamed it on Obama and it became this running joke throughout the United States and even other countries. What’s funny though is that Republicans, Republican lawmakers, are actually still operating under that mindset that everything can be blamed on either Obama or on Obamacare. Case and point, Republican Congressman Patrick Meehan from Pennsylvania was recently revealed that he used taxpayer money to settle a sexual harassment claim several years ago that was filed against him by one of his aides.

Now, here is the way that story unfolded. According to the aide, Meehan took a particular interest in her, was a little overly interested in her life, would ask her personal questions that made her feel very uncomfortable. When she told him that she had a boyfriend, he went ballistic on her. According to her, he lashed out because he was so angry that this woman he had been hitting on who was working for him had a boyfriend and a personal life that he didn’t know about. Pure psychotic behavior by Congressman Meehan here. When asked about it, he denied any allegations of sexual harassment at first and then he softened to it said “I never sexually harassed her, but the reason I lashed out at her when I found out she had a boyfriend was because of Obamacare.”

He blamed his disgusting behavior towards this female aide on Obamacare. Specifically, Meehan had to say that it was because I was getting all this stress back home from my constituents about Obamacare and so because of that Obamacare stress, I lashed out at this woman when she told me she had a boyfriend. Luckily for Meehan, that kind of mental psychosis is in fact covered under Obamacare so he should go see a mental health expert immediately to find out what in the hell is wrong with him. This also goes to show that there is literally nothing that Republicans will not blame on Obamacare. You got stuck in traffic this morning, it was probably somebody trying to get to the doctor who had Obamacare coverage.

A little cloudy today, maybe it’s raining, probably because of Obamacare. You sexually harass one of your employees, it was Obamacare that made you do it. That’s what happens in the twisted deranged mind of Republican lawmakers in Washington, DC, and Patrick Meehan just proved that.