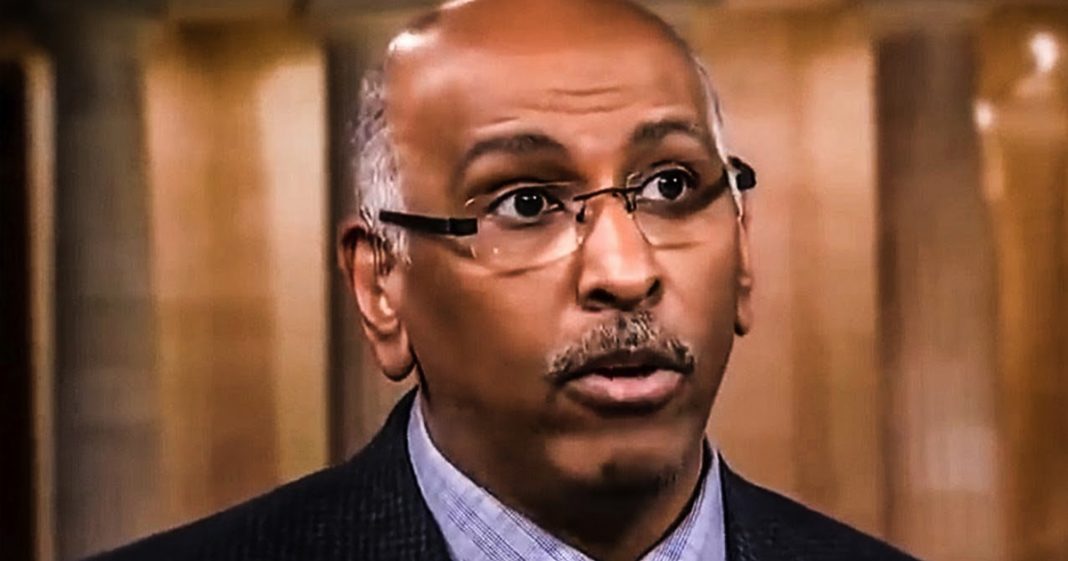 Evangelical leader Tony Perkins has decided that Donald Trump’s history of being a disgusting, immoral human being is totally forgivable because he agrees with his policies. Former Republican Party Chairman Michael Steele disagrees, and during an interview on MSNBC this week, Steele said that Perkins needs to “shut the hell up” and that he should “never preach to me again.” Strong words coming from the former leader of the Republican Party, and Ring of Fire’s Farron Cousins explains why Steele is 100% correct on this issue.

Tony Perkins: Evangelicals did not vote for Donald Trump based on his moral qualifications but based upon what he said he was going to do and who he was surrounding himself with. We kind of gave him, all right, you get a mulligan, you get a do-over here. You can start-

Dovere: A mulligan for 70 years of his life, though.

Tony Perkins: Hey, they guy committed. This is what he’s committed to, and as long as he commits to that and continues on that he will have the support of Evangelicals. From a policy standpoint he has delivered more than any other President in my lifetime.

Chris Matthews: I’ve never heard Faustian bargains described so well. I mean, basically he says as long as you’re with us on the issues, you’re off.

Michael Steele: The grabbing the you-know-what doesn’t matter. The outright behavior and lies don’t matter? To shut up, go to your corner, and do your thing.

Chris Matthews: But if you’re a baker, you do not have to bake a cake for a gay wedding.

Chris Matthews: That’s one of your rights.

Those are very strong words coming from Michael Steele, again, the guy that used to lead the Republican party, who depended on the Evangelical votes to propel his party forward. I almost hate to say this, but I agree 100% with Michael Steele. People like Tony Perkins, especially on this issue but pretty much on every other issue there is, need to shut the hell up. They don’t need to go out there and preach to other people about how their sinful lives are a one-way ticket to hell. Or why their sexuality is going to send them to hell. Or being a Muslim is going to send them to hell. And then forgive the horrible life that Donald Trump has led just because you agree with him on policy. That’s not exactly how Christianity is supposed to work. I understand that is how it works here in the United States because we have some backwards, bastardized version of religion that people seem to subscribe to, but that is nowhere in the Bible saying that we should give people mulligans for being ruthless, worthless pieces of shit, which is exactly what Donald Trump is, and that’s what Michael Steele was trying to convey. Now, he used a little bit softer language than I did, but that doesn’t make it any less accurate.

Donald Trump is not remorseful. He is not empathetic towards anyone. And he does not regret anything that he has done within his life. Therefore, according to the Bible itself, he should not receive forgiveness. He doesn’t seek it, he has not earned it. Yet, Tony Perkins is so willing to give it to him, just because, I’m assuming, he got that massive tax break. And because Donald Trump wants to build a wall and he wants to ban people form Muslim countries, because at the heart of it, Tony Perkins, like so many other people in the Republican party who claim to be so religious, are really just big fat racists.