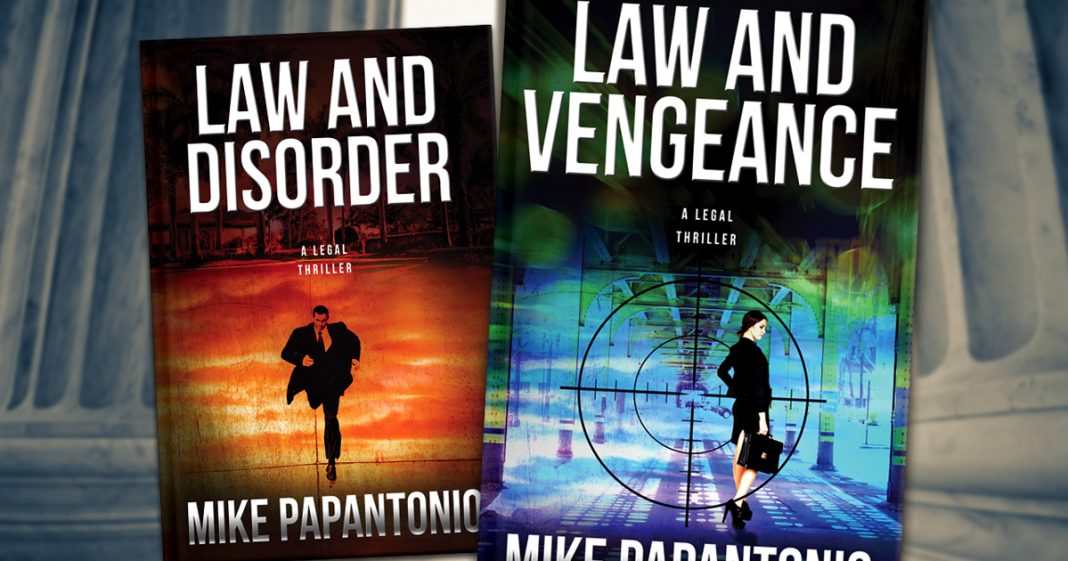 America’s Lawyer, Mike Papantonio, talks with radio host John Clemens about the real life situations as a trial lawyer that gives ammunition to create such a high paced legal thriller book series. The latest book in the series is titled, “Law and Vengeance.”

John Clemens: Mike, is this a series that you’re developing here? Tell us about this Law and Disorder, Law and Vengeance.

Mike Papantonio: Yeah, it is a series, John. There’s four books that I’m … There’s two more books I’m working on right now. The fourth … the third one is Law and Addiction about the opioid crisis in America, a case we’re actually handling on behalf of state attorney generals. And then, the other one is about law, and it’s called Law and Terror, where we’re handling … I’m handling the case on behalf of veterans who have been injured by bombs that, we now find out, were partly financed by American banks. Money was washed through American banks for terrorism.

Those are actually two cases we’re working on, just like Law and Vengeance. In that particular case, it’s about whistleblowers and how this particular whistleblower tells the backstory of what he went through and what the end result was. And that also is a true story. It’s a case we actually handled here. The first book was Law and Disorder. It was a book about a major corporate polluter that just absolutely destroyed an entire waterway and killed a lot of people in the process.

All of these stories are based on the underlying cases, but at the same time, they’re fictionalized. New characters are created. New ancillary issues are created in the books, and I think the appeal of the book, John, has been that people come away … They’re entertained, first of all. But at the same time they’re entertained, they come away with backstories on issues that they … that corporate media simply can’t tell.

And so these types of stories really are never told, and it’s interesting that you’ve got to tell them by way of a fiction book. I’ve been doing media for 20 years, everything from Fox News to CNN to MSNBC to … yeah, I’ve been a commentator a lot of years. And I found even when I was working for the networks as a commentator, it was very difficult to get these stories out.

John Clemens: Basically, the law practice gives you the fodder that you need for writing some of these novels.

I don’t … it’s difficult for a legal fiction writer to write if they don’t really have the material. If they don’t really do it for a living … I’m a huge fan of people like Baldacci and Grisham and Martini, some of these very talented writers. And they’re able to take material that’s accessible to them and tell incredibly great stories.

And so all I’m doing is I’m taking material that we actually have from actual cases, documents that are startling when people see them, when they read what a corporate mentality’s really like. It’s the type of thing that’s just not out there in typical corporate media. It’s not the kind of thing you can find. And so I think that makes these books dramatically different in a lot of ways.