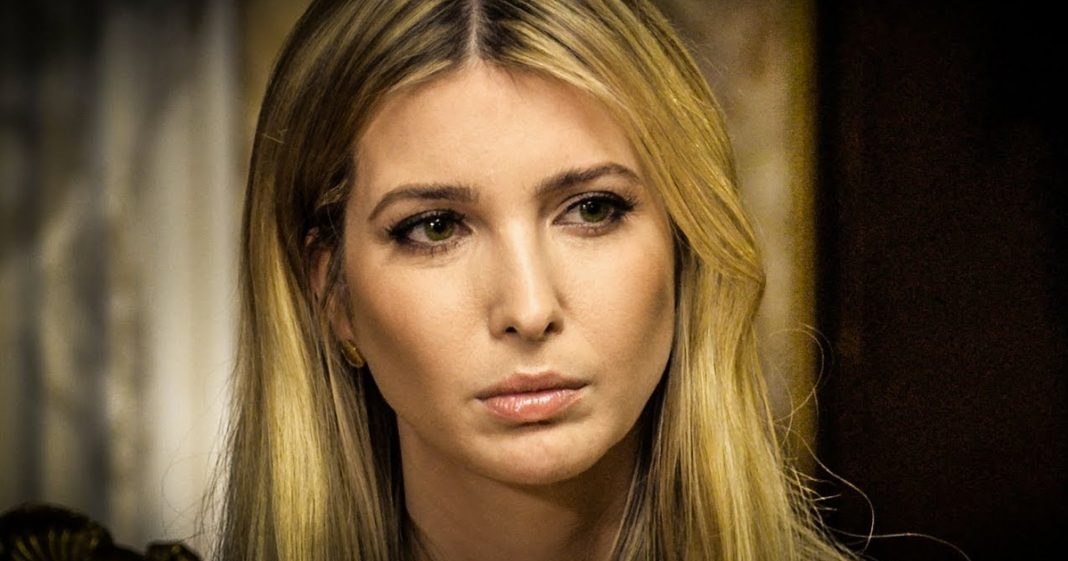 According to new reports, Donald Trump believes that his chief of staff John Kelly, whom he allegedly called a “nut job” recently, has overstayed his welcome, so he’s decided that it is time for a replacement to be found. But rather than reaching out to someone that might actually have decent connections in the political world, this task is apparently being given to his daughter Ivanka. Ring of Fire’s Farron Cousins explains what this will mean for the future of the Trump administration.

Recently, Donald Trump allegedly referred to his Chief of Staff, John Kelly, as a nut job. And so, this week, a report has come out by author Gabriel Sherman who says that Ivanka Trump has been put in charge of finding John Kelly’s replacement as Donald Trump’s Chief of Staff. Now, Donald Trump denies that these reports are true. He was on Twitter, in fact, this morning praising John Kelly for the great job he’s done telling us not to listen to the fake news media. However, we’ve seen that plenty of times with many other people from the Trump administration who later were fired, or resigned and disgraced because they didn’t want to work with the idiot anymore. So, I have no reason to believe that this report that Ivanka’s been put I charge of finding John Kelly’s replacement is not true.

Let’s think about that for a moment here. John Kelly was chosen as Chief of Staff because he was going to be the guy to bring an adult presence into the White House. He was going to be the guy reign in Donald Trump to get him off Twitter and to make him start acting like a president. And by all measures, he’s failed miserably. To be honest, it’s really not his fault. I mean, you’re herding cats at that point. That’s basically the best way to describe dealing with Donald Trump. You don’t know what he’s going to do, where he’s going to go, or how he’s going to react to any given stimuli, so John Kelly’s done the best he can with what he has to work with. Unfortunately, what he has to work with is a giant pile of crap, and you can’t really do much with that.

But, we’ve seen John Kelly’s reactions during Trump’s speeches. We’ve seen him do the facepalm. We’ve seen him roll his eyes. We’ve seen him act exasperated time and time again when having to defend the stupid things that the president says, so it would not surprise one bit if John Kelly himself is thinking about leaving because this is a job where you cannot win.

But, if Ivanka Trump is in charge of finding his replacement, things are about to get so much worse in the Trump White House. At least John Kelly tried. You know, occasionally he may have gotten a small victory here and there, but who the hell is Ivanka going to pick? Who does she know in the realm of political advisors that’s going to help Donald Trump be a better president? I don’t think Ivanka Trump knows too many people, and I know for fact that there aren’t too many people in political circles that have any respect for her whatsoever.

So, I seriously doubt Ivanka Trump is going to go out there and find the best and brightest to help her dad succeed further as president of the United States. She’s going to find a sycophantic, yes-man, or yes-woman to get into the White House and will just roll over any time Donald Trump wants to do something insanely stupid. Why? Because that’s exactly what Ivanka does, and Donald Jr., and Eric, and Jared Kushner, and Kellyanne Conway, and Sarah Huckabee Sanders. Those are the kinds of people that Donald Trump likes around him, not the nut job John Kelly who tries to keep Trump from making a fool of himself. And again, nut job is the term that Trump allegedly used to describe John Kelly.

So if this story is accurate and Ivanka is in charge of finding John Kelly’s replacement, we’re going to see probably one of the worst picks for Chief of Staff imaginable, which is only going to lead to Donald Trump getting further unhinged in both his media appearances and in his Twitter feed.