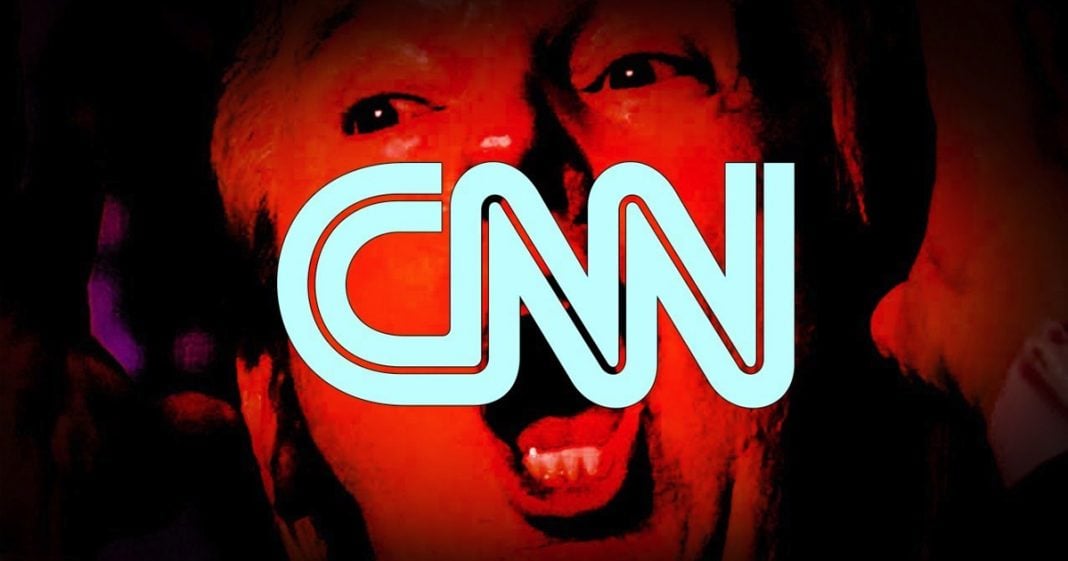 A Michigan man is in custody after threatening to shoot and eliminate CNN employees this week. There is a very obvious connection between the unnamed man’s actions and the words used by Donald Trump to describe outlets like CNN as “fake news.” And even after the arrest, our idiot president was on Twitter attacking CNN reporters. Ring of Fire’s Farron Cousins discusses this.

A Michigan man has been arrested for allegedly threatening to shoot and kill employees at CNN. According to the reports, last week the man made 22 separate phone calls to CNN where he said things like, “Fake news. I’m coming to gun you all down. I’m smarter than you, more powerful than you, I have more guns than you, more manpower. Your cast is about to get gunned down in a matter of hours. I am coming to Georgia right now to go to the CNN headquarters to fucking gun every single last one of you,” he said.

So, in spite of the fact that this man was arrested and we know that he said these things during phone calls. This morning, Donald Trump gets on Twitter well after this happened, well after he should have been aware of it, and once again started attacking CNN, specifically Jim Acosta for allegedly once again being fake news. Now the man that was arrested for threatening to kill these people at CNN also used that terminology, fake news. There is absolutely no question whatsoever that this psychopath was motivated and inspired by the language of Donald Trump against the press in the United States. Luckily, he was crazy enough to call and warn them that this was going to happen and he was brought into custody before he could kill anyone. But this just goes to show you how dangerous and psychotic members of the far right can be, especially when you have a guy like Donald Trump sitting in the White House empowering them on a daily basis. We have seen this with Pizza Gate. We saw this in Charlottesville. These people are inspired by the far right media and more importantly Donald Trump.

And it’s time for him to take a little bit of responsibility and understand that he is the problem. Could you imagine during the eight years of Obama if anybody walked in anywhere and started shooting people or killed someone, and then repeated a phrase that Obama used frequently, the right wing media would still be talking about that to this day demanding that he be locked up for it. And, honestly, at this point, Donald Trump is more of an accomplice in these killings and these attempted killings then he would care to admit. By using this language, by inspiring these people, he is acting with them. He is giving them the power that they need to push them over the edge to go out and commit these atrocities. And, again, luckily, nobody was harmed in this particular instance. But it’s only a matter of time and plus we’ve already seen people lose their lives because of things that Donald Trump has said and done.

Enough is enough. It is time for the 25th Amendment. It is long past time for the 25th Amendment to get invoked, because Donald Trump is going to end up getting more people killed because he’s such a petulant little man-child that he can’t handle the fact that the press isn’t fawning all over him every single day. And eventually it’s going to lead to more and more people getting killed like we almost saw at CNN this week.