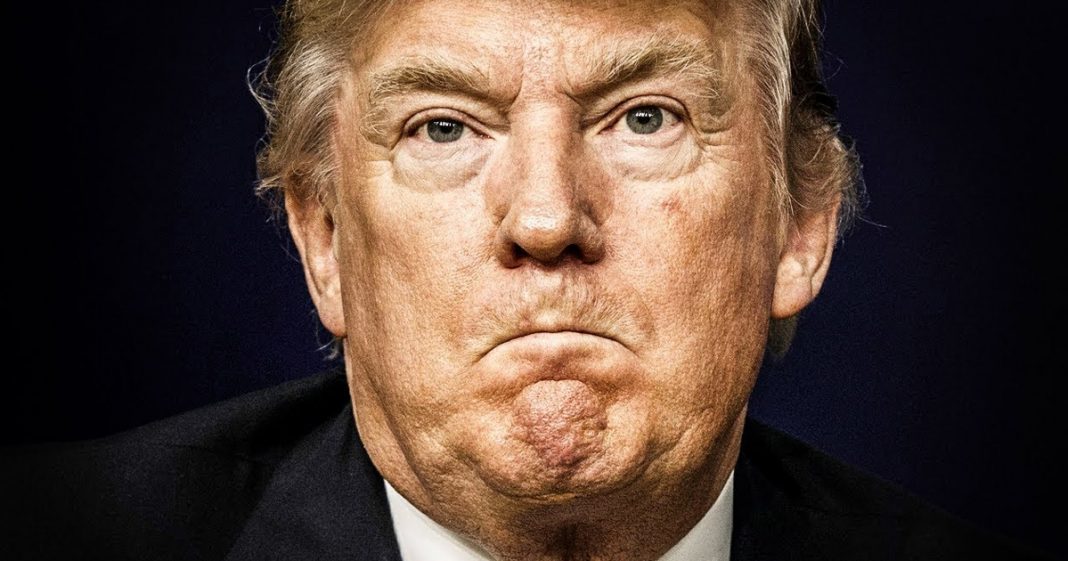 According to a new survey of the Edelman Trust Barometer, trust in the US government among “educated and informed” American citizens has plummeted by 14 points in the last year, with only 33% of Americans saying that they actually trust the government. The blame for this drop lies with Donald Trump and the Republican Party, but don’t expect them to lose any sleep over this poll. If anything, they’ll be celebrating these results, and Ring of Fire’s Farron Cousins explains why.

Each year, the Edelman Trust Barometer is issued for 28 different countries, where they survey tens of thousands of people in each of those countries to find out how much they trust their particular government. This past October, 33,000 Americans were interviewed by the Edelman Trust Barometer, and their answers indicate that only one third of people in this country trust the Federal Government, a drop of 14 points since before Donald Trump was sworn in as President of the United States. It took Donald Trump nine full months to make trust in the government here in this country drop by 14 points.

When Obama was President, we had almost half of people in this country who said, “You know what? I do trust the government. I believe in the government. I think they’re doing everything they can to make lives for American citizens better.” Nine months of Donald Trump, and he killed it.

You know what? There aren’t going to be any Republicans losing sleep over this poll. Donald Trump doesn’t care about this poll. First and foremost, he thinks all polls that show him not doing well are fake news, but the reason that Republicans aren’t going to care that only a third of American citizens trust the government is because that’s what they want. They have wanted this for decades.

They do not want the American Public to trust the government. They do not want the American Public to think that the government is doing a good job, because they hate the Federal Government. We have elected officials that somehow hate this institution of government, and yet voters continue to send them to D.C. to run this thing that they hate, so they intentionally run it into the ground to prove themselves right. It’s failure by design. That is one of the reasons that Republicans have backed off on the whole issue of Donald Trump being a horrible person. They don’t care about it so much anymore, because they see that he’s destroying the very thing that they hate, the government.

There was a time when Republicans didn’t hate the government in the United States. Of course, that was a time that happened long before I was even born, and many of the people coming up now don’t know about those times, because they existed long before they were born. There are people in this country who remember when Republicans weren’t trying to destroy the government from the inside, when Republicans weren’t trying to privatize every individual thing that the government is supposed to do, like building roads and bridges, and privatizing education, and privatizing security forces around the globe, instead of letting our military handle it.

That is what Republicans are doing. This Edelman Trust Barometer that shows that Americans are losing trust in the government. That is exactly what the Republican Party has been waiting to hear.