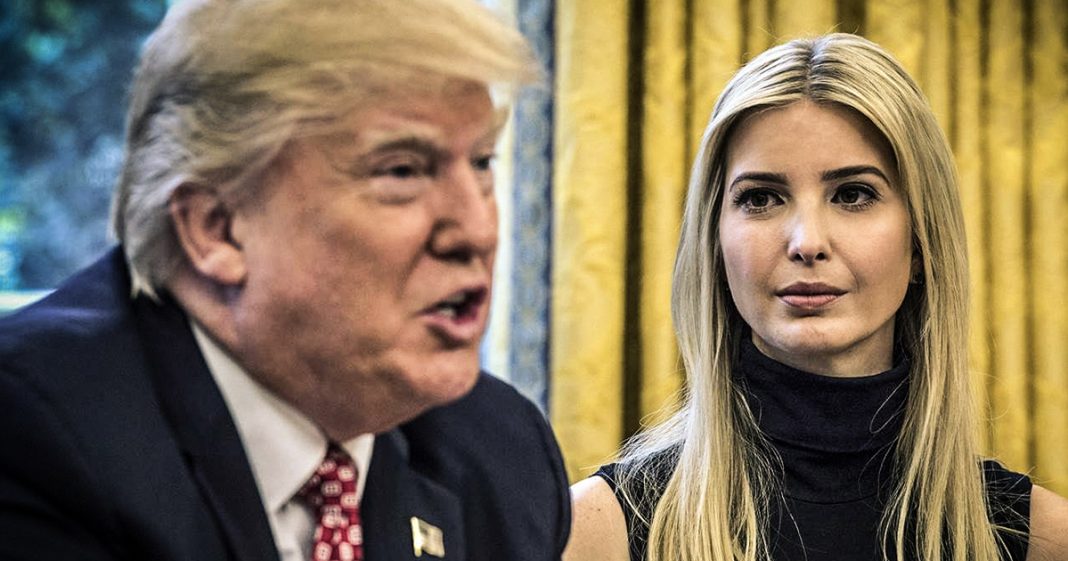 New York Times’ White House correspondent Maggie Haberman recently revealed that Ivanka Trump is basically the spitting image of her father. During the early days of the administration, some people on the left believed that Ivanka could be some kind of leftist savior in the White House, but those hopes have quickly turned into disdain for Trump’s daughter as she continues to carry water for her horrible father. Ring of Fire’s Farron Cousins discusses this.

Recently Maggie Haberman who is the White House correspondent for The New York Times gave the world a message that I think a lot of people didn’t necessarily want to hear but they needed to hear, and that message was that Ivanka Trump is the spitting image of her father, Donald.

The reason I say a lot of people didn’t want to hear that is because in the early days of the Trump’s administration, in fact the entire month before he was even sworn in as president, a lot of people, including some of those on the left, thought that Ivanka Trump was somehow going to be a voice of reason within the White House. They thought that she might be able to pull the president a little to the left on issues like climate change or LGBTQ rights. But as it turns out Ivanka Trump is exactly like her father.

A few months ago Ivanka actually admitted during an interview that it’s unrealistic for people to be able to expect her to change her father’s mind on these issues. And we learn now, according to Maggie Haberman, it’s not because Ivanka Trump was actually trying to convince her father to do one thing but he did another. It’s because she believes the exact same thing as him.

Haberman goes even further. She mentions the fact that it’s not just policy issues. It’s personality. Ivanka Trump just like Donald believes that people are unfair to her, that overall society just isn’t treating her the way that she feels she needs to be treated, being a billionaire heiress to one of the worst human beings alive in this country today.

What on earth could she feel that people have been unfair about? Is it the fact that she’s having her clothing line and other products made in basically sweat shop conditions over in China, and the shop where they’re being made, they’re actually paying lower wages than is legally required by law? Does she feel like that’s unfair? Does she feel like it’s unfair to come out and say that she’s going to help push her father to the left and then admit later on that, “No, I can’t do it because I basically think the same things as him”? Is it unfair that we’re criticizing her husband for having a security clearance, when the idiot can’t even fill out a form properly and has had to revise it numerous times, and not just the security clearance form but literally other forms that he has tried to fill out while serving in this administration?

Ivanka, if people are being unfair to you, I haven’t seen it. Criticizing you and your decisions and the way that you’ve been running your life and basically being a suck up to your father and serving some kind of unidentified role in the White House that you are not qualified for and clearly don’t deserve and nobody even knows why you’re there, I’m gong to say that that falls under the category of being a decently fair criticism. After all, we don’t know what you do. We don’t know why you’re there. We just know that you are and for some reason you still feel like life has been a little too unfair to you, just like your father.