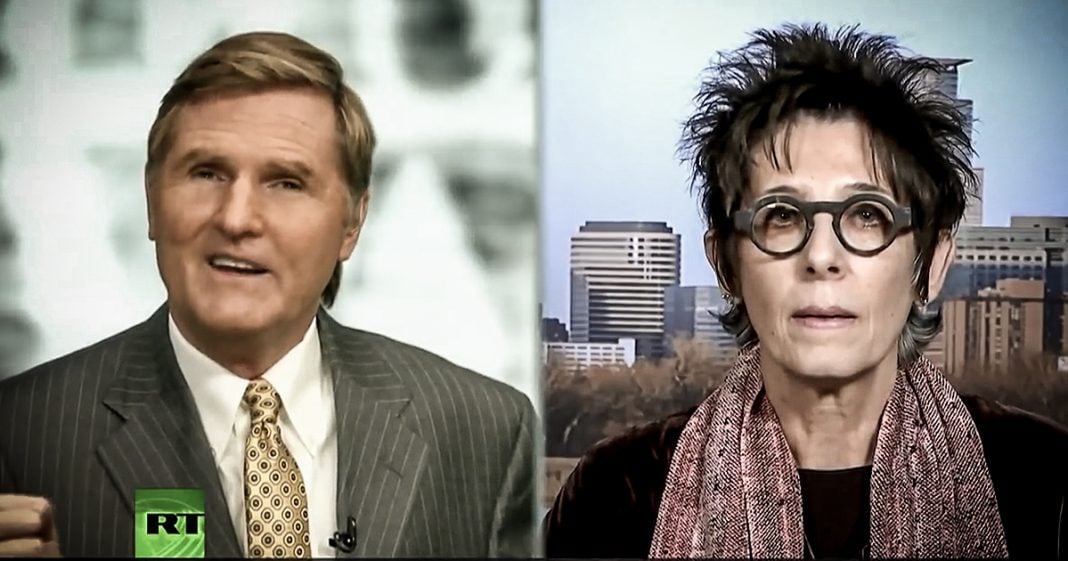 Via America’s Lawyer: Mike Papantonio talks with author Roberta Walburn about the story of a former judge that once brought a corrupt fortune 500 company into bankruptcy.

Mike Papantonio:
Corporations seem to always go unpunished for the crimes they commit. At best, the justice system imposes fines when the products of these companies harm people, but given the amount of money they make and that many cases company’s CEOs knew their products could hurt people. These fines are ridiculous. They’re cheap and they’re pathetic. There was one justice figured in the U.S. history that never let corporations off the hook. In fact, one of these cases ended up with the bankruptcy of a corrupt Fortune 500 company.

Joining me to talk about this famous judge is Roberta Walburn, author of his biography Miles Lord: The Maverick Judge Who Brought Corporate America to Justice. Who is Judge Miles Lord and how would you describe his philosophy on the bench? Talk to me about that.

Roberta:
Yes. Miles Lord was a federal judge who was based in Minnesota but whose cases had national impact. He was a true maverick on the bench. He believed that our court system was skewed, you might say rigged in favor of the rich and powerful, including corporations. He set out to even the playing field, balance the scales of justice for the little guy, the ordinary person. He was very vocal about how he viewed the law and how he viewed his mission. Because he was so vocal and outspoken, he was very controversial. He was named both the best judge in the country and one of the worst all in the span of a single year. It was easy to tell who would be on each side of that divide. If you were a big corporation who had harmed people, Judge Lord was a villain. But if you were an ordinary person without a lot of means trying to do battle against one of these corporations in court, Judge Lord would be your hero.

Mike Papantonio:
Why don’t we see that very same thing play out. Well, it’s always played itself out. Right now you have judges that are being appointed to the federal court that are just a dream for corporate America. You’ve got a Chamber of Commerce, you’ve got the Federal Society that are putting forward judges that they know every time will always line up against the consumer in favor of corporate America. What the ugly thing about that is is we talk about judges in the media. When we talk about a judge, we say, “Well, how are they on something like abortion? How are they on some issue dealing with social issues?” But we never really dig in and talk about how are where it comes to protecting American consumers against predatory corporations. This judge was one of them. This is a judge that absolutely did protect consumers against predators and in the end, that’s what he’ll be remembered for. In the end, it’s what the Chamber of Commerce hated him for. I guess that’s the way I would sum this guy up.

The Reserve Mining litigation is seen as one of the biggest cases he took on. What is the story behind that?

Roberta:
The Reserve Mining case was the biggest case of the early environmental era. It was in the early 1970s. Reserve Mining, which was owned by two of the largest steel companies in the country, produced more iron or pellets called taconite than virtually any other company. It was operating up along the shores of Lake Superior in northern Minnesota, and it was dumping all of its waste product straight into the lake. 67,000 tons of iron or waste tailings every single day into the lake. It would be discovered during the course of the case that the waste tailings had fibers that were virtually identical to asbestos. People living in Duluth and communities along the north shore of Lake Superior were drinking that water unfiltered.

But despite all that, Reserve Mining produce thousands of good paying jobs for a region that was really hard pressed economically. So this became a classic jobs versus environmental battle. Judge Lord was actually quite torn at the beginning of the case because he had come from that region and knew many of the men who were working in the plant. But as the case went on, it became apparent that something needed to be done. He ordered the two CEOs of the parent companies, the steel companies, into his courtroom, and in a very dramatic Saturday session he ordered them to shut down the plant by midnight of that very day. It was the first time a judge had ordered the shut down of a major industrial plant anywhere in the country for environmental concerns.

Mike Papantonio:
What we have now-a-days is this notion of … We look at the economics. You have a product that’s probably killing people. You may be damaging the environment in a way that’s causing cancer and killing people, but we have to look at the economics of it. You employ some people, therefore, the economics trump human health. They trump human decency every time in American courtrooms. For example, the case of Dalkon Shield IUD litigation was also a big case that this judge took on that ended up with a company’s bankruptcy. Tell us about that. That would be unheard of today to have a judge that has enough courage to say, “You know what, you are nothing but a corporate thug, and I can’t throw you in prison but I can sure take your money away and put you in bankruptcy.” Tell us about that case

Roberta:
The Dalkon Shield in the early 1970s was the best selling IUD, intrauterine device, in the country with millions sold, not only in the U.S. but around the world. But despite its popularity, it had a deadly flaw, which was a multi-filament tail string that whipped bacteria up into the uterus, and it caused horrendous infections in tens of thousands of women. Many lost their infertility. Some died. The product was produced by a Fortune 500 company from Richmond, Virginia, the AH Robins Company. The litigation had been going on in front of other judges, not Judge Lord, but other judges around the country for more than a decade with the company stonewalling, hiring more than 100 law firms around the country, intimidating women who were suing the company. Judge Lord came in after the litigation had been going on for this decade or so.

The short story is in just about 90 days he blew the litigation out of the water. One of the ways he did it was he reopened the pre-trial discovery against the company allowing the plaintiffs’ lawyers to get at the facts, the true facts and the corporate secrets. He allowed the plaintiffs’ attorneys to take depositions of the highest ranking corporate officials. He allowed them to go after the secret hidden documents, including secret tests of the tail string. Ultimately, he ordered three of the top executives, he really believed in holding individuals accountable. He ordered tree of the top executives into his courtroom and read them a blistering speech for which he got hauled up on judicial misconduct charges. But in the end, the company, as you say, ended up filing for bankruptcy. In those proceedings, 100,000 women received almost $3 billion in compensation.

Mike Papantonio:
Right. Right. You know what, I got to close by telling you this, we need judges like Judge Lord right now more than ever because right now we have a judiciary that is stacked with judges that don’t have the courage to do what Judge Lord did. They’re afraid of the Chamber of Commerce. They’re afraid of political push back, and they simply lack the courage. Not all of them. There are a few Judge Lord’s out there and I’ve practiced in front of a couple, and I’m so grateful for those judges. But right now, we are in big trouble where it comes to the American judiciary having enough courage to protect the American consumer against predatory corporations. Judge Lord may have been one of the few last of his kind.

Thank you for joining me.