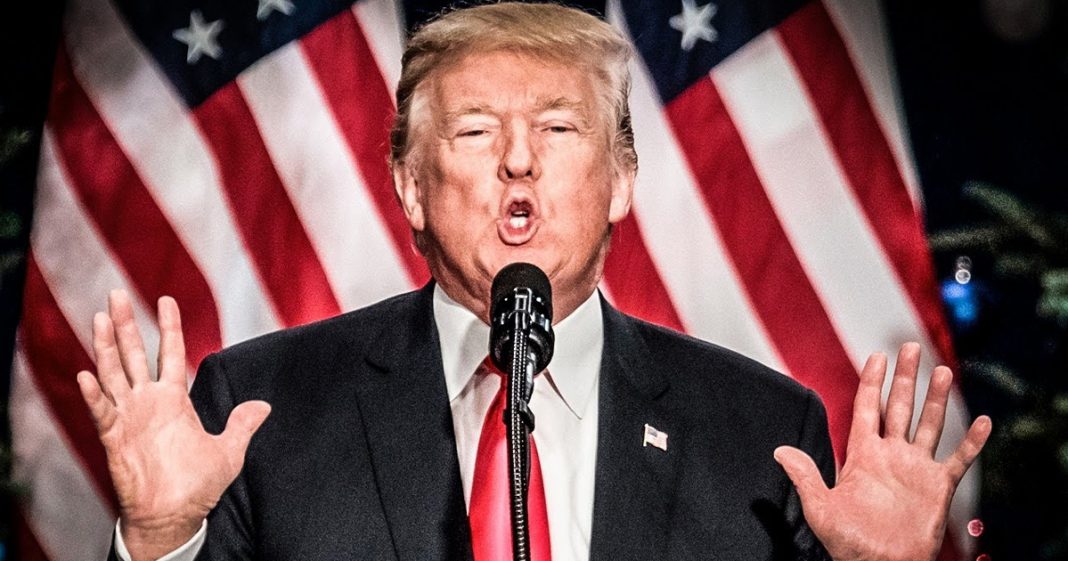 While the Republicans in DC have come around and are less willing to criticize Donald Trump in public these days, officials running the Republican Party itself are fuming over the fact that the President is destroying the longevity of their party by driving away young voters. While their youth outreach has been successful, the RNC admits that they are having a hard time finding young people that support the President, and as Congress goes more on board with him, these young voters are hitting the road. Ring of Fire’s Farron Cousins discusses this.

For more than a decade the Republican Party has had a problem attracting young voters, that millennial generation, people between the ages of 18 and 35 right now. The Republicans never truly resonated with a lot of people within that age group. Now that’s not to say that there aren’t members of that age group that are Republicans. There are. There certainly are. But a majority of them, a vast majority, are not, and they believe that they have nothing in common with the Republican Party.

So that small little percentage of people within that age group that do identify as Republicans are now actually finding it harder and harder to identify as a Republican, because of how horrible Donald Trump is. While most of the Republicans in DC have decided that it’s okay to start praising Donald Trump and stop criticizing him all the time, the people who actually run the Republican Party, the people at the RNC, are terrified about what Donald Trump is doing for the longevity of their party. They understand that, yeah, we’ve got the old people. We’ve got the kind of old people, but those generations don’t have a hell of a lot of time left here on earth. We’ve got to recruit young voters in order to sustain this party, and according to them, Donald Trump is severely hurting their recruiting efforts.

Now they do admit that some of their youth outreach programs have been wildly successful, and that they do hear students on college campuses rallying for Donald Trump. But at the end of the day, according to interviews conducted with these people, both by the RNC and by McClatchy, they really don’t like Donald Trump and they have nothing in common with him, and they don’t like the way that he’s speaking about minorities, about race issues, about immigrants, or about Moslems. Because as it turns out, even though some of these young people do identify as Republicans, they’re far more liberal on issues like immigration and race relations, and even same sex marriage. They don’t believe what their parents and grandparents believe, that you have to be white and straight in order to be a decent human being.

They also believe that we should protect the environment from climate change, that we should be taking action to stop rising sea levels, and increasing carbon emissions. They want to stop those things. They still want tax cuts for corporations. Why? I don’t know, but they do. But for the most part, their views are further to the left than those of the aging Republicans, so the RNC understands that if they lose these people, if suddenly the Democratic Party, or hell, maybe even a third party becomes more attractive to them, their party, the Republican Party, is dead.

You can’t sustain a political party with people over the age of 70, just like you can’t sustain a TV network with viewers who are only over the age of 60. And I know Fox News has been worried about that for quite a long time. They’re losing the young audience, just like the Republican Party is losing young voters, and Donald Trump is doing everything he can to show the world, to show these young voters, that Republicans are actually divisive, disgusting, racist human beings. So come on and join the party, but luckily a lot of these kids are saying you know what, no thanks. And if you keep talking, Mr. Trump, I’m going to go find a new political party that’s going to suit me even better.