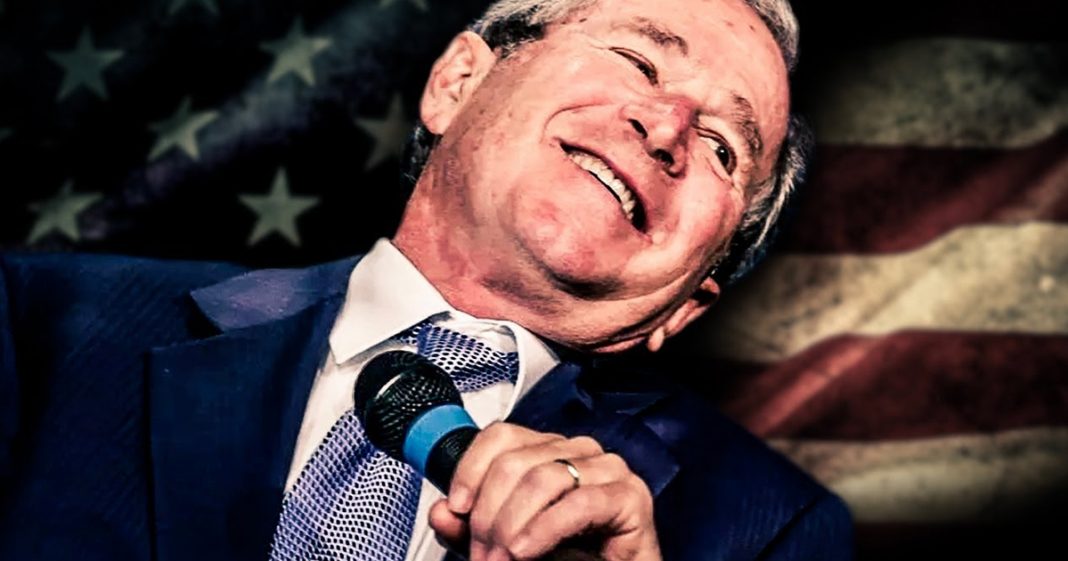 According to new global polling, the standing of the United States has fallen below the levels that we saw during the George W. Bush administration, a sharp drop from the global image of the US during the presidency of Barack Obama. Trump and his fans don’t seem to care about these facts, but as Ring of Fire’s Farron Cousins explains, this is a bigger deal than Trump and his friends are letting on.

According to a new Gallup Poll, conducted among 134 different countries across the planet, the global approval of the United States is at a new low of 30%. This is lower than it was during the George W. Bush administration, when he managed to piss off most of our allies across the globe and certainly, obviously much lower than it was during Barack Obama’s years, after he repaired most of the damage committed by the Bush administration and in one year, Donald Trump has managed to destroy everything that Barack Obama spent eight years trying to rebuild after eight disastrous years of George W. Bush.

When this story came out on Thursday of this week, a lot of Republicans, including Laura Ingraham, from Fox News, were talking about the fact that this doesn’t matter. This is stupid. Who cares? Donald Trump was elected to run the United States and make America great again, why do we care what other people think of us?

Well, you know, that’s good advice if you’re talking to a high school kid who thinks people … worries too much what other people think of him, but in the real world, when we’re talking about countries that rely on other countries for trade and partnerships and treaties and possible help if we get into war, it matters a ton.

When only 30% of people around the globe approve of our country, that makes it a hell of a lot less likely that they’re going to want to partner with us on anything. It’s going to hurt our security, it’s going to hurt us economically and it’s going to hurt American citizens traveling aboard into countries that now hate us. It is a big problem for the United States and if you can’t see that, then you’re not a very smart human being and clearly, you don’t know enough about politics to be able to talk about it.

You can’t run a country like that. Donald Trump has spent so much time burning bridges that I’m wondering if Robert Mueller should start investigating him for arson at this point. The United States needs its allies. We need people to look up to us and respect us. They don’t have to try to emulate us, because trust me, we gotta lot of problems here, but we have to return our standing as a global leader, and the only way we can do that is with a strong leader in the White House and that’s not Donald Trump.