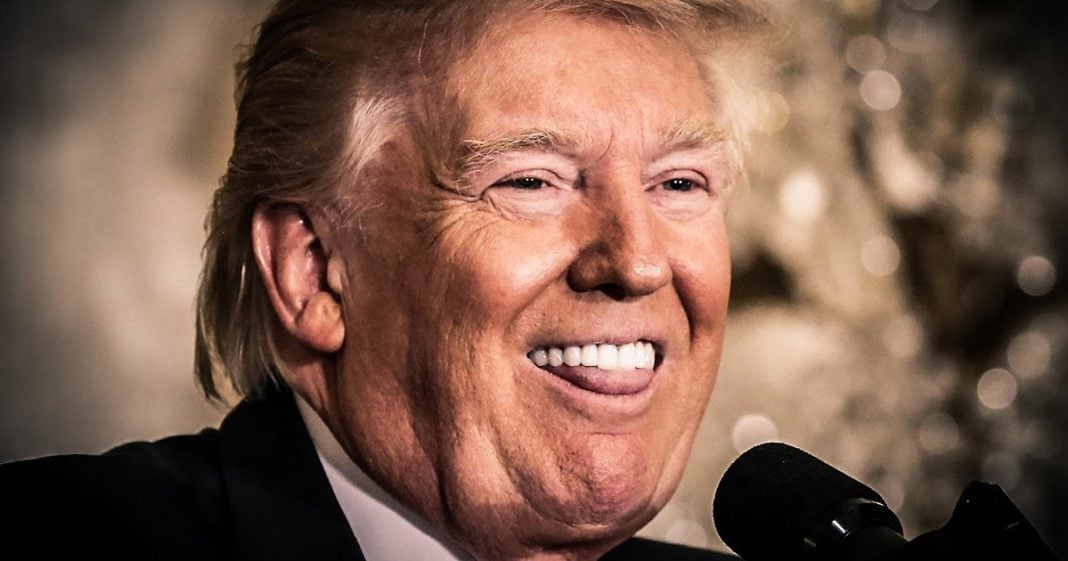 The latest round of polling data in the United States has even more bad news for Donald Trump. According to the latest polls, 35% of Americans, a little more than one-third of everyone in this country, gives Donald Trump’s first year in office as president a grade of F, meaning they believe that his first year was an absolute and complete failure.

But it’s that number, the Independents, the 45% who consider him a failure, that is the more important number here, because we know Republicans will be Republicans. Democrats will be Democrats, but it’s those Independents that actually sway elections one way or another. For almost half of them in this country to say that, yeah, Donald Trump has been a complete failure, not only portends poorly for the Republicans in 2018 and 2020, but it also shows that they’re clearly paying attention.

After all, when you look back at Donald Trump’s first year in office, is there anything that you see that’s like, at least he did that? No. For 99% of people in this country, there wasn’t a single thing that Donald Trump did in his first year that is going to make our lives better. In fact, most of them aren’t even going to allow us to keep the same quality of life. It’s going to take it down a notch because of all the health and safety regulations that have been repealed by the administration.

That tax cut package, which is the only legislative accomplishment that Donald Trump has to his name in year one, we’re not getting that. That’s going to wealthy corporations. That Supreme Court justice that he put on the court, he’s not going to do anything to help American consumers. He’s going to work on taking the right to choose away from women so that they can’t figure out what to do on their body on their own without white men telling them what they can do. That’s not going to help anybody in this country.

So yes, I think by every possible measure, Donald Trump’s first year in office has been a complete failure. He has taken more days off, more vacation days, than any of his predecessors during year one. He’s had the highest staff turnover since, I believe, the 1950s. He has accomplished the fewest legislative victories of any president in their first year in modern history.

So what does this guy think he’s doing? Why does he keep telling us he’s done such a good job? The American public doesn’t buy it, and certainly the statistics and data available don’t support his thesis either.