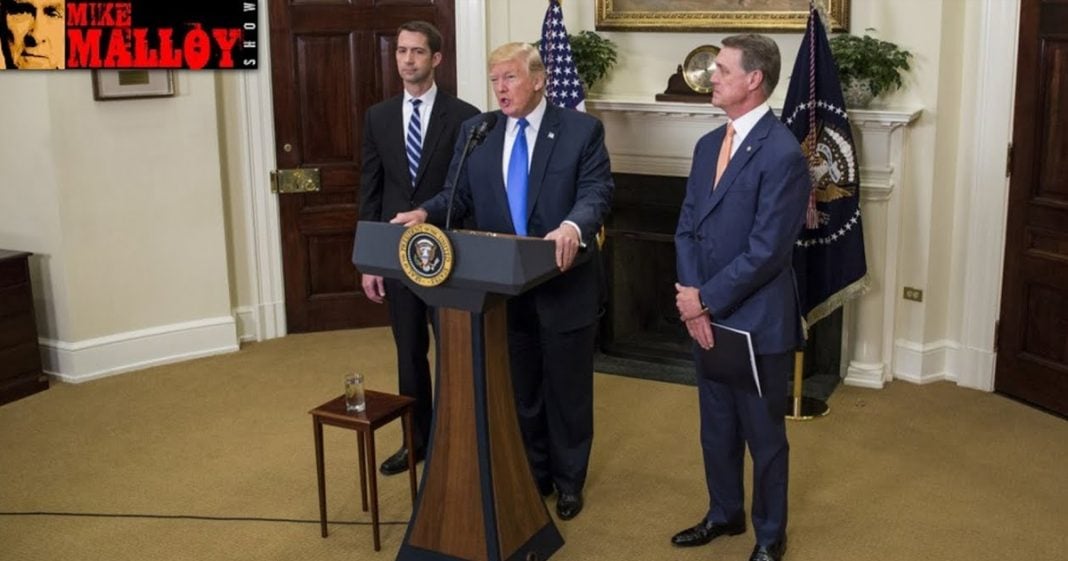 On Monday, the Washington Post shed some light on how Senators Tom Cotton, of Arkansas, and David Perdue, of Georgia, felt able to assert that President Donald Trump had not referred to Africa as a collection of “shithole” countries—a comment that the White House itself did not, at first, bother to protest—and thus that those who said he did, including their fellow-senators, were liars. According to the Post, “Three White House officials said Perdue and Cotton told the White House that they heard ‘shithouse’ rather than ‘shithole,’ allowing them to deny the President’s comments on television over the weekend.” Is that how people sleep at night in Trump’s Washington? The stories that Republicans tell themselves to justify their partnership with, or obedience to, the President are not just absurd; they are pathetic. SpongeBob SquarePants would be laughed out of the Krusty Krab for telling them. And they are poisonous. Mike Malloy discusses this.