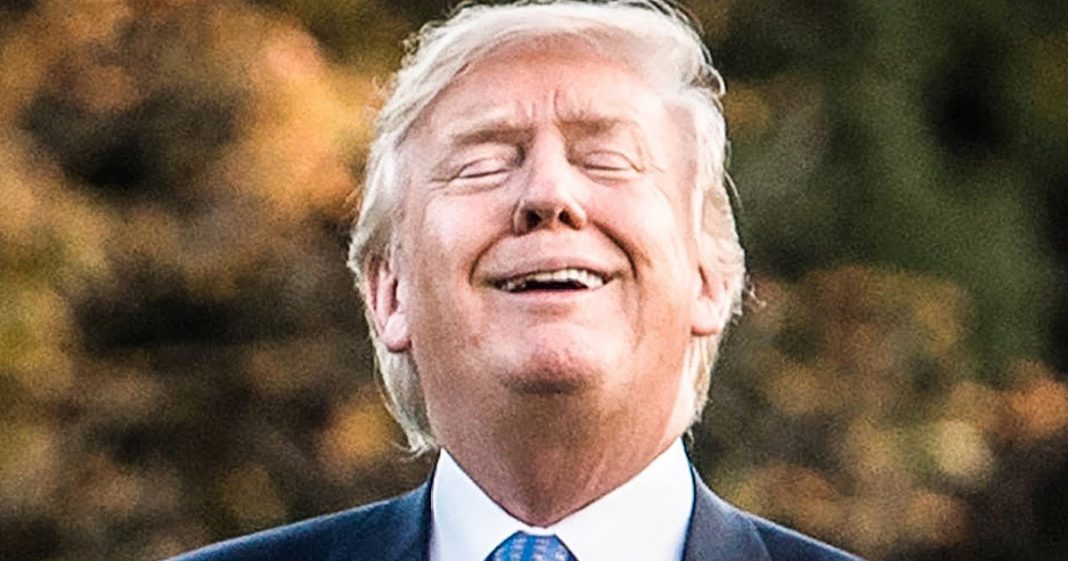 Psychiatrists, along with many other activists and experts, have been warning the country for more than a year that Donald Trump’s words and actions are inspiring violence, and they had their point made in a very clear way when a meeting they were set to attend was abruptly cancelled after violent threats from Trump supporters came flooding in. The behavior exhibited by the President and his followers can not be tolerated, and it cannot be normalized, as Ring of Fire’s Farron Cousins explains.

For well over a year, some of the most prominent psychiatrists in the United States have been warning us that Donald Trump’s rhetoric and his actions are inspiring acts of violence around the United States. This is a sentiment that’s been shared by organizations like the Southern Poverty Law Center, that actually tracks these kinds of crimes, as well as other experts and activists. They’ve been telling us the exact same thing.

Well, this week, Democratic Representative Jamie Raskin was supposed to meet with two of these psychiatrists, one of them being Doctor Brandy Lee who is the editor of the recent book The Dangerous Case of Donald Trump. Instead, this meeting had to be canceled, because they were receiving violent threats from Donald Trump supporters, because they wanted to sit and talk about the mental health of Donald Trump, which as Doctor Brandy Lee pointed out, literally confirms everything that they have been warning us about with regards to Donald Trump.

They say that his words inspire acts of violence, so they’re gonna go talk about it, but the meeting has to be canceled because of the violent threats they were receiving. This is the other side of the Donald Trump mental illness coin that we haven’t really discussed too much. That is not just that this man has a problem, but that his problems are creating other problems out here in the United States, specifically with the incitation of violence among American citizens perpetrated by his supporters.

We have seen this happening in this country since he was just a candidate in the primaries. The Southern Poverty Law Center has done a phenomenal job of tracking all of these hate crimes that have been committed by Donald Trump supporters against minorities, against Muslims, against immigrants, against anyone that Donald Trump has told them is an enemy of the United States. Donald Trump’s words do have real world consequences and they’re not consequences that anyone should be proud of, or that anyone should welcome, and it all goes back to this potential mental illness that Donald Trump may have.

He thinks he is above the law. He thinks he is better than everybody else, and he knows that in order to stay in office he has to get the support of the alt-right so he’s gonna go out there at every opportunity and say that those Neo-Nazis who killed a woman, there were still some very fine people in there, but if you’re an NFL player and you’re black, and you kneel during the National Anthem you’re a son of a bitch. That’s the world of Donald Trump. It is racism, it is sexism, it is disgusting rot all the way through his brain. Those people who still support him, and are willing to threaten violence against others because they love Trump so much, I’m willing to bet, and I’m willing to say, that they suffer from the exact same kinds of mental illnesses that the President does.