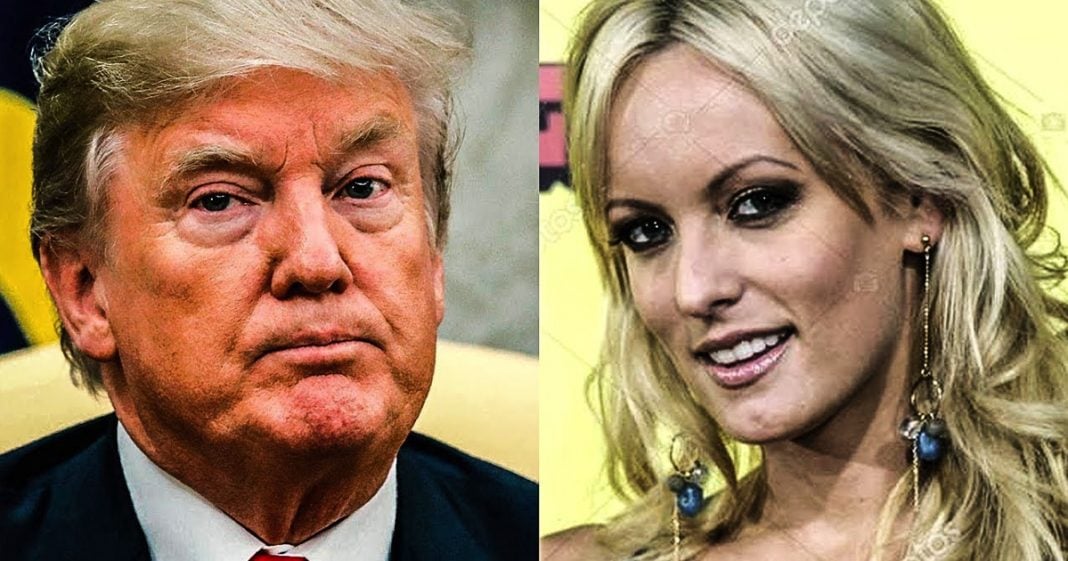 More news is coming out about Donald Trump’s alleged relationship with adult film star Stormy Daniels, this time from a close friend of Daniels who said that Stormy and Donald begged her to come “party” with them in Lake Tahoe. This kind of story would be enough to destroy the career of any politician, but so far Trump has once again remained unscathed. Ring of Fire’s Farron Cousins discusses this.

Last weekend it was revealed, or reported, I should say, that Donald Trump’s lawyers paid adult film star Stormy Daniels $130,000 to stay quiet about an alleged affair that happened between Daniels and Donald Trump. Well, Megyn Kelly decided to interview a adult film star who happens to be a friend of Stormy Daniels, her name is Alana Evans. According to Ms. Evans, back in 2006, she received a phone call from Stormy Daniels, who was at a Trump resort in Lake Tahoe with Donald Trump himself. Daniels was begging Evans to come party with them, come hang out, and then eventually after she continued to refuse, she was trying to get rid of a friend that she didn’t want to bring with her, Trump decided to get on the phone with Ms. Evans and say, “Yeah, come out, come hang, come party.”

Now, of course, this at the moment is just what these people are reporting. It was the Wall Street Journal, which tends to be a pro-Trump publication, that originally published the findings that Trump’s lawyers paid 130,000 to Stormy Daniels to remain quiet about their affair. Daniels has come out and denied that this payment took place, however, if there was an agreement that she’s not allowed to talk about it, denying that it happened would be what she would have to do at this point.

Technically, I mean we have no reason to not believe what Ms. Evans told Megyn Kelly this week, and that Donald Trump did in fact call her up with Stormy Daniels, begging her to come party. Evans also pointed out that after this whole thing happened, she spoke with Daniels and asked her to describe what happened, and according to Daniels, the image that she’ll never get out of her head, is Donald Trump chasing her around the room in his tighty whities.

Now, here’s the thing, these kind of allegations, which again, may or may not be true, at this point I have no reason to doubt that they are in fact true. But these kind of allegations would destroy the career of any other politician ever, probably anywhere in the world, and yet for some reason, when this news broke this past weekend, nobody cared, in fact the people who did see it said, “Yeah, that kinda sounds about right, I believe that, sounds like something Donald Trump would do.” And that’s the problem with all of this. We have become so numb to scandal and just this horrible, infantile, disgusting behavior from the President of the United States, that nothing shocks us anymore.

It’s like we just … we hear these horrible stories and we’re like, “Yeah, yeah, that sounds like something this guy would do. That’s about right.” And that’s what this story has become. But, again these seem like pretty credible allegations here. The Wall Street Journal, a pro-Republican, pro-Trump news organization, are the ones who originally came out with this, and this falls in line with the kind of behavior that we would expect from Donald Trump based on his comments in that Access Hollywood tape, and the way he is just in general as a human being, but technically there’s nothing illegal about it. It’s not necessarily something that could get him impeached or anything like that, or really even get him in any kind of trouble other that with Melania, but these allegations need to be taken seriously and somebody needs to find out whether or not, yes, this did happen. And according to the Wall Street Journal, yes, it did happen.