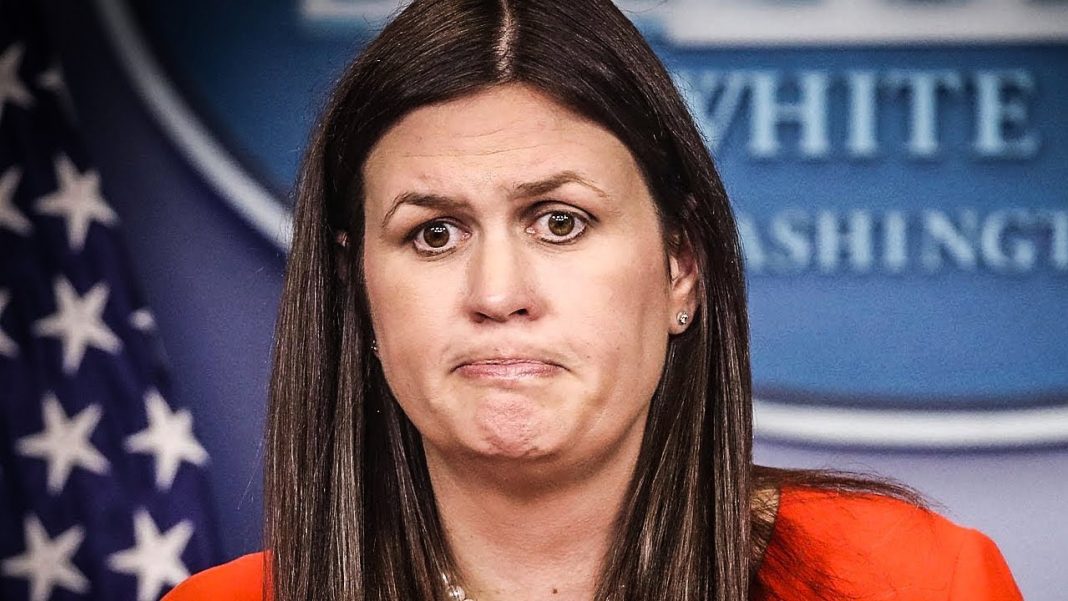 According to White House Press Secretary Sarah Huckabee Sanders, the fact that Donald Trump was on TV proves that he can’t possibly be racist. Of course, there’s absolutely no truth to that – even serial killer Rodney Alcala appeared on The Dating Game – it’ll probably be enough to convince Republican diehards that Trump is just a normal guy. Ring of Fire’s Farron Cousins discusses this.

According to White House Press Secretary Sarah Huckabee Sanders, it is impossible for Donald Trump to be a racist because he used to have a show on NBC, The Apprentice, in case you’re not familiar with that, in case you haven’t heard him mention that a million times since he started running for president. But Sarah Huckabee Sanders this week announced during an interview that no, Donald Trump can’t be racist. If he was, NBC wouldn’t have given him a TV show. Well, that’s not exactly how it works, especially because at the time Donald Trump was doing a pretty good job of hiding his overt racism from the American public. But networks make mistakes. I mean, Fox News hired harasser Bill O’Reilly and Eric Bolling. Bill Cosby used to have a sitcom. Hell, even serial killer Rodney Alcala appeared on The Dating Game.

Yeah. Sometimes bad people get on TV and it’s not necessarily the fault of the network. Maybe they didn’t know about it or maybe the person did a good job of hiding it, like Bill Cosby, and in the case of racism, Donald Trump. But just being on TV, being hired by a network, does not suddenly make you a great person. I mean, you can turn on Fox News and realize that just because somebody’s on TV doesn’t mean they’re honest, doesn’t mean they’re not racist. Pat Robertson still has his TV show where he spouts homophobic views all day long. Bad people get on TV. Having a TV show or a contract does not in itself make you a virtuous human being.

Again, watch Fox News for five minutes and you’ll see that, yeah, racist people get on TV all the time. Homophobes get on TV all the time. Liars, serial sexual harassers, those kinds of people thrive in right wing media. Look at Alex Jones, that nut job, all of the things that came out during his divorce proceedings, yet he still has his own radio and web show and wherever else that thing airs.

So Sarah Huckabee Sanders though, she’s in the unenviable position of having to constantly defend the racist remarks of the President of The United States. This guy can’t stop himself from being racist. The latest reports have come out saying that during that meeting where he referred to us not wanting those people from shit hole countries, he also asked to met with members of the congressional black caucus to talk about immigration to which, according to those present at the meeting, Donald Trump said, “You’ve got to be kidding me,” so that’s his response to people asking him to meet with the African American representatives in the United States Congress.

So look, the evidence is mounting up day by day and it’s not always overt like him saying, “Are you kidding me?” When asked to meet with black people. It is sometimes a little less overt. The dog whistle, like the shit hole countries when referring to predominantly black or Hispanic countries. And then calling Neo-Nazis some very fine people, or saying, “We want more people coming to the United States from predominantly white countries like Norway. That is all racism, some of it more overt than other times. But at the end of the day, it all falls under the same category and Sarah Huckabee Sanders is just tripping over herself every single day trying to defend the latest disgusting remarks made by the President of The United States.