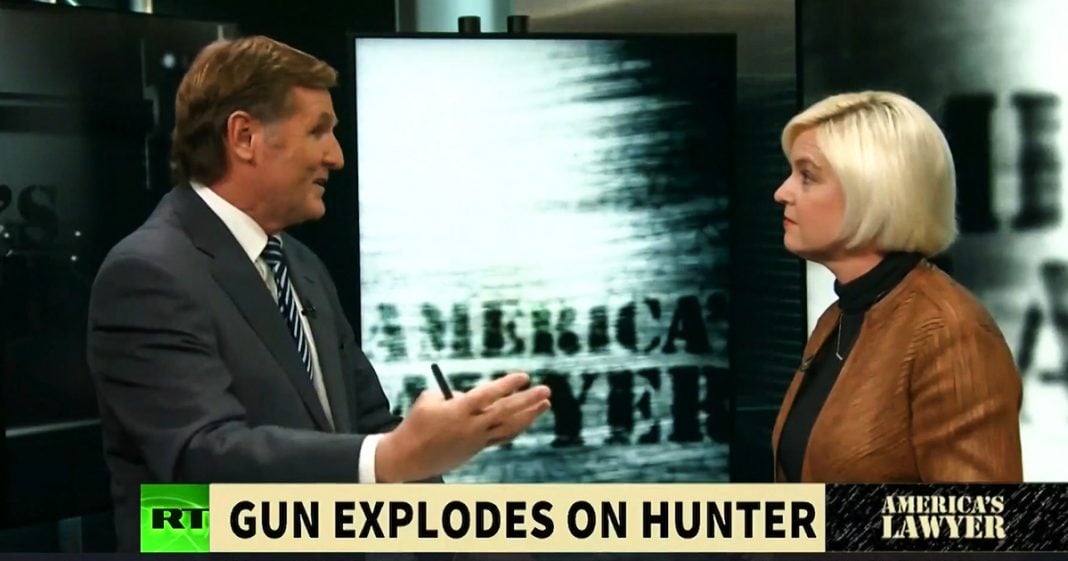 Via America’s Lawyer: Mike Papantonio is joined by Mollye Barrows, legal journalist for The Trial Lawyer Magazine, to talk about what a gun manufacturer plans to do after dozens of it guns exploded on users.

Mike Papantonio: A gun manufacturer is being taken to court after one of their rifles exploded when the man was out hunting with the gun. Other lawsuits claim that the company kept selling their product despite having received numerous complaints that their weapon was clearly defective.

Mollye Barrows: They knew it hurt people. They said it was user error, but they did know. There were dozens of complaints that had been filed. There were at least three lawsuits that had already been settled on a confidential basis, so they knew that it was a problem, but basically they just continued to manufacture it up until 2010 when they stopped.

Mike Papantonio: Did they do a recall? Was there a public recall on it, where they said this is-

Mollye Barrows: And that was the recall in 2010, but by then, there were already thousands on the market, so this latest lawsuit is by an Iowa farmer, Ronald Hansen, and he was out hunting. He’d already used it many times before. Had used it several times that day. It exploded while he was hunting, and it burned his face, his ear, his hand, and-

Mollye Barrows: Yes! It blew off several fingers, and that is similar to the other complaints that were received was that this gun, when used after awhile, it would explode and damage people.

Mike Papantonio: Yeah. Now, what is the product?

Mollye Barrows: It is a muzzleloader. It’s a stainless steel muzzleloader that basically is a high powered rifle that was popular with big game hunters. They had a couple of experts take a look at it to see. Hansen hired one. There was another guy out of the state of Michigan. Michigan State University, who examined a similar weapon. The exact same weapon that was used in a similar accident that damaged somebody, and they both said it was faulty steel.

Mike Papantonio: Yeah. To me, the reason this case has bigger legs is it gives you an idea … Understand that the gun industry has immunity where it comes to being sued most of the time, so here you have to have an extreme defect to even bring a case most of the time. Remington, for example, has a gun out there with similar lawsuits, but what’s interesting about this is that we look at this history and we say, A, they knew the problem, they finally did the recall, but then they’ve done nothing to get those guns back. There’s ways to do that. The guns, usually, are registered. They can do that, but they’re taking the position straight out, as most all these gun manufacturers do when a gun explodes and kills somebody, is that there’s no defect. They’re right and all of the experts are wrong. Is that what happened here?

Mollye Barrows: Yes, and just to clarify, because I went back to look at my notes, they did discontinue it in 2010, so there has officially been no recall. But, yes, going back to what the problem was with the gun, basically it doesn’t use black powder, so it creates a higher pressure. So they’re saying it’s user error. Experts looked at it, said, “Well, when you use it enough, that pressure builds up and basically the steel is compromised.” There’s a major failure. It explodes, it bursts, and that’s what a lot of these complaints were saying, and these other problems and lawsuits that have been filed.

But with this particular one, when they use it without the black powder, it creates more and more pressure.

Mike Papantonio: Yeah. This case is important because, not just this particular brand, but we’ve got to change the laws on how we’re able to go after gun manufacturers when they do wrong. Not just in situations like this, but in many situations.

Mike Papantonio: Thanks for joining me.