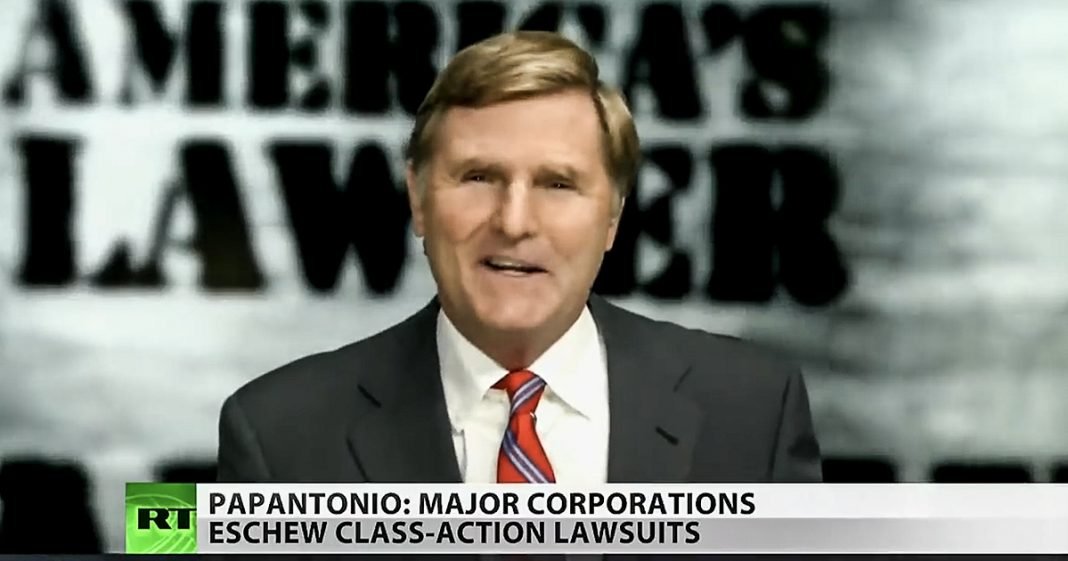 Via America’s Lawyer: Mike Papantonio talks with Anya Parampil about the state of class action lawsuits.

You know we have consumers under full attack right now. We were paying attention to Senate races and the White House, and we were paying attention to local races. And while that was happening all over America, the courts were being packed with judges that have a clear interest in protecting corporate America, and really not doing much for consumers.

We’ve seen it with class actions. Everybody hears that term class action, and they say, it’s almost like they go cold. Their eyes, they stop looking at what’s important in the words of class action. Class action, this year, has been under attack at every level, whether it’s the appellate court, the trial court, or the Supreme Court. Why that’s important is sometimes it’s the only way that American consumers can push back. We’re now living in a time, and I’ve never seen, I’ve been practicing for 35 years, where a man with a briefcase can steal a lot more than a man with a gun.

And what’s happening there is class action was a way that we could go after banks, and we could say, “You know, it’s not right that you charge us 100 extra dollars for service that you didn’t give us. It’s not right that you do X, Y, or Z with our checking account, and make money every time you do it. We should be able to sue you for that.” Now here’s the problem. What the courts have been doing at every level is taking away the right for the average American to group together, and go forward with a class action where $100, you can’t go to court to get $100 back.

So the big companies, Wells Fargo, they say, “Well gee whiz, we can make a lot of money at $100 shots, and not really worry about being sued, because the average consumer can’t go to court to get their $100 back, without class actions.” And at every level, there has been an effort to do away with that right that the consumer used to have, and we could band together and say, “Wells Fargo, you can’t steal from us without there being some kind of repercussions.” Unfortunately, we’re living in a time you can steal from American consumers, and the courts this year have made that tougher and tougher for the American consumer.