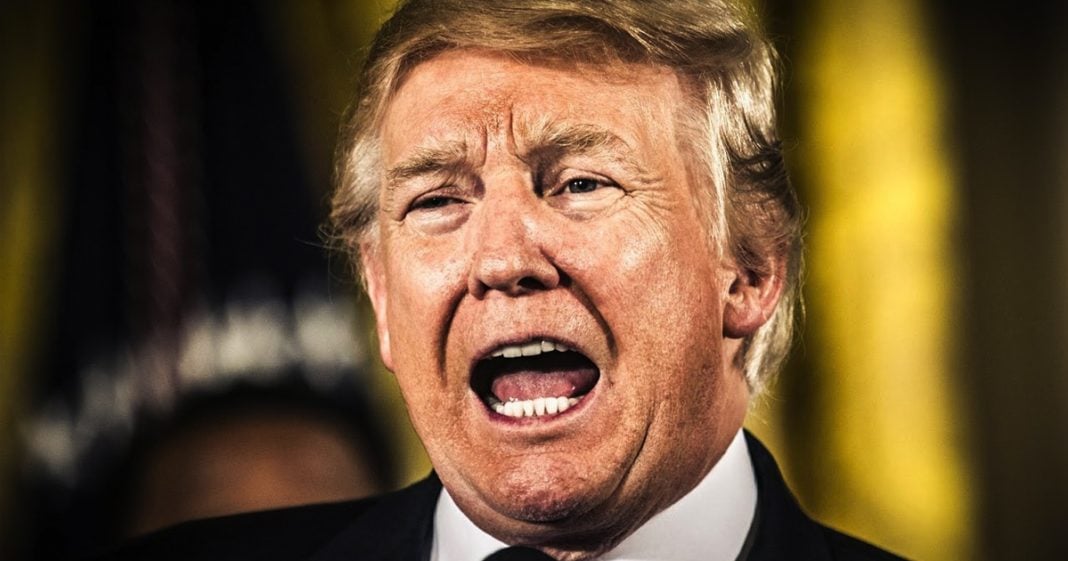 According to a new Gallup poll, 42% of Republicans in the United States believe that negative press coverage of President Trump should be considered “fake news,” even if those stories are 100% accurate. This is a very real problem for the country and for the freedom of the press, and it speaks volumes to how brainwashed Republicans today have become. Ring of Fire’s Farron Cousins discusses this.

The Republican Party, the RNC, has officially announced, in fact, they did it months and months ago, that the entire 2018 and 2020 campaigns were going to be built around the fact that media is awful. They essentially told us, months ago, they’re going to be running the campaigns against the corporate media. According to a recent Gallup poll, 42% of Republicans polled believe that any negative coverage of the president, even if it is accurate, should be considered fake news. I would say, unfortunately, that this Republican campaign to demonize the media seems to be working. 42% of Republicans believe that even if the news coverage is accurate, if it is negative against the president, then it should fall under that category of fake news. I’m sure Donald Trump probably agrees with them 100%, as does everybody else in the White House.

But just because you don’t like something doesn’t mean it’s fake news, and that’s the argument, essentially, that we’re having to make in the United States today, because we have a president who I guess later this evening is supposed to be giving out awards for the fake news media, who’s the fakiest, or the worstiest, or whatever he wants to call it. I’m sure there’s going to be plenty of made-up words during his announcements if he does actually follow through with it, but that doesn’t mean it’s inaccurate. Republicans are even willing to admit that like, “Yeah, sometimes this stuff is absolutely true, but because I don’t like it, it’s fake news.” That’s not how this works.

You got to take it back to the bigger issue. This isn’t just about Republicans being morons, and I’m sorry for having to be so harsh, but at this point, I’m done sugarcoating it. I’m done trying to be nice and say, “Not all Republicans.” No. You know what? If you support Trump still, right now, as of this day, in my book, you’re a friggin’ moron, and you always will be. If you don’t like, sorry. That’s how I feel. That’s what I’m going to say.

But again, back to the bigger issue, this is an assault on the freedom of the press. They have a job, a responsibility, to the American public to tell us what’s happening in the world. And yeah, for the most part, they’ve done a crappy job for the last few years. They helped push us into the Iraq War. They helped not let us know what was actually happening with the death of civilians oversees in war zones at the hands of the United States. But when it comes to covering the kind of crappy things that happen here domestically with the politicians, they’ve done a pretty decent job. They really have. As much as I hate the corporate media, I will admit that they’ve done a good job of covering Donald Trump. They haven’t gotten it right 100% of the time, but nobody has. You know, even Nate Silver, that master statistician was wrong, many, many times, actually, in recent elections. He got the 2012 right, and then beyond that, kind of went down a bit, but that doesn’t mean he’s fake news. It means he’s a human being, like all of us.

To take it back to the Republicans and their assault on the freedom of the press, they’re trying to undermine the First Amendment, because they don’t like what people have to say. They don’t like that people are allowed to get out there and explain what’s actually happening with the president, and that’s not how this works. Freedom of the press goes whether you want it or not, whether you want to hear it or not. As long as it’s accurate, as long as they’re not slandering or libeling anybody, they have every right under the United States Constitution to tell us what’s happening. Republicans can piss and moan, the president can piss and moan all he wants about fake news, but at the end of the day, the media is getting it right hell of a lot more than Donald Trump is.