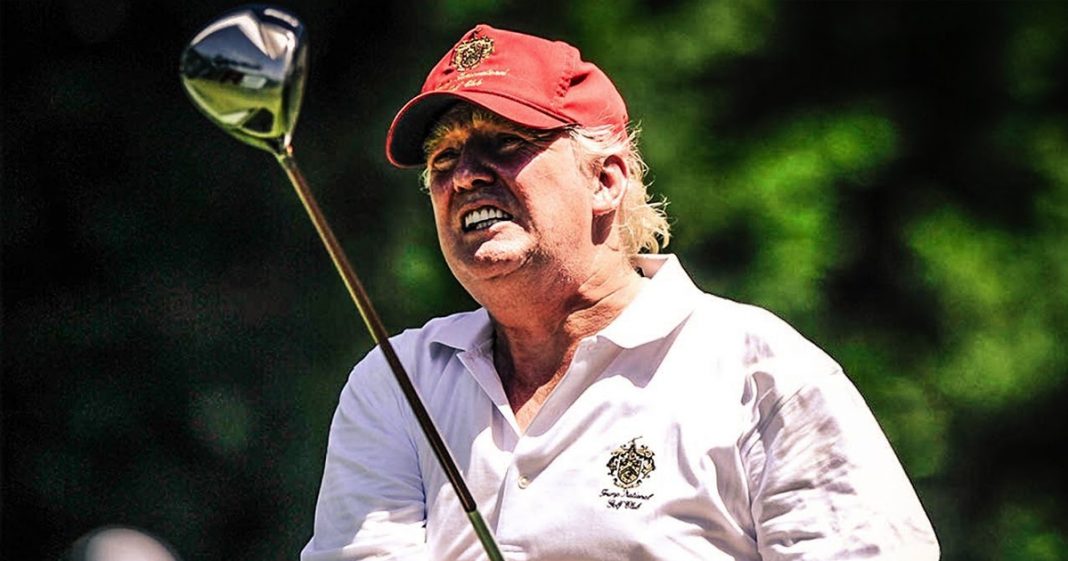 Donald Trump’s winter White House, Mar-a Lago, has once again been cited for several health and safety violations, including hazardous food contamination in their kitchens and potentially dangerous construction deficits. Ring of Fire’s Farron Cousins explains how this latest story shows that the property is very similar to Trump himself – a façade of glitz and glamour on the outside, but nearly rotten on the inside.

Donald Trump likes to refer to his Mar-a-Lago resort in south Florida as the, “Winter White House,” but according to state of Florida safety and health inspectors, probably not the kind of place that the average American citizen would want to go.

The staff in the kitchen was storing milk at improper temperatures that promoted bacterial growth. Cases of hotdogs stored on the ground, on the floor in walk in coolers and freezers, which also allows for anything that drips down onto the floor, for those of you who’ve ever worked in a restaurant, you probably understand this, but it gets mucky, it gets gross, it gets wet and then freezes and then thaws and freezes. And that’s what those hotdog were sitting in.

Mar-a-Lago costs $200,000 to become a member. Just to become a member. That doesn’t include yearly dues and fees for everything else. You have to pay $200,000 for the privilege of being able to walk in the door and then purchase those other services available at this place.

Donald Trump goes down there frequently, pretty much every weekend when it’s a little chilly up in DC. And here we find out that once again, for the second time in Donald Trump’s presidency that’s been going on for less than a year, this place has very serious health and safety violations. Which proves that Mar-a-Lago is not unlike Trump himself.

All the, you know, façade of glitz and glamour and class on the outside, but on the inside, it’s rotting and filled with bugs and falling apart. Which is pretty much the best way to describe Donald Trump himself.

He puts on this façade of being high class, a good guy, you know, the pinnacle of what every American strives to be. But on the inside, things aren’t working right, there’s pieces missing and there’s just general grossness and disgustingness coursing through this man’s veins.

That is exactly what’s happening at Mar-a-Lago, and I’m willing to be that if it’s happening at one of Trump’s properties, it is probably happening in others. But never forget that this dilapidated Mar-a-Lago is the perfect analogy for Donald Trump himself. All glitz on the outside, disgusting on the inside.