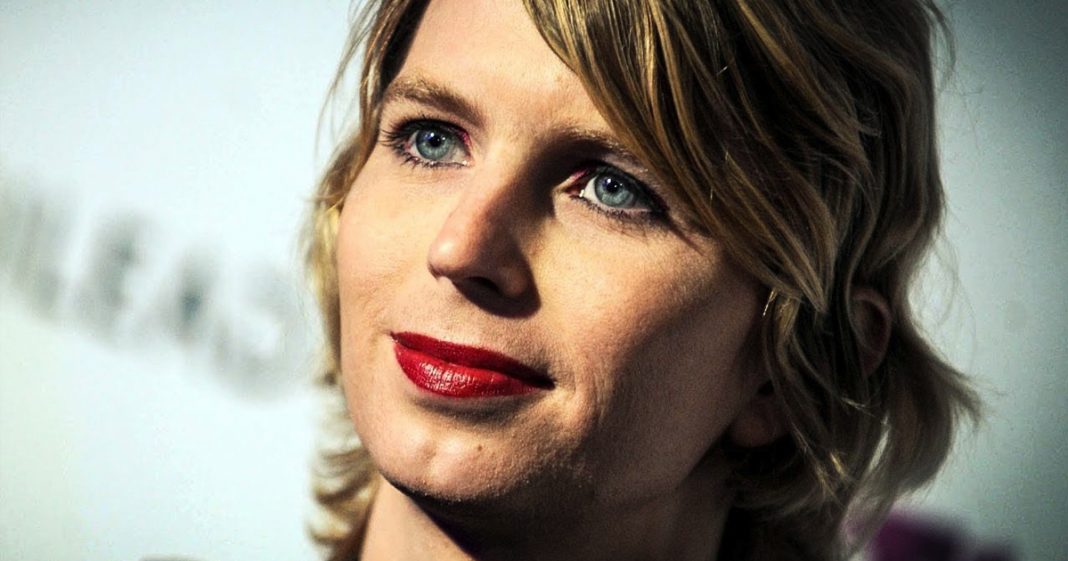 Chelsea Manning has confirmed that she has filed the necessary paperwork to run for the US Senate, seeking the seat in Maryland currently held by Democrat Ben Cardin. As expected, there is division amongst the left as to whether or not this is a good idea, and Ring of Fire’s Farron Cousins weighs in to give his opinion on the matter.

Chelsea Manning has made it official and she has filed the paperwork necessary to run for the U.S. Senate in the state of Maryland, seeking the seat currently held by Democrat Ben Cardin. Cardin is serving the last part of his second term in office and will obviously also be seeking re-election, so there will be a Democratic primary, but that’s kind of putting the cart before the horse at this point.

There have been a lot of think pieces that have popped in the last couple days about whether or not Chelsea Manning should or shouldn’t run, but when you get down to the heart of it, a lot of the arguments that the detractors are trying to make do not hold any water.

Now, to be perfectly honest, this is an issue that I kind of went back and forth with for a couple days here, really trying to wrap my head around it and figure out where I stand. Ultimately, to be honest with you, it doesn’t matter where I stand. Chelsea Manning has absolutely every right in the world to run for the U.S. Senate. That’s not at all what’s been at issue, but I believe, I think I feel, based on everything I’ve read, everything I’ve seen and everything I think and feel, that I do support her run for the U.S. Senate.

Now, one of the biggest arguments that some of the Centrist Democrats have been launching at Manning is that she lacks experience. Guess what? You don’t have to have any prior experience to serve in the U.S. Senate. If you’re looking to get experience, that seems like a pretty great place to start. Furthermore, her lack of experience thing kind of falls short when you consider the fact that there have been plenty of people throughout the history of the United States who have become United States Senators or members of the U.S. House of Representatives who had no prior political experience ever. They were either lawyers or some of them only served in the military as Chelsea Manning did.

Furthermore, as a representative of the LGBTQ community, I believe that Chelsea Manning would be a perfect fit for the U.S. Senate. After all, we’re living in a time where the LGBTQ community, especially transgendered members of that community seem to be one of the most oppressed and targeted for harassment and discrimination in this country today. I’m going to go ahead and qualify that as experience. She understands what it’s like for people like that to go through life, the kind of hassles and hurdles that they have to go through, the discrimination that they face on a daily basis, the slurs that they hear walking down the street.

I qualify that as experience because those are things that she can take with her to the Senate and try to fix. The businesses that are trying to discriminate against the LGBTQ community. She can work on fixing that because she understands what it’s like to be oppressed and to be discriminated against. Yes, I count that as experience. That is a form of experience that a hell of a lot of people in that U.S. Senate do not have.

Now, the other big talking point that they’re throwing out, and we’ve seen Republicans already throwing this out, is that, yes, she just spent about seven years in a military prison. Understandable, that does seem like something that Republicans could easily attack in a U.S. Senate race. However, again, the crime that she committed was leaking evidence of U.S. soldiers killing civilians in war zones and laughing about it.

Now, let’s get something straight right of the bat. First and foremost, this did not result in the loss of any American lives. It did put the lives of American troops in danger. There is absolutely no evidence to support the claims that this endangered our troops.

Second, if you think that the people we’re fighting over there or were fighting at the time, our enemies, if you think they didn’t already know about that, then you are kidding yourselves. Ever since the very first days of the Iraq War and our invasion of Afghanistan, the Taliban, Al Qaeda, Isis, whatever the hell you want to call them or whatever they want to call themselves at the time, they all knew that civilians were dying. That was one of the things that they used in their recruitment to bolster their numbers. Chelsea Manning just brought it to the attention of the American public. Everybody else already knew about it. She was just trying to show us what our troops are capable of doing and it was disgusting. She did not deserve seven years in a military prison for that, which is a far longer sentence than anybody else who has leaked anything from our U.S. Military has received in recent years.

Again, she has every right to run. She does have experience. It may not be political experience, but it’s life experience that a lot of those idiots in D.C. seem to be lacking. Her only crime was exposing the crimes of the United States. I think that’s a talking point that’s easily debunked.

How does she win? She wins with support outside of Maryland. I understand that only people from Maryland can vote. I don’t live in Maryland. I won’t be voting in this particular election, so I don’t necessarily have a dog in this fight, but I do care about the future of this country and I do care about diversity. I think that is one of the reasons why Chelsea Manning would make a perfect U.S. Senator.

I still, obviously, as most of us do, we have to wait for her positions, but I have to imagine, based on her life experience, that they’re going to be positions that a lot of us are going to agree with. You may not agree with 100% of them, but I can tell you we don’t agree with 100% of what Ben Cardin has done. I personally, at this point, will support her. That is what is needed throughout this country right now. That’s the only way she can win this election. It has to come from outside support from outside of Maryland to overcome the attacks and overcome the big money that’s going to be pumped into both Cardin’s campaign and whoever the Republican opponent is in that particular race. This is an election, this is a race that’s going to take all of us, but if we work together, if we continue to support her and help push her forward, we can absolutely overcome any attacks from the Centrists and the Republicans.