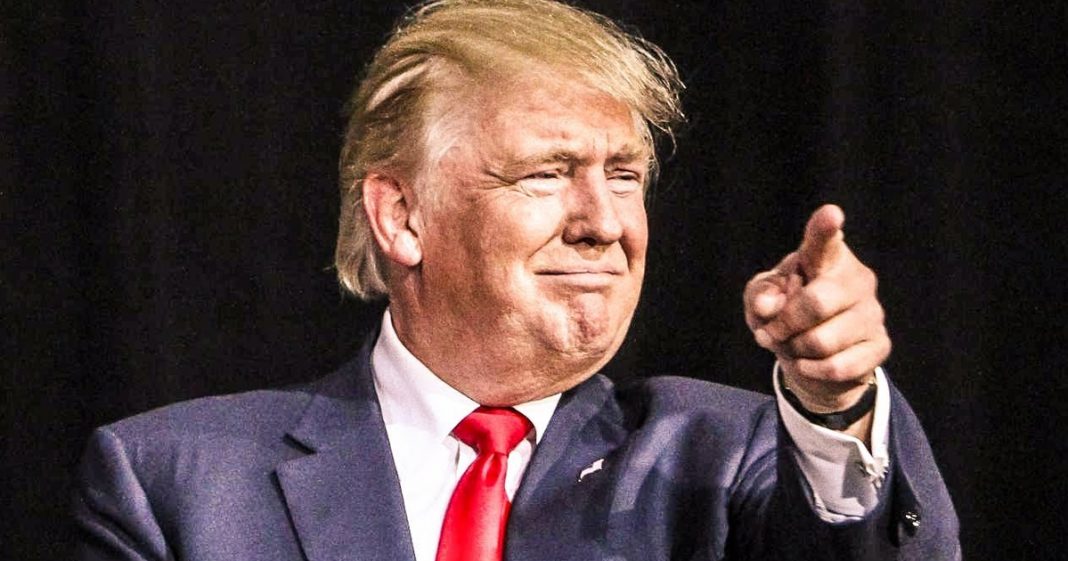 Donald Trump has already shown us that he’s an unstable, potentially unhinged individual, and all that has happened while there have been people who are attempting to hold him back. What’s going to happen when these people leave? We already know that the White House is expecting a huge staff exodus, so what will become of Trump when there’s no one left to hold him back? Ring of Fire’s Farron Cousins discusses this.

Recently a report came out showing that White House I guess staffers, the highest level staffers had told the rest of the staff that they need to let them know before the end of January if they were planning or quitting or they were going to stick around and be around til after the midterm elections later this year. But here’s the thing that that particular story missed and Bloomberg just happened to pick it up. Donald Trump has already one, not staffed the full staff positions that he needs to be able to run an effective White House but two, the White House is clearly expecting a lot of people to quit, mainly based on the increased scrutiny that they’re getting from the Bob Mueller special prosecutor investigation.

What’s going to happen when even more people leave, creating even more vacancies in the White House and then Donald Trump is left to his own devices without any babysitters looking over his shoulder to rein him back in? Now in the past, White House staffers have said that they are worried because there’s not enough of them to constantly keep tabs on the president of the United States as if he’s some kind of giant man-baby that they don’t want sticking a knife in an electrical outlet, but they have admitted that they do need to keep close tabs on him at all times.

With those people gone, and more gone on the way and people refusing to apply for the positions within the White House, how bad is Donald Trump going to get at that point? I mean when you think about all of the horrible things that Trump has tweeted or said or done, since becoming president, that happened, all of that with people looking over his shoulder and saying, “No, please God, don’t do that.” Or maybe word it this way instead of the way you were going to say it.

When those babysitters are gone, Donald Trump is going to get much, much worse. Not just in what he decides to tweet out or say to reporters. We know, based on reports from staffers that they have to cushion things for Donald Trump. They have to sugarcoat them so that he doesn’t overreact to them. What’s going to happen when you get a new person in there who wasn’t trained by these sugarcoaters who just hands Donald Trump a report that pisses him off? Is he immediately going to reach for the nuclear football and just say screw it, I’m going to bomb them?

Or are they going to have enough sense to rein his crazy ass in, because at this point, I don’t think you’re going to have any competent, rational people applying for jobs within the Trump White House and the few people in there who they might be horrible but at least they’ve helped to reign him in a little bit, those people are likely leaving, so we’re going to be left with a crazy person in charge of the United States with nobody there to help pull him back from the brink of pure psychosis. That’s what we’re looking at with these particular situations and I fully predict that as more and more people begin to leave the Trump White House and more of those positions become vacant, you’re going to notice Donald Trump’s tweets and his statements are going to get crazier and crazier because there’s going to be nobody left to tell him to tone it down a bit.