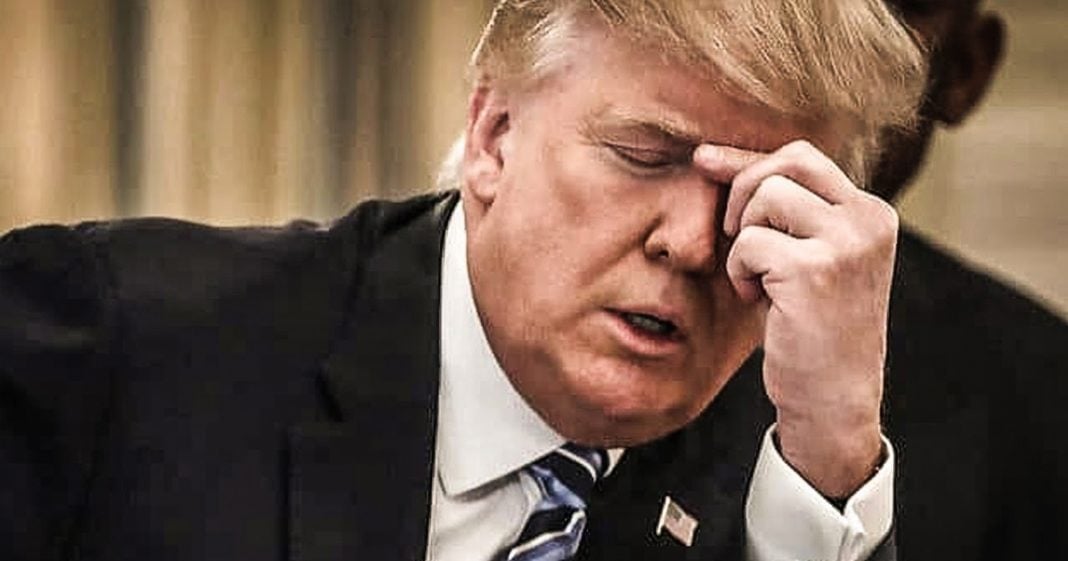 According to a new analysis of Trump’s vocabulary, the President of the United States regularly speaks at a fourth grade level. While this may seem harmless, it actually helps us understand a lot more about Trump’s mental fitness and maturity level, as well as his ability to manipulate his base. Ring of Fire’s Farron Cousins discusses this.

According to a new analysis, Donald Trump speaks to the American public at a 4th grade level. That is the lowest speaking level of any modern president out of the last 15 American presidents. The only reason that we’re able to say out of the last 15 is because prior to that there are not enough speeches or any kind of things that we can look back on to get a full, clear picture of what grade level a president spoke at.

Donald Trump is officially the lowest level, has the worst language abilities out of any president in modern American history. For those of us who were around and paying attention and doing this during the Bush administration, that says a lot. I mean, hell, entire books were written with Bushisms, words that George W. Bush just created because he didn’t know the actual words because he wasn’t very bright, and then along comes Donald Trump to outdo even George W. Bush on being just a flat out idiot, I guess.

You know, I go back to Bush a lot, but Bush really set the bar for the presidency so low that it allowed for people like Donald Trump to come in and win that office. John McCain helped out a lot when he picked Sarah Palin to be his running mate, and then when we had people like Michele Bachmann on the national stage, Louie Gohmert, Ted Nugent stepping up there, Kid Rock considering a senate run. Those people are dumbing down the basically the entire American political system. Donald Trump is right there to show us how bad things can be when we pick a brain dead human being to serve as president of the United States.

You may not think that it’s a big deal that Donald Trump speaks at a 4th grade level. I know there’s a lot of people in this country who, just like with George W. Bush, pick their president based on who they want to sit and have a beer with. He’s just an average Joe. He’s like me. He speaks like me. He looks like me, which was a big issue they had with Obama.

It started with George W. Bush, but at the end of the day all of it aligns with the American voters. We have lowered their expectations and told them that it’s good for presidents to be dumber, that it’s good to have a guy that speaks like you, like a guy you’d expect to sit next to you in your little local bar. We’ve got to do better than that, because I don’t think there’s anybody sitting in a bar right now that we should say, “You know what? He’s like me. He should be president.” No. We should pick the guy who spent his formative years studying and learning and making themselves better because if they spent enough time to do it for themselves, then it’s pretty much guaranteed that they’re going to do that for the entire country.

Trump isn’t that guy. This latest little study of his vocabulary kind of shows us the path that we’re on and it’s not a path that any of us should be proud of.