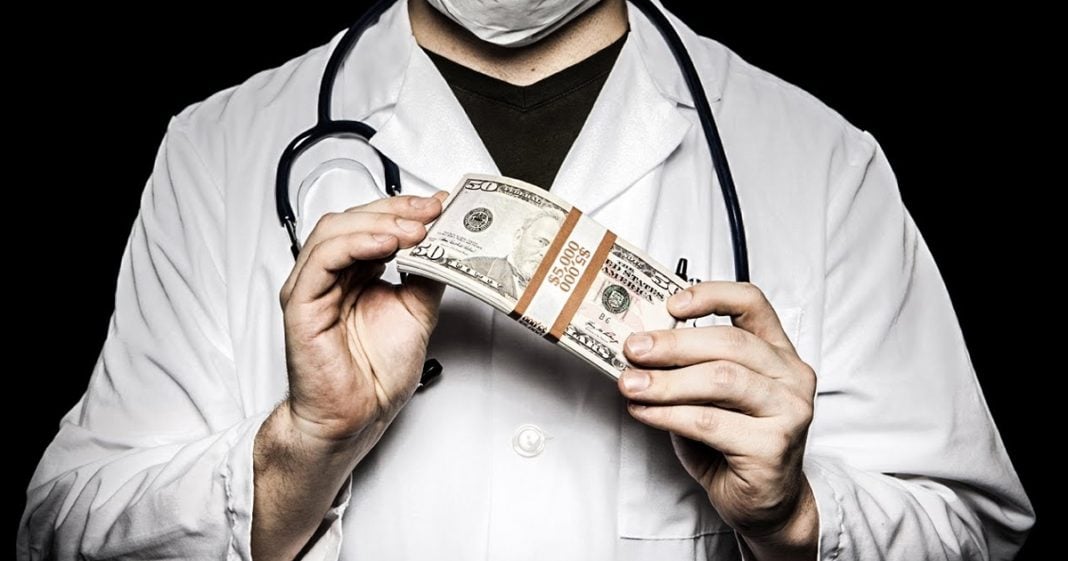 Major drug companies in the United States were just treated to a huge windfall in the form of tax breaks by the Trump administration, and rather than reinvesting that money into their own company or using it to expand research, they are putting the money directly into the pockets of shareholders and actually CUTTING out the funding for research on diseases like Alzheimer’s and Parkinson’s. This proves that everything Republicans told us about tax breaks was a lie, and as Ring of Fire’s Farron Cousins explains, it tells us that Big Pharma only cares about dollars and not about curing diseases.

Pharmaceutical giant Pfizer, has announced that as soon as they pocket all that money from the Republican tax cut, they’re going to stop funding research into projects like Parkinson’s and Alzheimer’s disease because, well, they don’t need to be spending money on that if they’re already getting huge profits just in tax savings from the Federal Government.

Now, what Pfizer is actually saying is, their official line, the statement that they’re making is that we’ve got other projects in the pipeline, in the R & D pipeline and these are kind of sucking up a little too much money, so, we’re gonna go focus on some of these other diseases out there that we wanna cure.

So, instead, we’re gonna go focus on diseases that maybe you get as a child and keep through your whole life and have to take a pill every single day for 80 years because that’s gonna put even more money in our pockets.

Everything that this company is deciding to do here is about money. They do not care about curing Alzheimer’s or Parkinson’s or even making those people’s lives better with better medication. They care about their next blockbuster drug. They care about the next disease that they’re going to invent so they can invent a pill that’ll treat this imaginary disease that, hey, you probably have because it’s imaginary.

When you look back at some of the biggest pharmaceutical litigation in the history of this country, pharmaceutical giants getting popped for hundreds of millions, sometimes even a billion dollars, they still made a profit off the drug. They still took home more than they pay out in lawsuits, so, it’s a win-win for them. Yet, they lose a little of that massive profit, but, not enough to make the drug unprofitable. That is their M.O. and now that they’re getting these massive tax breaks and pulling even more money from literally doing nothing, they’re pulling the funding for research programs on Alzheimer’s and Parkinson’s because they don’t care and now they feel like they don’t even have to pretend to care.

As long as they keep funding those Republican politicians and some of the Democrats as well, even though big pharma’s money typically goes overwhelming to Republicans according to Open Secrets, as long as they keep doing that they know they’re taken care of. They pump out a few different blockbuster drugs each year, let the real heinous, horrible diseases that destroy people’s lives and families, let those go untouched and unnoticed because they’re not profitable enough. And all they gotta do is keep writing campaign checks to Republicans and their bread will continue to be buttered.