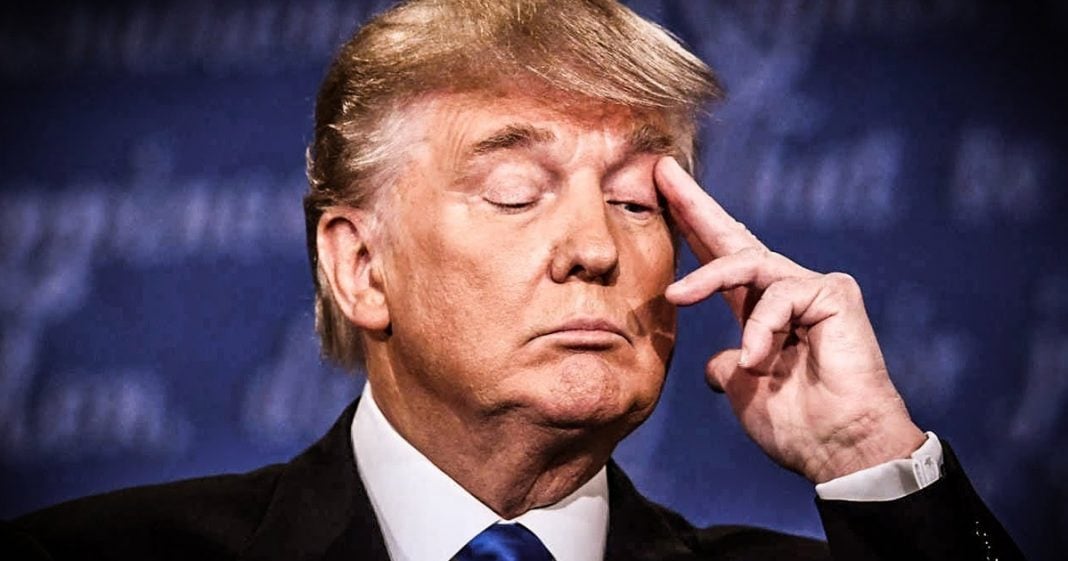 Several large corporations announced that they would be handing out $1,000 bonuses as a result of the recently-passed tax cut package. But in the same breath, many of them announced that layoffs were also headed for their employees. To make matters worse, none of these companies have signaled that they would be giving their employees raises or that these bonuses would ever happen again, putting a huge nail in the coffin of the most popular Republican talking point on tax breaks for the wealthy. Ring of Fire’s Farron Cousins discusses this.

In recent weeks, we’ve seen lots of different corporations, AT&T, Bank of America, insurance companies, Nationwide, Boeing, all announce that they’re giving their employees these one-time bonuses, Comcast as well, of $1,000 just because the Republicans passed their tax cut package for the wealthy and for corporations, and they’re gonna show us exactly how well trickle down economics works. So, everybody, most everybody, at these companies is gonna get a thousand dollars because that’s what you get from these tax cuts.

Walmart today announced that, you know what, they’re increasing their starting wage to $11.00 for every employee in every store, all throughout this country. You’re starting at $11.00, you’re getting a bonus if you qualify for it, which most people didn’t catch that part, and we’re gonna start giving you benefits. Well, here’s the thing. None of these either have anything to do with the tax cut package, or they’re not long-term and sustainable.

In the case of Walmart, the reason they’re raising their wages has nothing to do with the tax cut package, even though they say it does. It has everything to do with the fact that their competitors, specifically Target, just announced that they were increasing their starting wages and the benefit packages for their employees, and Walmart was suffering from a very severe shortage of employees throughout this country because they weren’t competing with other places who were paying their employees decent wages, so they decided to react to the market and raise their wages. Had nothing to do with tax breaks because they could’ve done this at any point in the past. They had the money.

The little Walton children who are still the main shareholders of Walmart each pocket billions of dollars every single year in profit. They had the money to do this from day one. They just chose not to, and they want to give the credit to Donald Trump and the Republicans, even though that is completely dismissed from reality. These other companies, AT&T, Comcast, Boeing, Nationwide, Pfizer, these companies that are giving people one-thousand-dollar bonuses, what is one thousand dollars spread over 12 months, because that’s basically your raise. That’s all you’re getting, and what’s even worse about it, it’s just a one-time thing.

Your paychecks are not going to increase every time you get them. Your paychecks are probably gonna be no different today than they were at this point last year. They’re not raising wages, and many have announced that they have no plans to increase wages, and that these bonuses, yes, were a one-time thing, and many of the companies that actually gave out these bonuses are laying off workers later in the year, so even if you got your thousand dollars because of the tax cut, you’re gonna find yourself unemployed in the next three months.

These companies are trying to convince us that this tax cut worked and that it’s gonna trickle down to the rest of us, but it’s all a façade. None of it is true. Watch what these companies do over the last few months once people stop paying attention. The fact that they gave these bonuses out right after the tax cut passed, before they ever even got any savings, proves that it had nothing to do with the tax cut, but they want us to think that it is, and in two, three months when they think that we’ve forgotten, things are gonna go back to being just as bad for these employees as they always were because they’re not gonna get raises, and many of these same companies have announced that they’re not going to spend these savings on workers or expanding their businesses, and instead they’re gonna use this money and redistribute it amongst their shareholders. The average employee is going to end up with nothing.