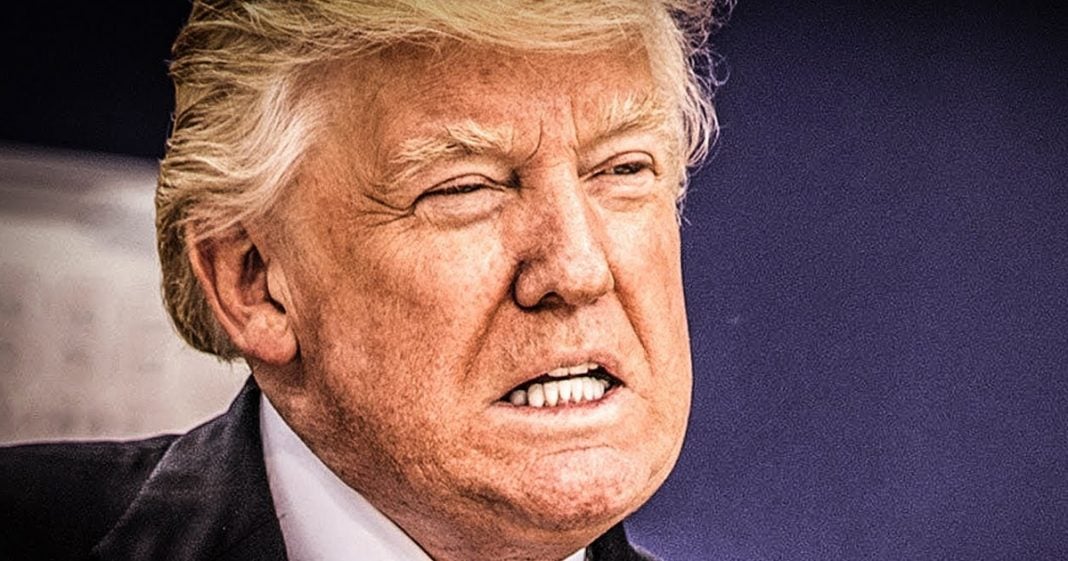 In the early days of the Trump administration, there were a handful of Republicans who were willing to tell the public that Trump is a madman that shouldn’t be trusted. And now that he’s proven them right, those voices have disappeared. The Republicans who were once willing to stand up to Trump have become faithful lapdogs for the President in less than a year, even as the President’s mental stability continues to sink into the abyss. Ring of Fire’s Farron Cousins discusses this.

If you think back to the early days of the Trump administration, where we had people like John McCain and Lindsey Graham out there telling us how dangerous Donald Trump was, and they didn’t really support him, even though they actually ended up voting for pretty much all of the nominees he put forward, no matter how horrible they were for cabinet positions, but they were still out there in the media telling us this guy’s crazy. I don’t believe in him. I don’t follow him. We had other Republicans, Susan Collins telling us the same thing. Paul Ryan was just staying out of the fight, only talking politics, wasn’t going to lavish praise or hate on Donald Trump. Kind of the same with Mitch McConnell.

But in the last month or so, as Donald Trump’s mental stability has clearly escalated on the decline, all of these Republicans who were either silent about Donald Trump, or outspoken in their criticism of him, all of them have turned into loyal lapdogs for President Donald Trump. Lindsey Graham, who was probably the loudest anti-Trump voice over the past year of 2017, has suddenly become one of Donald Trump’s go-to golfing buddies. He’s now out there telling the press how great Trump is, and how wonderful it is to be able to spend time in his presence. What a great guy he is.

And again, the more important thing is not just that Republicans predictably rolled over and became loyal lapdogs for Trump, but the fact that Donald Trump’s administration is clearly going down in flames. The man’s brain may or may not have holes in it, like swiss cheese because of some undiagnosed mental illness, and yet Republicans refuse to acknowledge this, and instead they’re doubling down, praising the president, giving him all of their love, at the time when the American public needs them the most.

There are very few people left in this country who whole-heartedly support the president, and who are not questioning his mental stability, and his decision making process, and his potential criminal activity. Very few people fall into that category who think all three of those are just made up stories by the media. The majority of people in this country believe that either Donald Trump committed some kind of illegal activity, or that he is suffering from an undiagnosed mental illness, or that his years of sexual assault allegations should cause him to be removed from office, or that he’s just generally an unstable president who needs to be removed from office.

The majority of the public believes at least one of those things. Those of us who have been paying attention agree with all four of them, and yet Republicans, rather than standing up to this man who they promised they were going to fight back against starting day one, they’ve decided that he’s their new best friend. He’s the guy they want to go golfing with, that they want to go to the mall with, unless, of course, I guess you’re Roy Moore.

But the point is that they were supposed to help protect us. They promised us. They acted like it. They told the media we’re not going to roll over for this guy, and sure as hell, they rolled over for the guy. We do not have very many people left fighting for average American citizens in the United States in Washington D.C., and the few that we do are Democrats or Independents. And I think we know who those Independents are. I don’t think I even have to name them, but the bottom line is that there is not a single Republican likely in this country, that is fighting against Donald Trump, and working to protect the interests of the average American citizens. They just wanted tax breaks for their donors. They got tax breaks for their donors. They repealed a part of Obamacare that’s going to help to cripple the program, and strip millions of their health insurance, so at this point they don’t care.

They got what they wanted, so if Trump wants them to lavish him with praise, they’ll go right along and do that because to hell with the American people. That should be the new motto of the Republican party. All for us, nothing for you. Hail Trump.