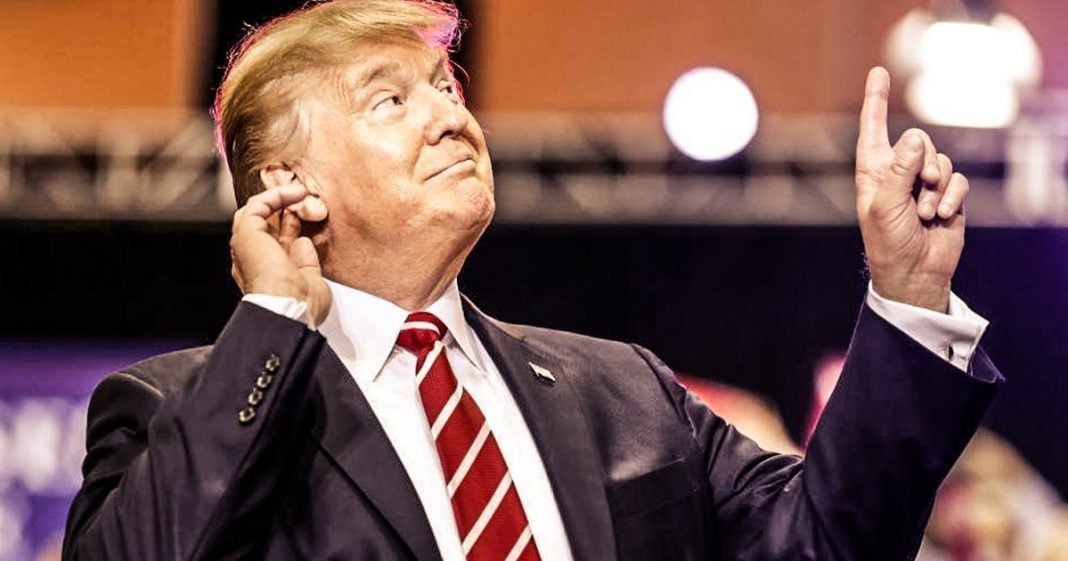 According to Democratic Senator Richard Blumenthal, there is already more than enough evidence to bring obstruction of justice charges against Donald Trump, as well as other members of the Trump administration. But given the current makeup of the House and Senate, it will likely take much more than obstruction of justice to remove Trump from office, as Ring of Fire’s Farron Cousins explains.

According to Democratic senator Richard Blumenthal on a recent interview with Morning Joe on MSNBC, Donald Trump has pretty much already very clearly committed obstruction of justice and it would be very easy for the special prosecutor to bring forward an indictment against Trump for this obstruction of justice. Blumenthal pointed out three specific events that could easily result in indictments for obstruction of justice. The first one being his attempt to prevent Jeff Sessions from recusing himself from the Russia investigation. That was obstructing justice by trying to convince his buddy to stay in charge of the investigation, to make sure nothing comes of it.

The second instance could be when he asked James Comey for loyalty and when he didn’t get the answer he wanted, he fired James Comey as the director of the FBI. The third instance and this one is a little more iffy because technically we don’t know, although we pretty much do know, is that if Donald Trump helped draft Donald Trump Jr.’s response to the allegations of his meeting with the Russian lawyer at Trump Tower, if Donald Trump helped that to help cover it up, then that would also be construed very easily by a prosecutor as obstruction of justice.

Now, I personally hope that Blumenthal is that correct in these instance and that we can get Donald Trump on obstruction of justice. Blumenthal also said there’s several other members of the Trump administration that very clearly have also obstructed justice. However, given the current makeup of the House and the Senate, an obstruction of justice charge or three potential obstruction of justice charges against President Donald Trump, will not be enough to remove him from office. Just like Bill Clinton lying under oath and getting popped for that, he got impeached for that but he didn’t get removed from office. And that is the second piece of the puzzle that we have to be absolutely sure of when we go for Donald Trump, when we finally get the evidence we need.

It cannot just be obstruction of justice. Republicans will never remove him from office for only that. The way the impeachment process works, the impeachment articles are debated and voted on in the House. If they vote to impeach, it then goes over to the Senate where they vote whether or not to remove the President from office. It takes both chambers. Impeachment in the House, is far more likely. Removal by the Senate is less likely unless the Democrats can somehow take the Senate back or at least even it up to the point where we can get some Republicans, maybe to go along with the removal. But if we only impeach him and he stays in power, he is going to feel empowered. He is going to do more crazy things because he understands that just an impeachment but not a removal will still more than likely result in him not winning reelection in 2020.

We have to make sure that he can’t even run for President in the year 2020. Obstruction of justice is great and it’s a phenomenal stepping stone to taking down President Trump but unfortunately at this point with what we need, with what we have, obstruction of justice alone is not enough. We have to have concrete solid evidence to able to remove this man from office and remove him from American politics once and for all.