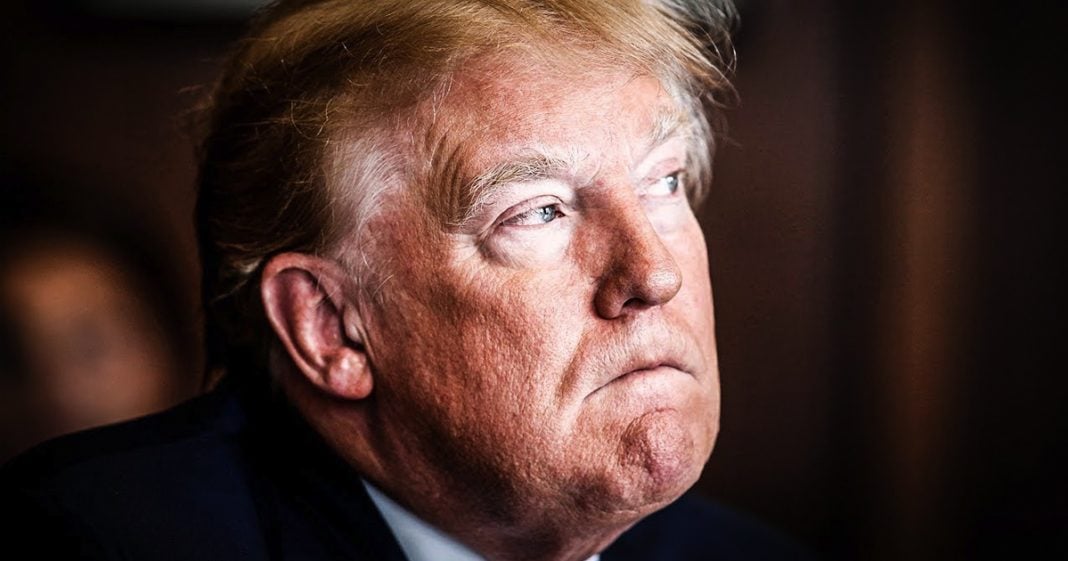 The White House has confirmed that Donald Trump’s visit to Britain has officially been cancelled. According to Trump, he cancelled the visit because he thinks the agreement to move the US embassy to a new location in the country was a “bad deal,” but in reality, he doesn’t want to go because he knows that no one over there wants him in their country. Ring of Fire’s Farron Cousins discusses this.

For many months now there’s been kind of this back and forth about will he or won’t he, in regards to Donald Trump making an official visit to Britain. And this week, it was determined that no, Donald Trump will in fact not be making a trip to Britain after all. According to Trump himself, the reason he’s not going to make this trip is because he thinks that the deal struck by Barack Obama to move the US Embassy in Britain to an off-site location, he thinks it was a bad deal. He thinks we got screwed over in it and we’re spending too much money to do it, so they wanted him, according to Trump, to go over and cut the ribbon. He’s not going to do it. He’s not going waste his time on it. He’s got other things to do. Well, there is several things wrong with what Donald Trump says here. First and foremost, it’s an outright lie because Barack Obama’s not the one who sold the other embassy and decided to build a new one. That actually happened under George W. Bush. Second of all, it wasn’t a waste of money because all of the money used to build the new one was from the sale of the previous one.

So basically, it’s a net nothing. We didn’t lose money. We didn’t gain money. So I don’t really see how that’s a bad deal considering how we get essentially a new embassy without having to spend any addition money. Then third, and this is the most important one, Donald Trump isn’t not going to Britain because he doesn’t want to cut the ribbon for an embassy he doesn’t want, he’s not going over there because he understands that there’s only maybe a handful of people in that country that actually want him there. A few months ago it was announced that his visit, should it take place, was going to be down graded from an official state visit to just a working visit. Meaning he could probably meet with some members of Parliament if he wanted to but they weren’t going to roll out the red carpets. They weren’t going to have all the bells and whistles and he damn sure wasn’t going to meet the royal family. That’s why Donald Trump’s not going.

Because he wants to be treated like a big deal because, in his head, he is a big deal. He’s the biggest deal there’s ever been. But in the eyes of everyone else around the world, aside from his sycophantic voters here in the United States, nobody gives a shit about him. Nobody cares. They see through him and they understand what he is about and what he really stands for. For some reason we have a good faction here in the United States that’s incapable of seeing that. But at least everyone else in the world understands it. They don’t want him there. They don’t want him meeting the Queen. They don’t trust him. They don’t like him and they understand that he is a racist. They’re better off not bringing him over to their country.

And in fact, according to members of the White House, Donald Trump was fuming Thursday evening about the fact that they weren’t going to bring out all the “bells and whistles” and “roll out the red carpet for him”. So we know that his excuse of not wanting to go because he disagrees with the embassy moving is an absolute lie. Nobody in Britain wants you over there, Mr. President. So stop acting like this was your decision to not go over there. According to reports, the British citizens, the British government, the British Crown, made the decision that you weren’t coming over to their country about six months ago.