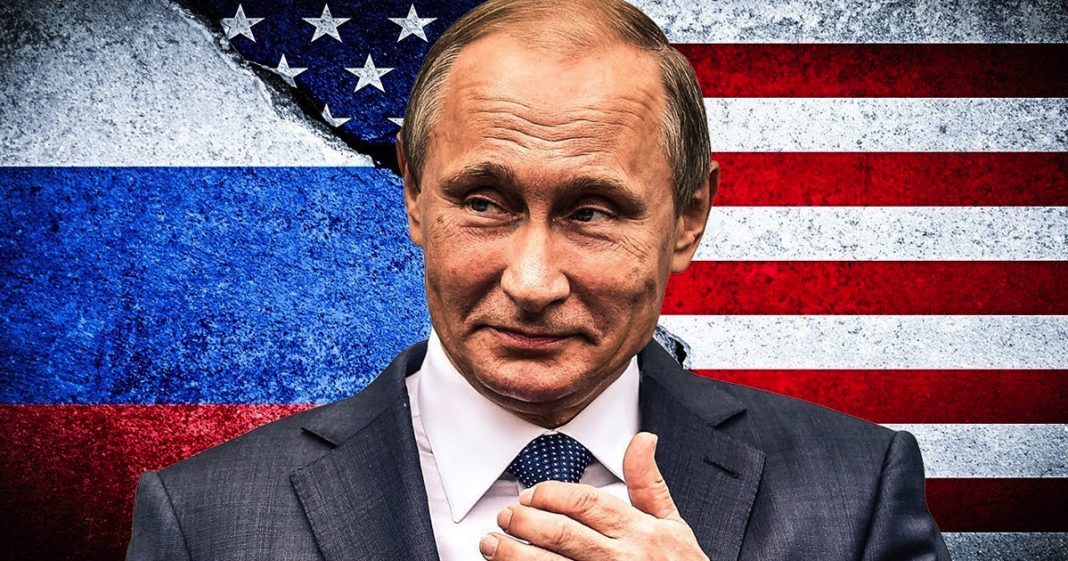 According to a report by the cybersecurity firm Trend Micro, the very same Russian hacker group that broke into DNC servers has been laying the groundwork to do the same thing to sitting members of the US Senate. Our country’s cybersecurity measures are sorely lacking, and there’s no end to the kinds of information these hackers could get their hands on if they succeed. Ring of Fire’s Farron Cousins explains the situation.

According to the cyber security firm Trend Micro, they’ve released a new report that says that Russian hackers are trying to lay the groundwork to be able to hack into US senate members’ computer systems. Now, they say that the hackers who are doing this are the exact same hacking group linked to the Russian government that hacked the DNC servers and got ahold of all those democratic party emails that WikiLeaks then later released.

Now this firm Trend Micro has been at the forefront of cyber security here in the United States, and they have helped to uncover some other instances of cyber security threats over the years, specifically when members of the senate, their staffers at least, were hacked back in 2015, and 2016. While they admit that it’s very difficult to track a specific hacking operation to a specific group, they do say that they are 100% sure that the group laying the groundwork to hack into the senate is the same group that hacked into the DNC, which is a group called Fancy Bear.

Here’s the thing, and this is why this story is so disturbing here, they’re trying to set up these fake websites that are masked to look like the senates’ internal email system so that people will log in to these fake websites, the hackers will then get their information and be able to steal all kinds of documents and emails and things like that. If they are successful, if everything in this story is true, they could get their hands on highly secret information that if in the wrong hands could result, potentially, in a war.

They could sell these secrets to other countries who hate the United States, and hell, Russia might even be one of them for all we know. They would get their hands on some of the deepest, darkest secrets of the United States, and while some of those, I’m sure the public does need to know, there’s a lot of things that do need to be kept secret. I almost hate to say that. I feel like that’s a dirty thing to say, but I think a lot of people also understand that yes, there are some things that the federal government has to kind of keep secret from time-to-time, or at least, keep that information out of the hands of our enemies.

The problem here, the bigger problem is not only that this is starting to happen according to Trend Micro, but that we’re doing nothing about it. We knew, we do have the confirmation that it was Russian linked hackers that got into the DNC emails, that’s no longer up for debate, we know that. Now this firm is telling us that the same people are trying to hack into the US senate, and steal information for God knows what purposes, and we’re doing nothing about it. We could have started doing something about it back in 2016, or 2015, but we didn’t, and now that Donald Trump is president, we already know his stance on Russia and the hacking and all of that, he’s not going to do a damn thing.

This is more than just a partisan problem at this point. If they begin hacking into senate members’ emails and documents, they could steal some of the most sensitive information that the United States is trying to keep out of the hands of enemies. That’s a problem. It’s a war-level problem, and could easily start a war. That’s not what we need right now, it’s not we need ever, and yet Donald Trump, the republicans, they will not do anything about this. The only way that we can hope to fight back on the cyber security front is to get rid of Donald Trump, get rid of the republicans, and elect people who understand that this is a threat, that these are acts of war. They shouldn’t be met with guns, and bombs, and violence, and jets, and tanks, but they should be met with an appropriate response, and at the very least, shut down.

We have to keep our country secure. It’s not by building a wall, or by bombing other countries, it’s by making sure that our cyber infrastructure is secure, and impenetrable. That’s something that these old-timers that we have in Washington, DC don’t quite understand. A hacker getting into secure government files from another country is a hell of a lot more dangerous than a guy with a bomb strapped to his chest.