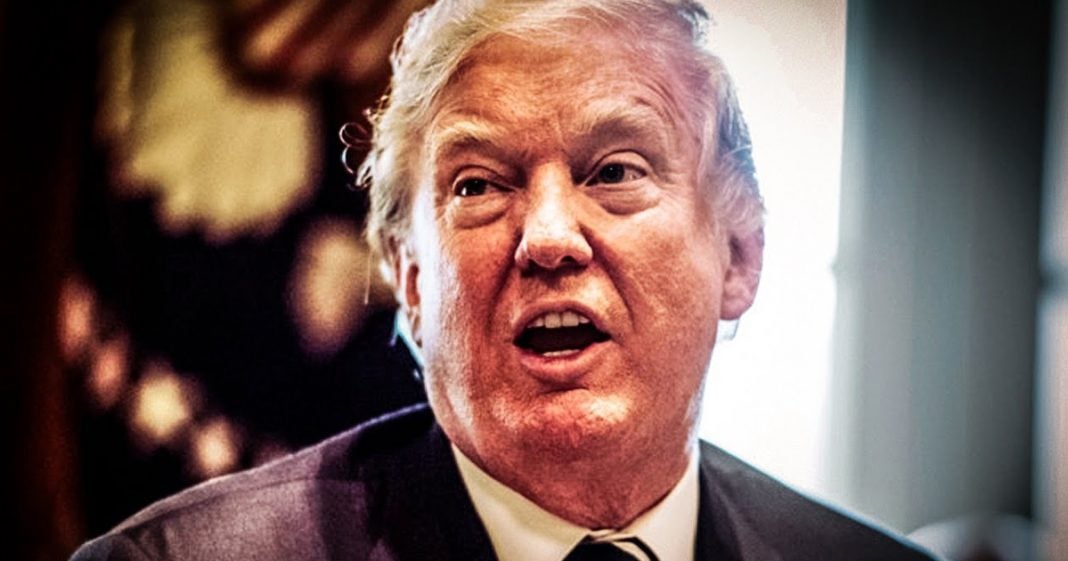 Donald Trump may not have the same level of legislative accomplishments as his predecessors, but there is one area where he has them all beat – the number of lies told during their first year in office. This week, while discussing immigration reform, Trump told his 2,000th lie since being sworn in less than a year ago, making him officially one of the most dishonest president’s in modern history. Ring of Fire’s Farron Cousins discusses this.

Compared to past presidents during their first year in office, Donald Trump has achieved basically less than everybody that came before him, with the exception of, I believe, one other president. But there is still one area where Donald Trump has everybody beat, and I’m not just talking about his constant vacations, which also set a first-year presidential record. No, as it turns out, there’s something that Donald Trump loves even more than taking vacations, and that is lying to the American public.

Earlier this week, Donald Trump officially told his 2,000th lie as President of the United States since being sworn in on January 20th of 2017, meaning it took him less than a full calendar year to tell 2,000 lies to the American public. And what was that 2,000th lie about? It was about the border wall. Donald Trump said during a meeting that not only can we finish the wall within a year, but it’s also going to cost a hell of a lot less than previously reported. “Those people who actually crunch numbers for a living, they were so wrong, and Donald Trump was right. It’s going to be, you know, few bucks here and there; we’ll build this wall in less than a year. We’re good to go.”

So that was the 2,000th lie from Donald Trump, and I’m willing to bet that before January 20th, when we hit that full 365 days of Donald Trump being president, that the number is going to go much, much higher than just 2,000 lies. At this point, Donald Trump is now averaging 5.6 lies to the American public per day, which means that the frequency with which he is lying to the American public is actually increasing. About six months into his administration, he was lying to the public about four times a day. I think the official number was about 4.2, 4.3. Three months ago, the amount of lies that Donald Trump was telling per day was at about 5.2, and now, it’s at 5.6. Is he going to hit that six lies per day within the next few months? Based on everything that we have seen from this man since being sworn in as president, I have no reason to believe that we won’t hit six lies per day, and that by the end of 2018, we’re probably going to be looking at seven or eight lies from the President of the United States every single day.

The worst part about this is not only do we have a president that is incapable of telling the American public the truth, but we have a decent-size portion of people in the United States who don’t seem to care. Either they buy into everything that the president says, or they just chalk it up to “Well, all politicians lie, so I’m going to give him a free pass on this.” This is not something to be taken lightly. This is not something to just gloss over; this isn’t something that should just make you roll your eyes and says, “Okay, move on.” This is a man who is the most powerful human being on the planet, arguably, telling 5.6 lies to the public every single day. This is something we should care about. This is something we should probably do something about.

And I know we can’t just impeach or remove a president for lying about stupid things, as most of Trump’s lies have been lies of vanity. However, I think this kind of falls underneath that category of mental fitness, and when we have a man who continues to live in his own version of reality, and ignores anything resembling the truth, I think at that point, it might be time to start bringing up the 25th Amendment. And if the Republicans in Congress had any shred of dignity or concern for the American public, they would take these 2,000 lies and put those in as an exhibit showing Donald Trump’s mental fitness is not where it should be in order for him to serve as President of the United States. Unfortunately, the Republicans are just a little too weak to actually do that.