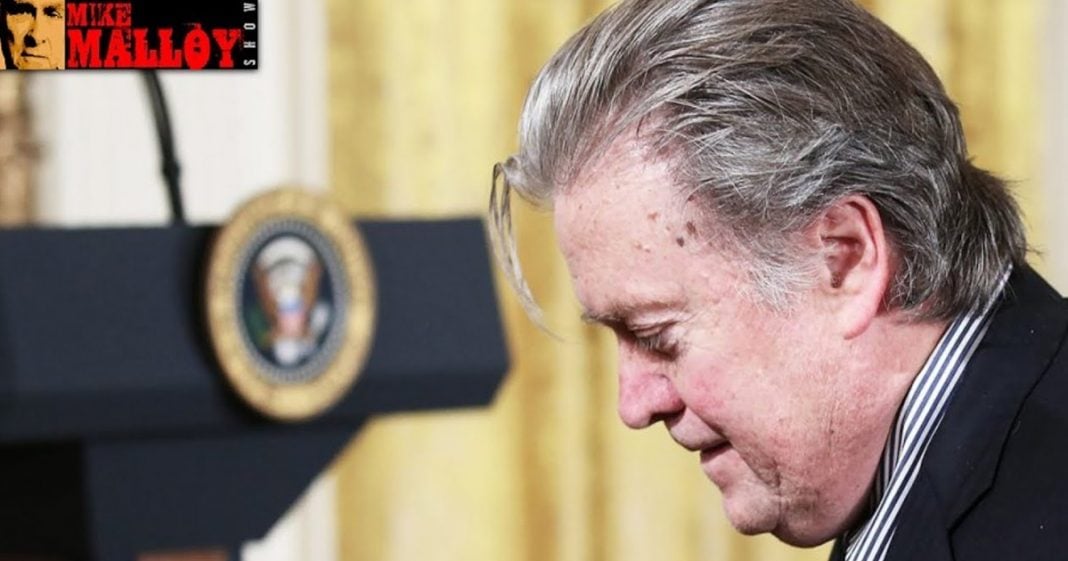 President Donald Trump’s former strategist Steve Bannon on Sunday backed away from derogatory comments ascribed to him about Trump’s son in a new book that sparked White House outrage and could threaten Bannon’s influence as a would-be conservative power broker.

Bannon, ousted from the White House in August, was quoted in “Fire and Fury: Inside the Trump White House,” by journalist Michael Wolff, as saying a June 2016 meeting with a group of Russians attended by Donald Trump Jr. and his father’s top campaign officials was “treasonous” and “unpatriotic.”

The president responded by saying Bannon had lost his mind, and the White House suggested the hard-right news site Breitbart News part ways with Bannon as its executive chairman. Bannon said in a statement released on Sunday that his comments were directed at Paul Manafort, Trump’s former campaign manager, and not aimed at the president’s son. “Donald Trump, Jr. is both a patriot and a good man. He has been relentless in his advocacy for his father and the agenda that has helped turn our country around,” the statement said. Mike Malloy discusses this.

Trump Sends Out Ivanka To Win Over Suburban Women