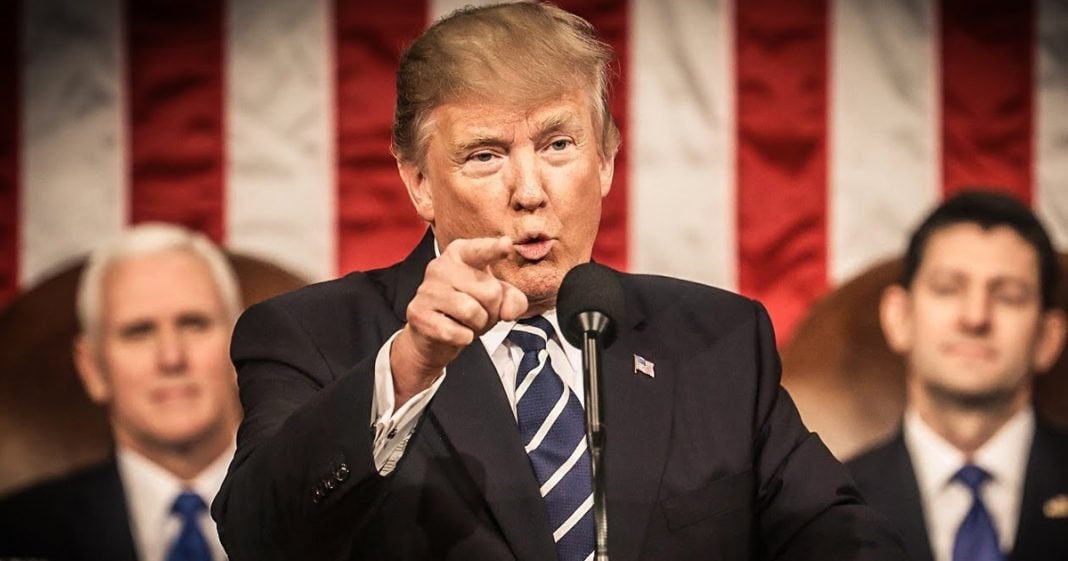 Every now and then, the Democratic Party shows that they still have some fight left in them. This week, Democratic leaders in the House announced that they would be inviting the victims of sexual misconduct and assault to be their guests at the Trump’s first State of the Union address next week, and the guests may include people who have accused Trump himself of inappropriate conduct. This move is similar to when Trump brought women who had accused Bill Clinton of sexual misconduct to a presidential debate, but given the current atmosphere, this has the potential to bring more awareness to the man who has seemingly gotten away clean while other harassers are losing everything. Ring of Fire’s Farron Cousins discusses this.

Democratic members of the House of Representatives announced this week that they’re going to be inviting survivors of sexual assault and people who have otherwise been the victims of sexual harassment and other forms of sexual misconduct. They’re inviting these women to be their guests for Donald Trumps very first State of the Union address that’s coming up next week.

Now, Representative Lois Frankel, a Democrat from the state of Florida, had previously suggested earlier this week that Democrats should hold a mock hearing with the women who have accused Donald Trump of sexual assault. This idea was actually shot down by Nancy Pelosi, as she believed it would distract from the broader conversation and the attempts by Republicans and Democrats to craft legislation to protect sexual harassment victims.

So, Frankel is one of the leaders on this issue, where they decided that they’re going to bring these women to the State of the Union address. It could actually include some of the women who have accused Donald Trump of sexual misconduct. Now some Democrats believe that doing so would put them at a, we’re not better than Republicans, level, because Donald Trump himself did that during one of the debates. He brought the women who had accused Bill Clinton of sexual misconduct to be his personal guests in the audience.

Personally, I think at this point being no better than the Republicans is kind of the fight that you have to have. You have to show a little bit of backbone and I think Representative Lois Frankel from Florida was attempting to do that, until she got shot down by Nancy Pelosi. Now don’t get me wrong, bringing any sexual assault survivor to the State of the Union address is important. Right now in the United States this is one of the biggest social issues happening, all around the globe really. Highlighting these women, bringing them to the State of the Union address on another national platform is what is needed to help continue to elevate their stories and their struggles.

However, we cannot continue to ignore the fact that Donald Trump has been accused of sexual misconduct by no fewer than 18 women. Some sources, such as Huffington Post, have actually clocked that number up closer to 40 different women. He is currently being sued by women for his sexual assault I guess tendencies according to these women.

So why not bring them there? Why not finally hold Donald Trump accountable for his actions, when every other high ranking, high profile man in this country who’s done this kind of disgusting behavior, is being held accountable and rightfully so? Donald Trump also needs to face the consequences for this. So I disagree strongly with Nancy Pelosi on the idea that we shouldn’t bring Trump’s particular victims to the State of the Union.

I would love to see that audience packed full of them, because those women, just like every other woman in this country, deserves to be heard. Donald Trump, just like every other scum bag man in this country who’s done it, deserves to be held accountable and for the public to fully understand what this man has done to women throughout his entire life.