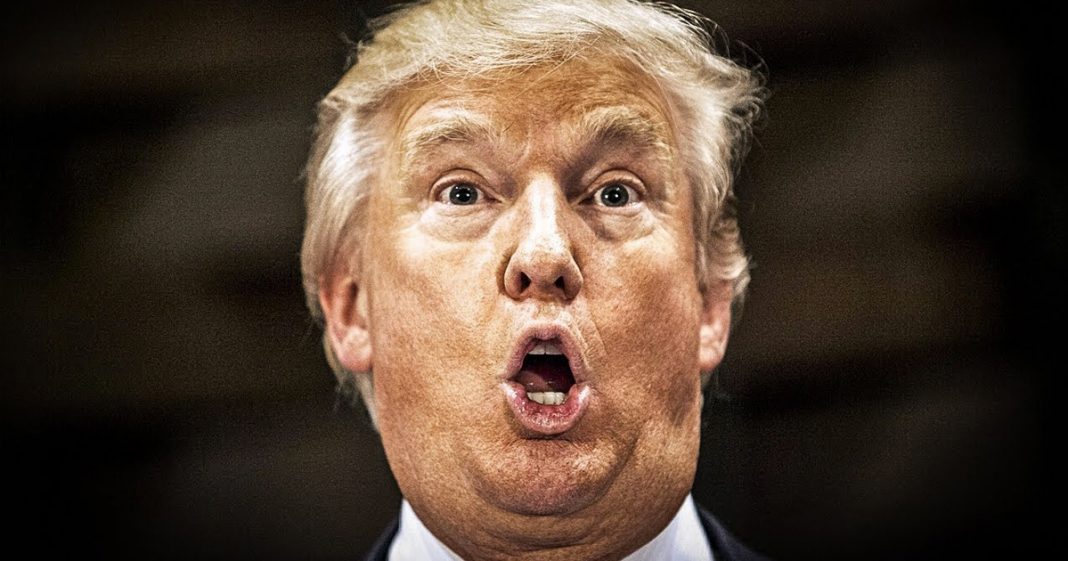 Democratic Senator Dianne Feinstein, with the support of other Democrats, released the full testimony of Fusion GPS co-founder Glenn Simpson, after Republicans had leaked selected information previously in an attempt to make Fusion and the Democrats look bad. Well, the full transcript puts even more potential Trump criminal activity on the table, and that gives us a clear picture of why the Republicans didn’t want the full transcript released. Ring of Fire’s Farron Cousins discusses this.

Not that long ago Fusion GPS co-founder, Glenn Simpson along with Fusion GPS lawyer, Joshua Levy, testified before Congress about the contents of the Michael Steele dossier. Now, in case you’re not familiar with it or if you’ve forgotten all about it, Fusion GPS was the group that ended up hiring Michael Steele. He put together the Trump dossier that included many claims including the one of the [P tape 00:00:25], which unfortunately still has not yet been confirmed. However, many other claims within that dossier have been confirmed.

Republicans wanted to bring these guys in front of congress to basically embarrass them and to show that the democrats were 100% behind this, and that the dossier itself was completely fake. Earlier in this year, just a few days ago actually, republicans decided to leak selected transcripts from that testimony, refused to release the full transcripts. They took some out of context to try to make it look like the democrats had done some dirty dealings here. Well, yesterday, Senator Dianne Feinstein with support from members of the judiciary committee, the democrats committee, I should say, released the full transcript against the wishes of committee chairman, Chuck Grassley.

She releases the full thing, everybody jumps into it and tries to find out exactly what happened. Basically, what you would expect to find in there is what was found, and it’s all bad news for Donald Trump. According to the testimony of Samson and Levy, basically what happened with this particular dossier was that they hired Michael Steele to go and investigate some of the things they wanted to find out about Donald Trump. What Michael Steele learned was so concerning that he himself went to the FBI to tell them what he had found as part of his investigation. Furthermore, a member of the Trump, I don’t know if it was campaign, administration or Trump company, but somebody close to Donald Trump corroborated that story that Michael Steele told the FBI.

Essentially, and technically, the FBI has already heard some of that from that same source within the Trump organization, so the FBI knew what Donald Trump was up to. They knew he had some dirty dealings, but it actually has a little bit less to do with Russia than it does with Donald Trump committing, I guess what you would call potential tax fraud. According to the findings and this was revealed in the full transcript, Donald Trump owns many properties all over the planet. As it turns out, most of them actually don’t make any money, but Donald Trump doesn’t want people to know that. They do not want the public, I should say to know that he’s not making as much money as he tells us.

They went to countries where you’re forced to reveal that information, particularly Ireland and Scotland and they obtained it, found out that his golf courses over there are not making any money, and they believed that other countries such as Russia, may have had this information and were using it to then blackmail Donald Trump into being more friendly to them should he win the election. It also helped to corroborate along with the mole I guess, inside the Trump organization that yes, the Trump people were concerned with Russia, and wanted to know their opinion on things prior to the election. They wanted to know what kind of dirt they had, and then of course later on, we had that meeting with Trump Junior and the Russian lawyer, Natalia Veselnitskaya.

That’s kind of where we’re at today. You can read through the full transcript of that interview, you’ll find these things and many more. The bottom line is that Donald Trump could have potentially committed some kind of tax fraud and that’s what Fusion found. Again, republicans have been telling us that this entire dossier is fake. Well, no, it’s not and the FBI knows it. The FBI just chose not to do anything about it in spite of Donald Trump calling them the deep state, saying they’re out to get him, they were actually the ones that protected him. Because they could have taken him down at any point prior to the election because they knew. Not just from the Steele dossier, but from that mole inside the Trump organization. That’s where we are today.

I guarantee you, if the FBI already knew about it, Robert Mueller, the special prosecutor also knows about this, and he’s looking into it. As Steve Bannon himself as admitted, if they look into Donald Trump’s finances, they’re probably going to find some money laundering there. That’s what we’re probably looking at at this point. Trump devalued his properties on his disclosure forms in order to hide that money, send it other places, other companies that were not making any money. He inflated their value, there’s something fishy there. I have to hope that somebody, one of the investigators looking into this understands that and has found the evidence that they need. As far as any claims that this Steele dossier is completely fake or that it’s just propaganda put together by democrats, this full testimony released by Feinstein proves that those are absolute lies.