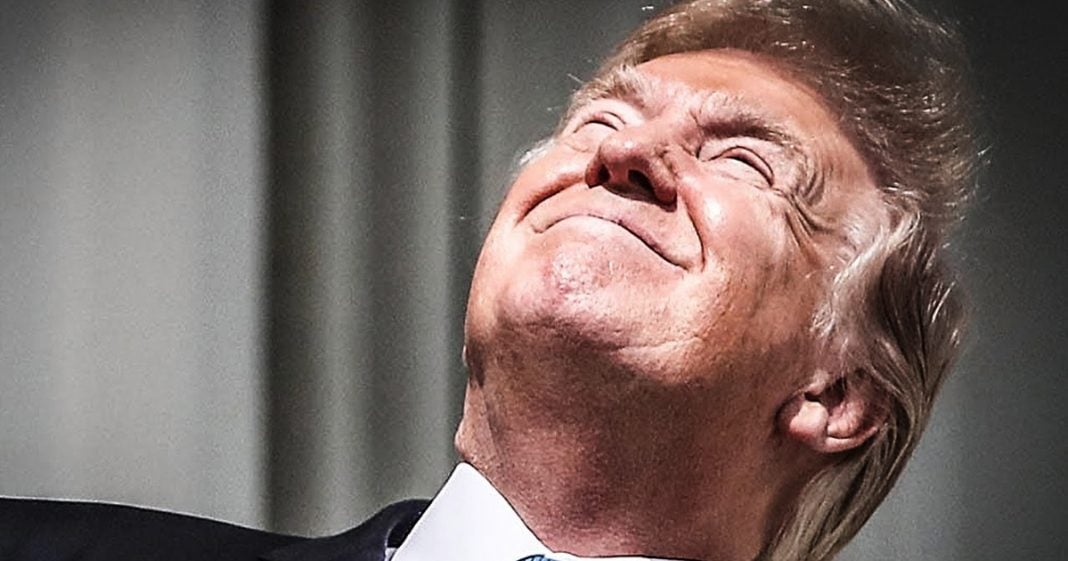 Democratic Representative Brendan Boyle has sponsored a piece of legislation that would require mental health examinations for the President of the United States, and possibly even those seeking the office of the Presidency. The legislation is known as the STABLE GENIUS Act, a jab at Trump’s tweets over the weekend. Ring of Fire’s Farron Cousins explains why this legislation is a very smart idea, regardless of Trump, and why it just makes sense to make sure that the POTUS is mentally fit for the job.

I’m sure everybody understands at this point, over the weekend Donald Trump had to tell the entire world via Twitter that he was, in fact, a very stable genius. Well, it actually hasn’t taken long for Democrats in Congress to put forward legislation for Donald Trump to basically put his money where his mouth is. Representative Brendan Boyle, a Democrat from Pennsylvania in the House of Representatives, has sponsored legislation called the “Stable Genius Act” that would require presidents and presidential candidates to undergo full psychiatric evaluations and mental health exams in order to run for president and in order to keep their job as president of the United States.

Now, the name of this act, the Stable Genius Act, is obviously a critique of Donald Trump’s tweets, but the humor in that aside this actually is a very important and vital piece of legislation that we need in the United States, not just because of Donald Trump. This is something that should have been put in place decades ago. There is absolute no reason whatsoever why people seeking the highest office in the land, seeking the sole authority to launch a nuclear strike against any other country in the world, there is no reason why we shouldn’t make sure that this person is mentally capable of fulfilling the job of the presidency, regardless of Donald Trump.

Even if we had a Democrat in office right now, Hillary Clinton or Bernie Sanders or Elizabeth Warren, it should still be required that they go through these mental health exams so that the public knows and has faith in the fact that the president of the United States is not a raving psychopath who’s gonna go off the rails and bomb a country off the map just because they get mad at a tweet. That’s what we need as a country. We talk about security all the time. We talk about we need security on the border. We need security from Islamic terrorism. We need security from the president of the United States regardless of their political affiliation. That’s where we should start.

If we want true security here in the United States, how about we make sure that our elected officials are up to par? How about we make sure that they’re not suffering from some kind of disease or other mental illness that’s going to put the entire country in jeopardy? That’s what Brendan Boyle is trying to do here. That’s what this legislation is about. Yeah, it’s a dig at Trump, but it’s also something that’s sorely needed in this country and I wholeheartedly support what they’re trying to do here. No, I don’t think it’s an invasion of somebody’s privacy if we find out their mental health level, I guess. If they’re seeking the highest office in the land, you’re giving up that privacy.

We should be able to see your tax returns. We should be able to see your physical results. We should understand everything about you so that we know that you are physically, mentally, and otherwise competent morally, ethically, all of that to fulfill the duties of president of the United States. That is what this legislation is attempting to do. Now, let’s be real here. It really has no chance of succeeding in the House of Representatives or in the Senate because Republican control. But if Boyle just saves a copy of this and maybe if Democrats take back the House and Senate in this coming November, I would love to see this piece of legislation be the very first thing that the House considers when they get sworn in next January.