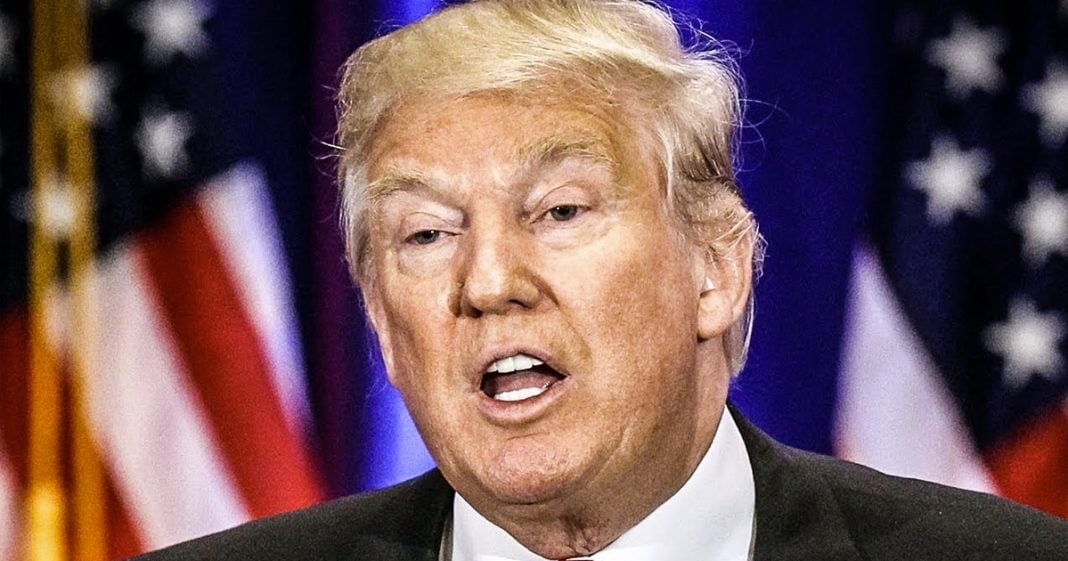 Over the weekend, Donald Trump decided that the best way to convince the American public that he isn’t insane was to tell us flat out that he’s “like, really smart” on Twitter. The tweet went over as well as you would expect it to, and has created a whole new world of problems and more questions about his mental instability. Ring of Fire’s Farron Cousins discusses this.

After a week of reports coming out, pretty much all of them related to Mike Wolff’s book, Fire and Fury, Donald Trump woke up early Saturday morning on the weekend and decided to attempt to convince the American public that he was, according to him, a very, stable genius and he did this in true Trump fashion, on Twitter.

According to what the President tweeted out early Saturday morning, he is not only like really smart, he’s pretty much a genius because the first time he ever ran for president, he won it, as if that’s never been accomplished by anyone running for president in the history of this country.

Here is the exact tweet. There was a series of them, but I’m only gonna read just a little bit of it. “Actually, throughout my life, my two greatest assets have been mental stability and being like really smart. Crooked Hillary Clinton also played these cards very hard and, as everyone knows, went down in flames. I went from very, all caps on very, successful businessman to top TV star to President of the United States on my first try. I think that would qualify as not smart, but genius. And a very stable genius at that.” Donald Trump concluded in his tweet. So, there you have it folks, I mean, if you had any question whatsoever about the President’s mental stability, not only is he very stable, but he’s also a genius.

As likely hundreds of thousands of people pointed out to the President on Twitter, if you ever have to go out and tell people that not only are you very mentally stable, but that you are also a genius, it’s very likely that you are, in fact, neither. And I think that’s perfectly sums up what’s happening with Donald Trump. And him saying that one of his greatest assets has been mental stability, is about the same as me saying that one of my greatest assets is my hair. It’s not there, therefore, really not a great asset for ya, buddy. But the bottom line is that Donald Trump clearly is losing his mind and he has no other way to convey to the public that, no, maybe I’m not, other than Twitter and if that is your preferred means of communication to millions of American citizens, then yeah, probably losing on the “I’m totally mentally stable” battlefield.

Donald Trump is not a mentally stable person. Donald Trump is sure as hell not a genius and let’s go even further, I don’t even think that Donald Trump is smart. The only thing this man is good at is conning people, which I guess you could classify as a kind of smart, but all he managed to do was go out and find a few million people in this country dumber than him who were willing to vote for him and give him enough electoral votes for him to win the presidency. That’s not genius level intellect, that’s a con man doing what he does best.