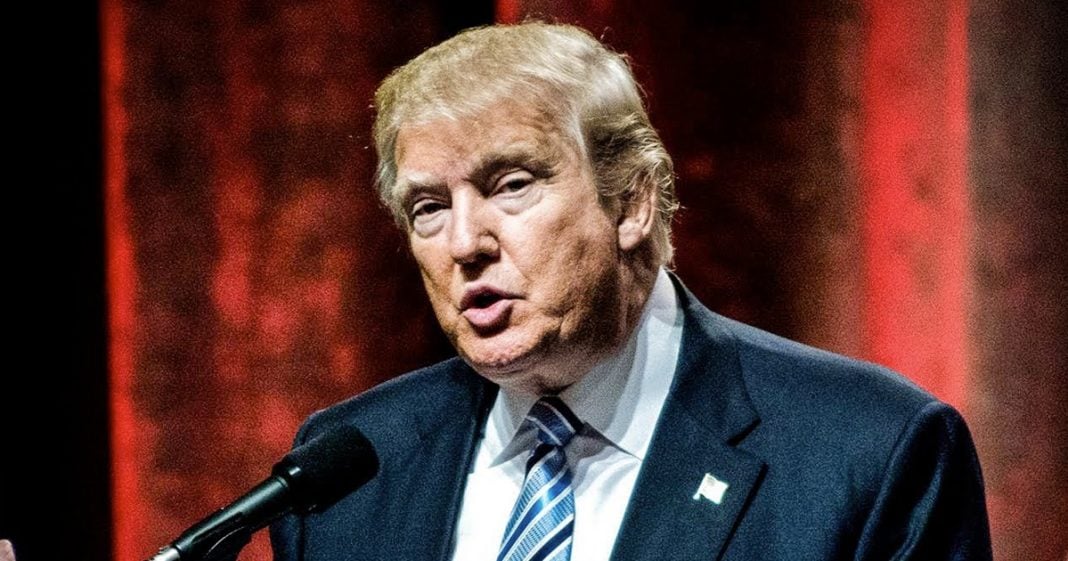 If you were looking to forward to seeing who would be walking the red carpet for Donald Trump’s Fake News Awards show, you’ll have to wait another week and a half. On Sunday, Trump announced that he’s handing out his awards on Wednesday, January 17th, instead of Monday the 8th. We’re not sure what caused this event to be postponed, but Ring of Fire’s Farron Cousins explains why this entire situation once again proves that Trump is unfit for office.

I know most Americans were looking forward to watching Donald Trump’s fake news awards Monday evening, and unfortunately on Sunday the president announced that the fake news awards are actually going to be held on January 17th, rather than January 8th as he had originally promised.

Here’s what the president tweeted out on Sunday. “The Fake News Awards, those going to the most corrupt and biased of the mainstream media, will be presented to the losers on Wednesday, January 17th, rather than this coming Monday. The interest in, and importance of, these awards is far greater than anyone could have anticipated.”

Now, first and foremost, Donald Trump said that they’re going to give awards to the losers. Now, I think a lot of people are still trying to figure out if he meant that if you win this award you are in fact a loser, or if you lose by not winning you somehow still get an award. It’s not very clear because obviously Donald Trump is not a very smart person and doesn’t know how to use words very well.

But the biggest issue here is not that he’s, you know, tweeting this out, or even if he’s joking. It’s the fact that there are so many actual problems in this country, and Donald Trump’s biggest concern is the fact that people in the media are being allegedly mean to him, when in reality they’re just reporting the truth of what’s happening in this country.

Millions of people living in Puerto Rico are still without power. We have millions of them, I believe possibly hundred of thousands, still living in temporary shelters because their homes were destroyed down there in Puerto Rico. We have real problems in this country, and the president only cares that the media is not being nice enough to him.

So much so that he may or may not have, and we don’t even know at this point, he may have actually had awards created. Somebody from his administration may have gone to a trophy shop and had these things special ordered, with little name plaques on them, to hand out to members of the media while American people are dying because they don’t have electricity, they don’t have heat. Hell, we have schools in this country that are unable to turn on the heat in sub-freezing temperatures, because they don’t have the money to pay their damn bills.

But yeah, let’s focus on the fakies, or whatever you want to call them, these fake news media awards, as American citizens are dying because they’re not getting their basic needs as human beings met. Donald Trump is an abject failure, not just as a president but as a human being.