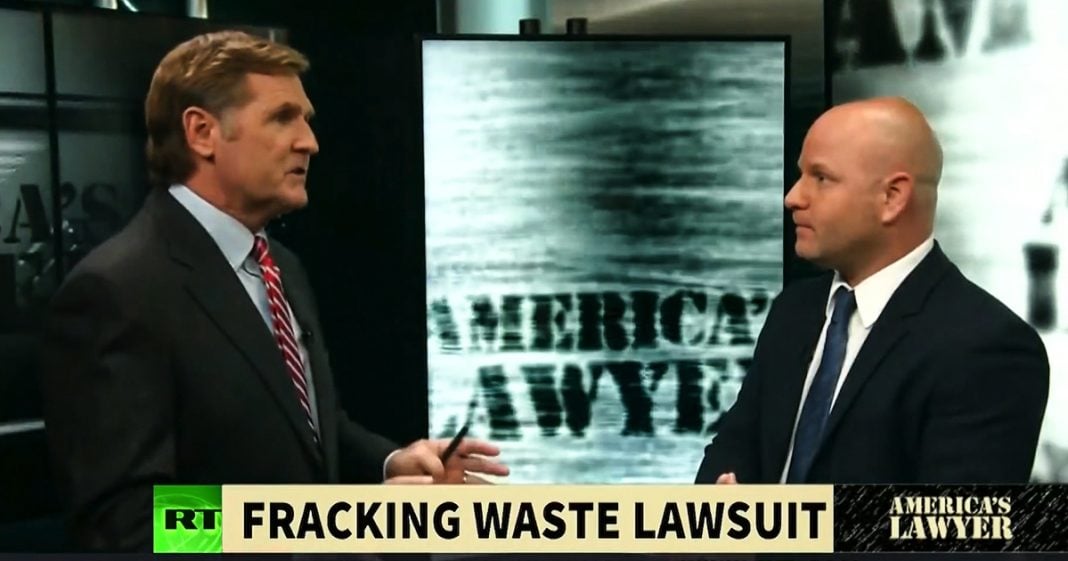 Via America’s Lawyer: Mike Papantonio is joined by Farron Cousins, Executive Editor for The Trial Lawyer Magazine, to talk about new lawsuits aimed at challenging the Trump administration’s decision to allow dumping of fracking waste into the Gulf of Mexico.

Mike Papantonio: The Trump administration is once again being sued by environmental groups, this time over their decision to allow fracking companies to dump their toxic waste into the Gulf of Mexico. It’s poison. Joining me now to talk about this is Farron Cousins, executive editor for Trial Lawyer Magazine. Farron, you’ve written extensively about the BP disaster, and so it’s not like we don’t have enough poison in the Gulf of Mexico. On top of that you’ve got the entire Mississippi sludge coming in from all over the United States. You’ve got that area around oil refineries. We’re polluted. There’s an area as big as Arizona that’s polluted in the Gulf of Mexico, so bad that they call it the dead zone. But now these boneheads want to say, hey, dump your fracking material in.

Farron Cousins: Well, you know, we’ve already got a point right now in the United States in the Gulf of Mexico, 75 billion tons of oil company waste going into the Gulf of Mexico every year, before this fracking decision was even made. That doesn’t include the dead zone. So, now we’re talking about adding more to it, and the problem with the fracking chemicals, and that’s the basis of this lawsuit, one, we don’t know what they are. We do not know what is in these fracking chemicals. We know there’s diesel fuel. We know there’s other carcinogens, but every kind of chemical compound mixture per fracking company is different, and the lawsuit says, look, this is going to have untold consequences on marine life, on the economic livelihoods of those of us on the Gulf Coast. It’s a recipe for disaster, and this administration does not seem to care one bit.

Mike Papantonio: The tap water coming out of a tap, you can strike a match and the fracking material will set the water on fire. How bad could this be?

Farron Cousins: This could be the end of the Gulf of Mexico as we know it. When you combine it with everything else that’s happening, with the BP oil spill, which is seven and a half years ago, but there’s still tar balls and tar mats all over the floor. When you look at the dead zone that’s getting bigger every single year, when you look at the 75 billion tons of waste already out there, to add fracking chemicals to it, that’s going to be the straw that breaks the camel’s back here. I mean, we can’t poison and poison and poison these waters anymore, and just assume that the marine life is somehow going to evolve to accept this. There’s going to come a point where we’re going to poison it so much, there’s no coming back, and I’m afraid that with these fracking chemicals, considering its 600 plus different chemicals per frack site, this could be the end of it.

Mike Papantonio: Yeah, and again, it’s all a mystery. We have no studies to know what the latent effect of this is.

Mike Papantonio: Farron, thank you for joining me.