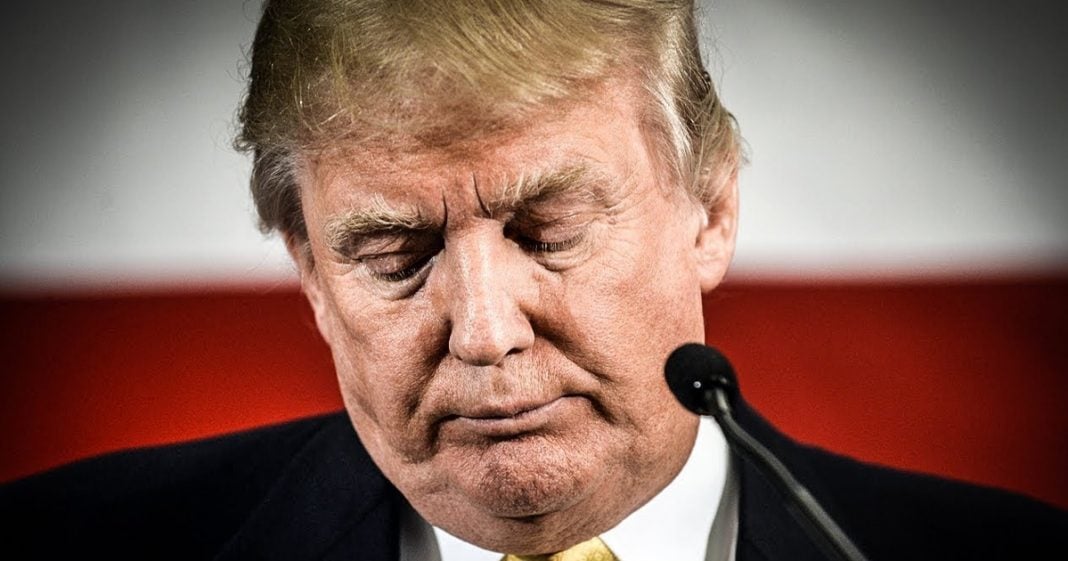 According to Michael Wolff’s new book, and subsequent interviews with White House insiders, some of the people closest to Donald Trump don’t believe that the President is going to finish his first term in office. With the new allegations levied in the book and the willingness of former confidants to turn on him, this seems like a very likely scenario for Trump, as Ring of Fire’s Farron Cousins explains.

One of the more interesting things to come out of the Michael Wolff book, Fire and Fury, that was released earlier this week, they actually gave it an early release because Donald Trump was giving it so much free publicity, sold out in areas all over the country, but one of the more interesting claims made in this book, and this happened in interviews that took place months ago, is that a lot of senior advisors and staffers for Donald Trump at the time these interviews were being conducted for the book do not believe that this man will finish his first term as president of the United States. They believe that something will happen that will either cause the president to resign or to be removed from office.

Here’s what’s so interesting about that. These statements from top advisors and staffers actually happened before the indictments with the grand jury by Robert Mueller came out. These statements came before the book was published and gained all the publicity for making these claims about Donald Trump Jr. committing treason and Jared Kushner possibly laundering money. These claims were made by people who just saw the everyday operations in the White House, and yes, they knew the Mueller investigation was going on, and even then, they predicted that Trump would not finish his first term in office.

The odds for him being impeached this year are greater than the odds given for him staying in office through the end of the year, according to betting sites and statisticians. Donald Trump is more likely to not be president at the end of the year than he is to be president at the end of the year, so it is a pretty safe assumption for these people to come forward and say, “Yeah, I don’t think he’s going to make it past his first term,” especially if Democrats manage to sweep the 2018 midterms, then the likelihood of him staying in office drops even further. Of course, that wouldn’t take place. They wouldn’t take office until 2019. Still probably going to be out the door before the end of his first term.

But they won’t, because just like Donald Trump, they’re incapable of admitting that they made a mistake, and the biggest mistake that Donald Trump ever made was thinking that a person as corrupt as him could become president of the United States and avoid any kind of investigation about all of the potentially shady things that he has done throughout his entire life.