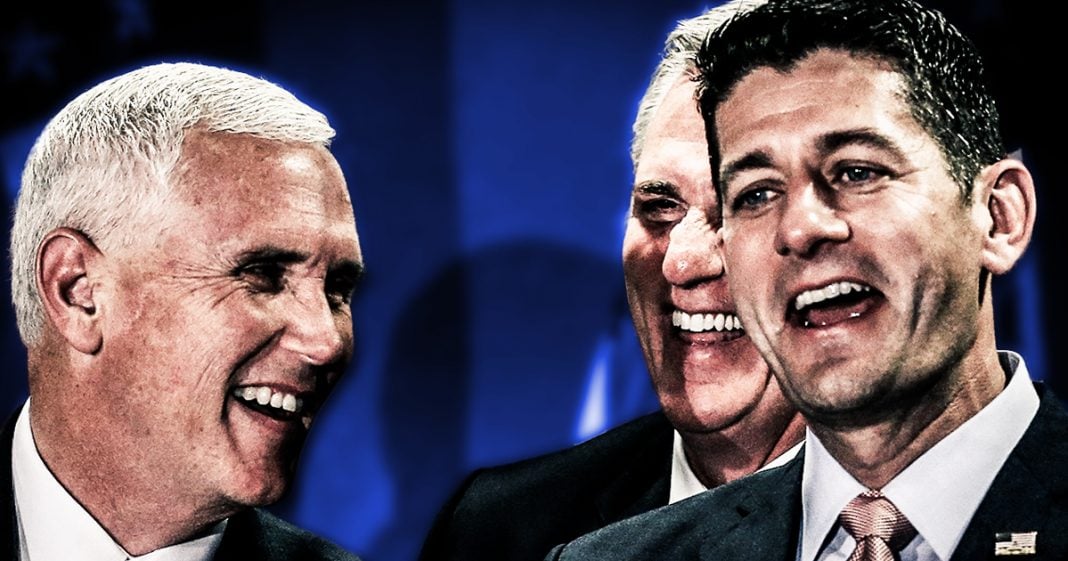 With 2018 officially underway, we can start gearing up for the midterm elections. We may still have ten months to go before we head to the polls, but Republicans and the voters who still claim to support them, need to reminded every day that they have sold out the American public and gone against our collective wishes in order to appease Donald Trump. They were more afraid of Trump than they were of their voters, and as Ring of Fire’s Farron Cousins explains, we can make them regret that in November.

To say that 2017 was a bad year for the American public would be a very gross understatement, at this point. Right at the end of the year, the Republicans decided to pass their disastrous tax cut package, which cuts a lot of social programs for needy Americans in order to give the millionaires, and billionaires in this country, a $1.5 trillion tax cut. Republicans, the Republicans who supported this legislation, which is almost all of them in Washington D.C., sold you out. They sold out the entire American public, because they know this is going to create a diaster for the economy.

This year, we’re in 2018 now, and we all know what happens in 2018, we have mid-term elections in November. So, we’re 10 months away from being able to send Republicans a message, and that message is, “You sold us out, because you feared your donors, or more importantly, you feared Donald Trump more than you feared your voters, the people who put you in office in the first place. We control your future, we control your destiny, yet you decided to bow down at the altar of Trump, at the altar of big money, because you were more afraid of what he would do to you than what the voters would do to you at the voting booth.”

This year, in 10 months, we have the opportunity to show them that they made the wrong decision. We have the opportunity to show them that we’re more powerful than the people who write the checks, and we are. If you think that we’re not, then you’re part of the problem. If we show up in the numbers, we can change things in this country, we just saw it happen in the state of Alabama. Do you know why Doug Jones won? It wasn’t because Roy Moore got busted for diddling kids, it’s because people showed up. Specifically, African American women, they swayed that election, because they got out there.

If we do that again, and even the most gerrymander parts of this country, we could still make a difference, and send a message to those idiotic, cowardly Republicans who sold us all out, and tell them one more time, “We are the powerful people in this country. It’s not the people who write your checks, it’s not that little orange Cheeto sitting in the Oval Office, it is us. It is the people on the street, the people who go to work every day, the people who are out there busting our asses to make life livable for the rest of you. We’re the ones who hold the power.” In November of 2018, we’ve got the opportunity to show Republicans exactly that.