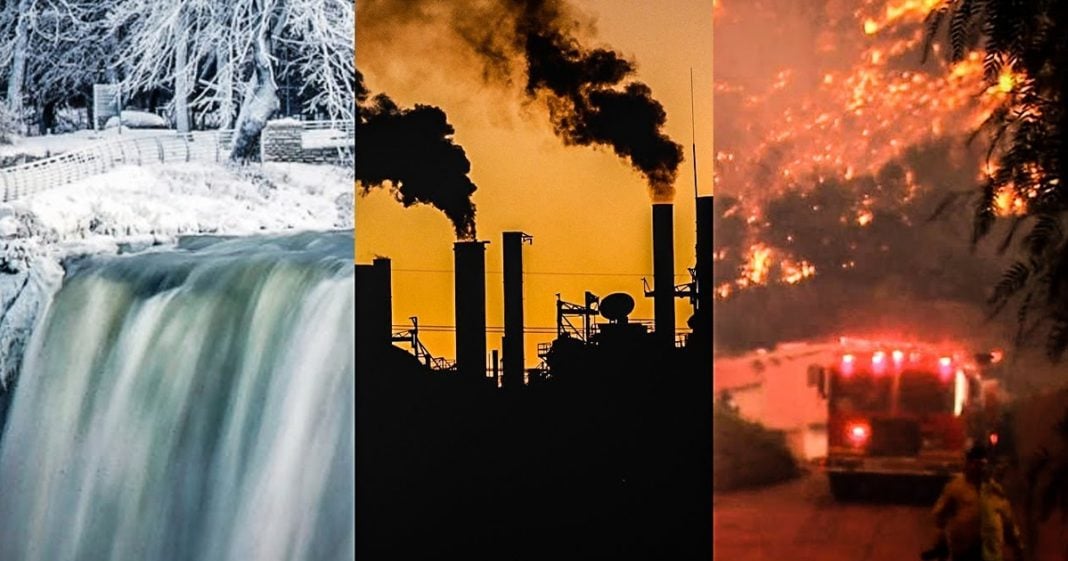 According to an op-ed written by a former EPA intern (that was confirmed by several people who worked with her during her time as an intern this past summer) the EPA under Scott Pruitt is actively removing mentions of the phrase “climate change” from both their social media accounts and their online websites. By choosing to ignore the problem they are putting every American citizen at an increased and unnecessary risk, as Ring of Fire’s Farron Cousins explains.

Recently, The Washington Post ran an op-ed by a woman named Katie Miller who served as an intern at the EPA in the summer of 2017. During her time there, Katie says that she was instructed to go through social media for the Environmental Protection Agency as well as the agency’s own website and remove mentions of climate change from both tweets and official documents and webpages of the EPA. This report has been corroborated and confirmed by other people who worked with Katie at the EPA at the time.

What this means, and this has been reported on in past months, is that the EPA is actively going through their own material and deleting mentions of climate change in an effort to confuse and mislead the public on the dangers posed to The United States by the growing threat of climate change.

Just recently, Donald Trump told us that because it’s cold, because we were going to experience the coldest New Year’s Eve ever in places like New York City and because we’ve got this massive winter storm about to barrel down on the Northeast, because of all of that, climate change obviously can’t be real because it’s cold and snowing in the winter in The United States, which it pretty much does every year.

Now again, I explained this before, Donald Trump is confusing weather with climate, as much of the rest of the world right now is going through an unseasonal heatwave and the year 2017 was actually on record as one of the hottest overall in record keeping history.

Yes, climate change is real. A winter storm does not disprove it. In fact, the severity of these winter storms only seems to further confirm it according to scientists, but here’s the thing, the EPA is once again choosing to bury their heads in the sand, pretend that climate doesn’t exist because they think if they don’t talk about it, if they don’t mention it, it’s not actually happening. It’s almost like to them, climate change is Beetlejuice and if you say, “Climate change” three times, it’s going to suddenly show up and start wreaking havoc, so the best thing to do is just not say those words whatsoever. To be honest, it actually has less to do with keeping the public in the dark as it does with keeping the fossil fuel industries happy, because they understand that the world is already passed the tipping point with regards to climate change at this point.

Our EPA is making the decision to basically just be stupid to protect the interests of the fossil fuel industry. We have word from people who were at the EPA, people who were instructed to remove the phrase “Climate change” from these websites and social media posts. We know this is what they’re doing. It is on all of us here in The United States to continue talking about it because unfortunately, at this point, the government agency in charge of keeping us safe from this threat has decided that they’re not even going to say it’s name.

Now, it’s on the rest of us to keep this issue alive and to work towards a better future where we’re not dependent on fossil fuel industry insiders like Scott Pruitt, who is more concerned about coddling an already profitable industry than he is about saving the lives of hundreds of millions of American citizens. That’s what’s at stake. The lives of everyone. The rich, the poor, more so the poor because they are more impacted by it, but nobody, regardless of your net worth, regardless of your political position, nobody comes out of climate change unscathed. I think it’s time that everybody realizes that.